( / ) ( / ) ( / ) ( / ) ( / ) ( / ) ( / ) ( / ) ( / ) ( / )
Trending Now
Anchorage co-founder sees ‘tons of opportunity’ as it...
Polygon [MATIC]: Chances of a toss-up could be...
Crude Oil Price Climbs Ahead of OPEC+ Meeting...
Kentucky Narcan Vending Machine Empty Day After Installed
Climate reparations ethical but not best fix: Climatologist
Custodian Anchorage Adds to Asia Push With Batch...
New Zealand Dollar Surges Against US Dollar, Australian...
Bitcoin Is Upbeat Above $20K as Investors Grow...
Seattle Chinatown residents up in arms over planned...
All the ways in which BNB’s face-off with...
Home Mutual Funds Zero-Sum Game
Mutual FundsNews 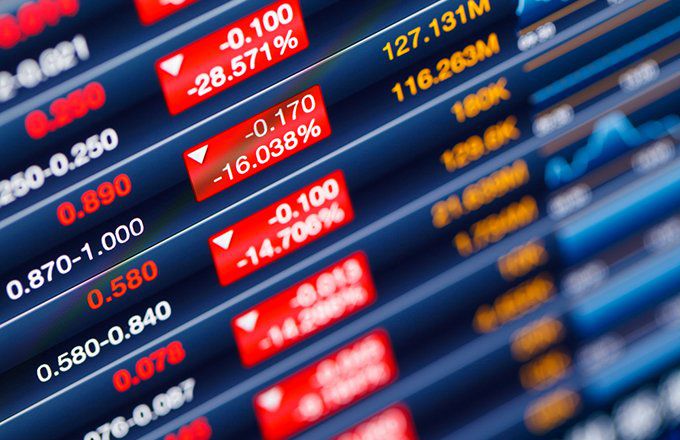 What Is a Zero-Sum Game?

Zero-sum is a situation, often cited in game theory, in which one person’s gain is equivalent to another’s loss, so the net change in wealth or benefit is zero. A zero-sum game may have as few as two players or as many as millions of participants.

In financial markets, options and futures are examples of zero-sum games, excluding transaction costs. For every person who gains on a contract, there is a counter-party who loses.

Zero-sum games are found in many contexts. Poker and gambling are popular examples of zero-sum games since the sum of the amounts won by some players equals the combined losses of the others. Games like chess and tennis, where there is one winner and one loser, are also zero-sum games.

Derivatives trades are also often cited as zero-sum games, since every dollar earned has to be lost by another party to the transaction.

Zero-sum games are the opposite of win-win situations—such as a trade agreement that significantly increases trade between two nations—or lose-lose situations, like war, for instance. In real life, however, things are not always so obvious, and gains and losses are often difficult to quantify.

When applied specifically to economics, there are multiple factors to consider when understanding a zero-sum game. A zero-sum game assumes a version of perfect competition and perfect information; both opponents in the model have all the relevant information to make an informed decision. Taking a step back, most transactions or trades are inherently non-zero-sum games because when two parties agree to trade they do so with the understanding that the goods or services they are receiving are more valuable than the goods or services they are trading for it, after transaction costs. This is called positive-sum, and most transactions fall under this category.

A positive sum game is where the net result is greater than zero, even though there may be some winners and losers. In economics, trade and exchange are thought to be examples of a positive sum game.

Game theory is a complex theoretical study in economics. The 1944 groundbreaking work “Theory of Games and Economic Behavior,” written by Hungarian-born American mathematician John von Neumann and co-written by Oskar Morgenstern, is the foundational text. Game theory is the study of the decision-making process between two or more intelligent and rational parties.

Game theory can be used in a wide array of economic fields, including experimental economics, which uses experiments in a controlled setting to test economic theories with more real-world insight. When applied to economics, game theory uses mathematical formulas and equations to predict outcomes in a transaction, taking into account many different factors, including gains, losses, optimality, and individual behaviors.

In theory, a zero-sum game is solved via three solutions, perhaps the most notable of which is the Nash Equilibrium put forth by John Nash in a 1951 paper titled “Non-Cooperative Games.” The Nash equilibrium states that two or more opponents in the game—given knowledge of each others’ choices and that they will not receive any benefit from changing their choice—will therefore not deviate from their choice.

Example of a Zero Sum Game

The game of matching pennies is often cited as an example of a zero-sum game, according to game theory. The game involves two players, A and B, simultaneously placing a penny on the table. The payoff depends on whether the pennies match or not. If both pennies are heads or tails, Player A wins and keeps Player B’s penny; if they do not match, then Player B wins and keeps Player A’s penny.

Matching pennies is a zero-sum game because one player’s gain is the other’s loss. The payoffs for Players A and B are shown in the table below, with the first numeral in cells (a) through (d) representing Player A’s payoff, and the second numeral representing Player B’s playoff. As can be seen, the combined playoff for A and B in all four cells is zero.

Options and futures trading is the closest practical example to a zero-sum game scenario because the contracts are agreements between two parties, and, if one person loses, then the other party gains. While this is a very simplified explanation of options and futures, generally, if the price of that commodity or underlying asset rises (usually against market expectations) within a set time frame, an investor can close the futures contract at a profit. Thus, if an investor makes money from that bet, there will be a corresponding loss, and the net result is a transfer of wealth from one investor to another.

Does zero-sum game mean all or nothing?

Yes. Often the terms zero-sum and “all or nothing” are used to describe the same phenomenon: where there can only be one winner, at the expense of the loser(s).

Why is it called zero-sum?

The term “zero-sum” comes from the fact that some situations require winners to gain at the expense of losers, such that the net value of the system remains unchanged. For example, a winner with +3 would result in, say, two losers, one with -1 and one with -2. The sum is zero (3 – 2 – 1).

What is a zero-sum game in relationships?

In the context of personal relationships, a zero-sum game implies that there can only be one “winner” at the expense of the other person or people. This can create conflict and tension.