The South African rand has been toying with the psychological R18/$ level this week without an established move in either direction at this point. While several headwinds face the local economy including escalating blackouts (loadshedding), today’s Chinese Manufacturing PMI beat for September helped the ZAR find some bids. China being the major importer of South African commodities has traditionally led to a positive correlation between the Chinese economy and the rand. As of this writing, gold, platinum, iron ore and coal are trading in the green with South African coal prices being supplemented by the increased demand in Europe due to the energy gap stemming from the ongoing Russian/Ukraine war.

Today’s relative ZAR strength comes against a backdrop of a strong dollar as markets keenly anticipate U.S. core PCE data (the Fed’s preferred measure of inflation) which is expected to come in higher than the July read – see economic calendar below. Later this evening we also receive the Michigan consumer sentiment print. Should actual figures come in line with forecasts for both data points, we may see the rand close above R18/$ today. 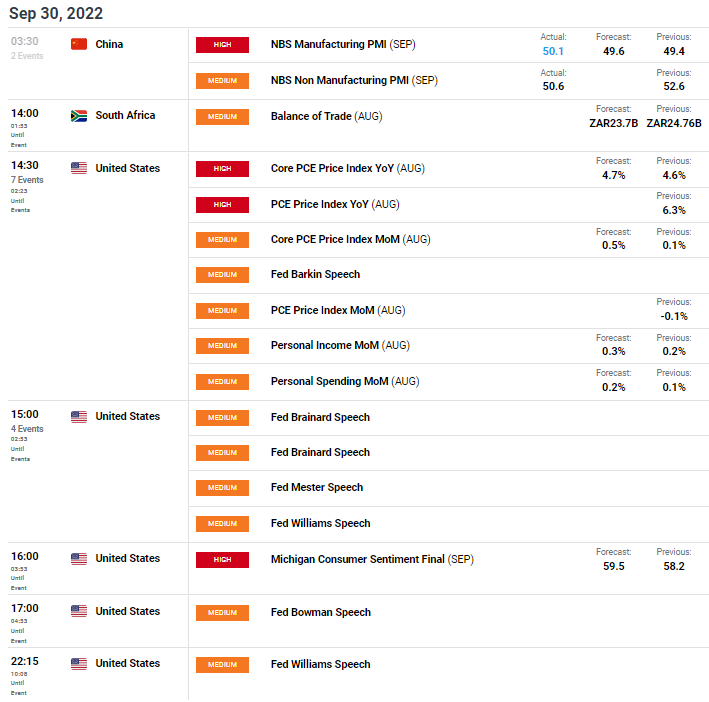 In addition, we saw Fed officials yesterday maintain the aggressive hiking narrative and with today’s lineup inclusive of hawkish members, I would be surprised if this changes.

From a South African perspective, balance of trade (difference between imports and exports) figures are scheduled this afternoon and is expected to remain in a trade surplus however, as a driver for USD/ZAR, I do not expect much price movement. 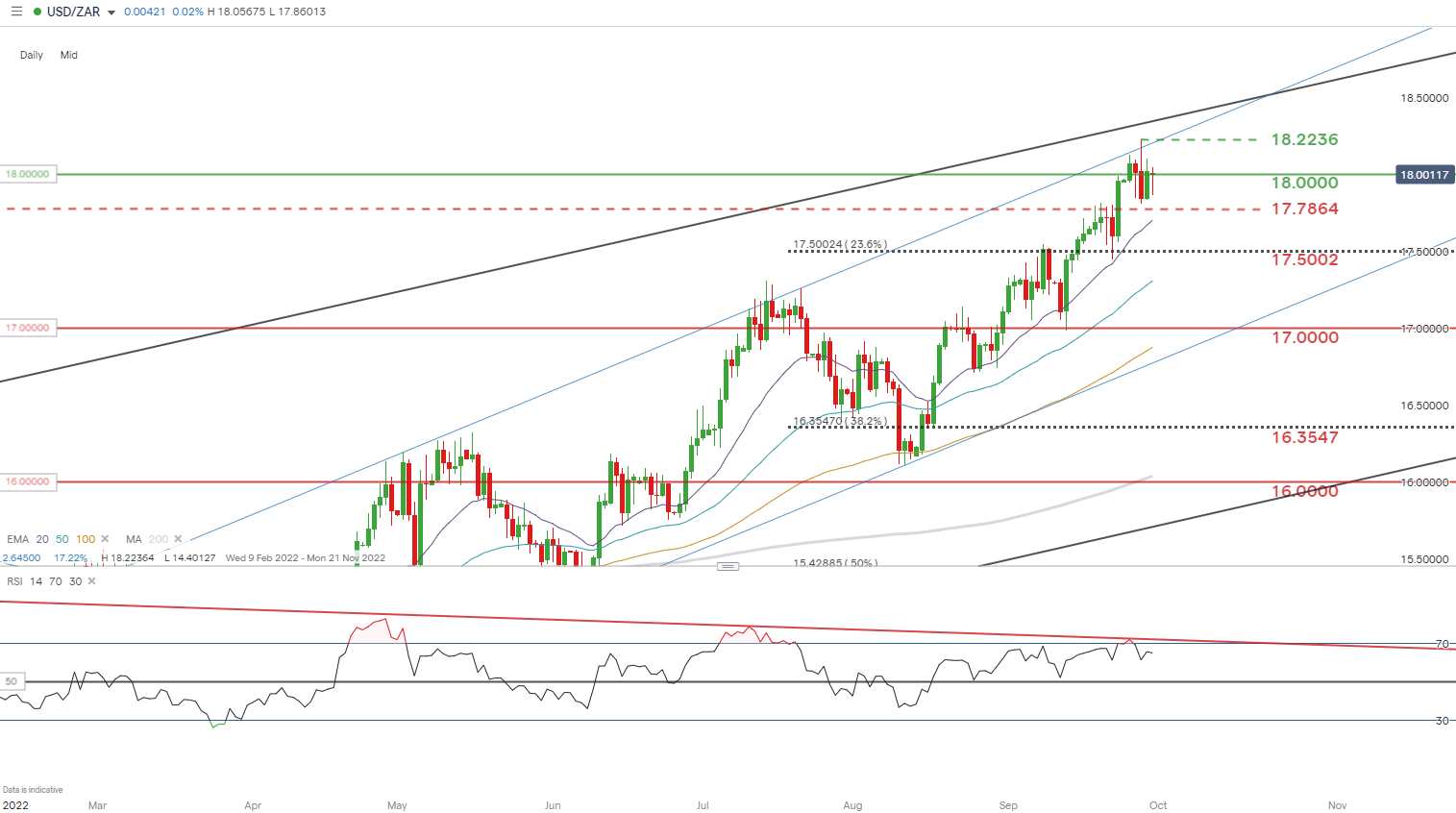 Daily USD/ZAR price action shows the aforementioned consolidatory move this week at 18.00 emphasizing its importance as a key area of confluence. A daily and hence weekly close above 18.00 may spark further upside next week however, if the Relative Strength Index (RSI) is anything to go by, lesser bullish momentum relative to price could point to bearish divergence. Bearish divergence normally results in a reversal to the downside but can be ambiguous in terms of timing. Everything hinges on the candle close for the week as a directional bias for next week – and could be catalyzed by the core PCE print later today.