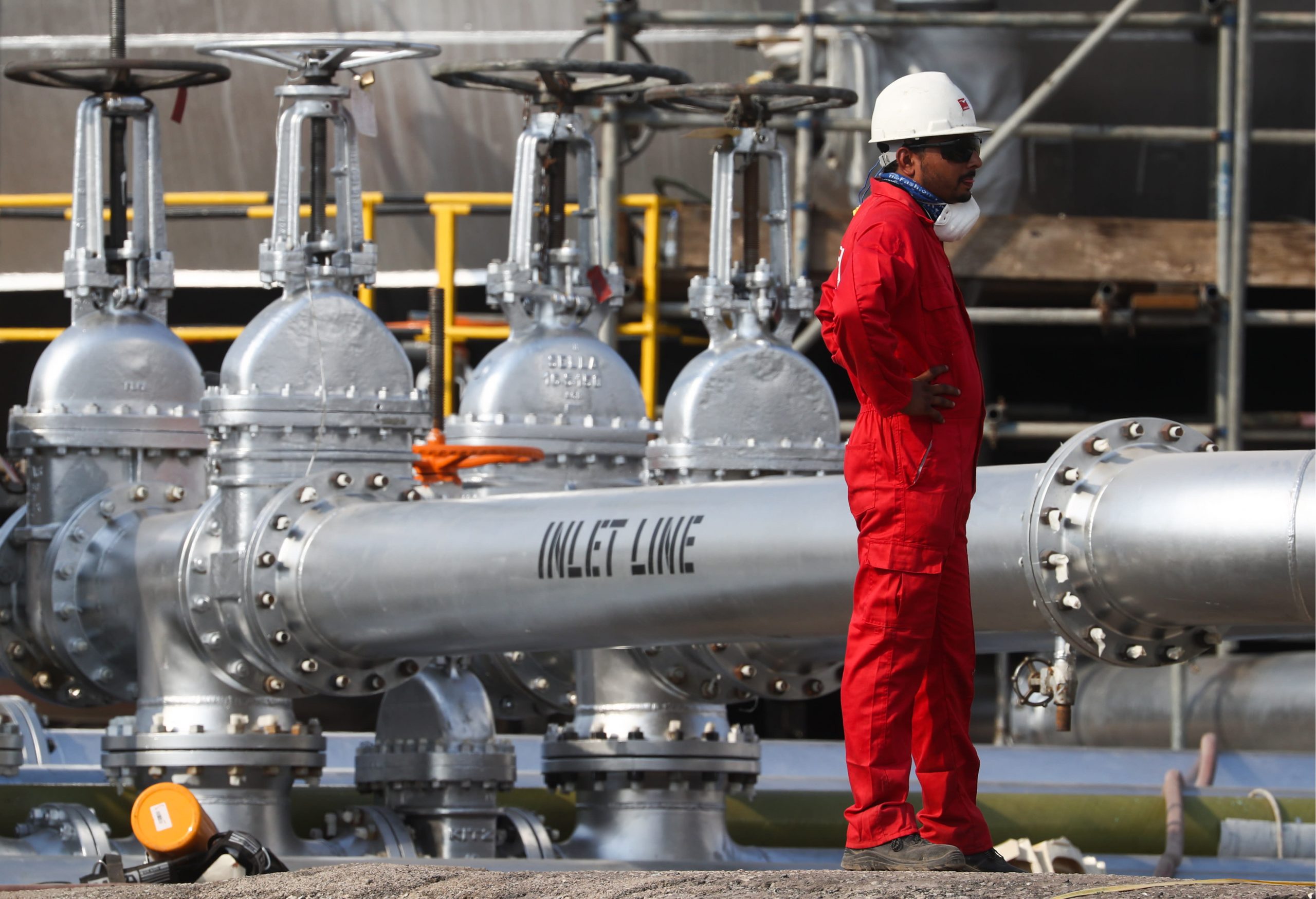 A worker at an oil processing facility of Saudi Aramco, a Saudi Arabian state-owned oil and gas company, at the Abqaiq oil field.

April is going to be a hellish month for the oil industry.

Already down more than 65% year-to-date, crushed by the coronavirus crisis and the Saudi-Russia oil price war, crude prices are set to tank even further when Saudi Arabia and others turn on the taps following the expiration of the OPEC+ output cut deal on April 1 that had reined in production to boost the market.

Oil at $20 per barrel was unimaginable a few months ago; now some forecasters are calling prices as low as $10 or even single digits as the world runs out of storage space and the global economy grinds to a halt.

But when the dust settles, many analysts believe it’ll be Saudi Arabia — even with its overwhelming reliance on oil revenue — that comes out on top.

The kingdom is willingly inflicting pain upon itself by slashing its selling prices and committing to increase production to more than 12 million barrels per day — a record amount — after a bid to cut output together with Russia failed. Its strategy now is going after maximum market share.

Despite the dire numbers, however, enduring months of fiscal pain while it pursues greater exports may ultimately pay off.

“Saudi will definitely be one of the winners on the other side,” Abhi Rajendran, director of research at Energy Intelligence, told CNBC. His call is based on the assumption that oil prices will rebound in 2021 post-coronavirus; his firm sees oil back up to $80 per barrel within three years.

Rajendran predicts Saudi Arabia’s market share will “definitely grow,” adding that “in a year or two they will have to increase production because the market will need it… and it will be ahead of the U.S. again in terms of volume.”

Still, many analysts expect production to drop after April when it becomes clear that the demand for all that crude just isn’t there.

Stephen Brennock of PVM Oil Associates described the Saudi policy as one of “short-term pain for long-term gain.”

“Like all oil producers, they will not be thrilled by the prospect of $30 oil for the foreseeable future… However, the ramp up in output and shipments will safeguard its long-term position in several key export markets,” Brennock said.

“I would not be surprised, at all, to see the oil market return to a tight supply environment in as soon as two years’ time,” John Kilduff, founding partner of advisory firm Again Capital, told CNBC.

… But the buyers could disappear

Still, with demand eviscerated by a world in lockdown fighting the spread of the coronavirus, the Saudis could fail to find enough buyers.

“If evidence reveals that Saudi Arabia can’t move all of that oil due to demand destruction from the coronavirus shutdowns then it could look very bad for the kingdom,” said Ellen Wald, president of Transversal Consulting and author of “Saudi, Inc.”

Indeed, the full economic blow of the global lockdowns hasn’t registered yet. Analysts at Dubai-based bank Emirates NBD warned that it will kick in “this quarter with the level of demand destruction likely to permanently alter the long-term trajectory for oil consumption.”

The International Energy Agency expects global oil demand to contract by a stunning 20% this year, and Japanese bank MUFG estimates demand in April to plummet by 8.5 million barrels per day.

Austerity for the kingdom?

China will likely be a top buyer for the cheap Saudi crude, but that may not be enough to make up for the demand drop from other major markets India and Europe. Plus, China getting discounted rates in April doesn’t guarantee they will keep buying from the Saudis in the future, Wald pointed out. “Unless Saudi gets someone to sign a long term contract, they haven’t ‘captured’ the market share,” she added.

The kingdom’s next moves to counter the oil revenue drop could include further borrowing, selling assets from its Public Investment Fund, accessing foreign cash reserves or even imposing austerity measures.

That could have wide-ranging consequences domestically, Wald believes. “There will very, very likely be more political repression because that will have to come with the hard choices.”