Why Russian oil groups are well positioned for a price crash 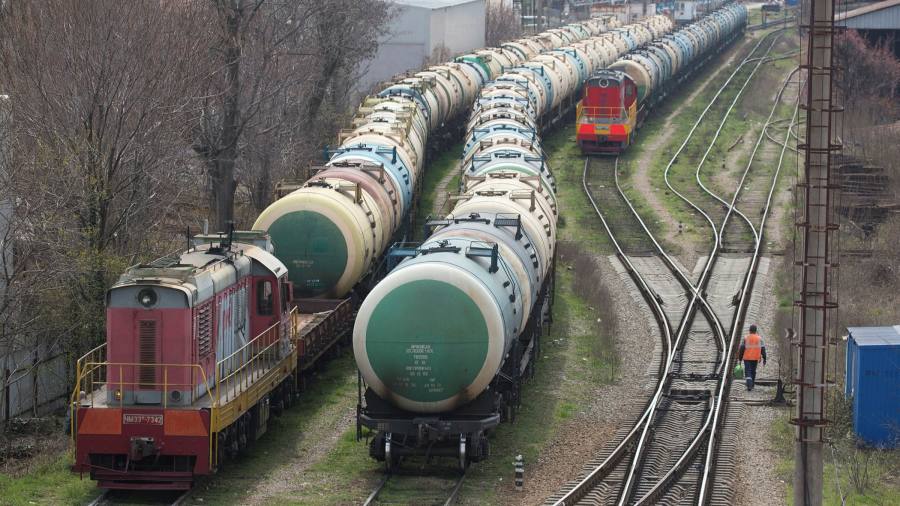 Two weeks after Igor Sechin engineered the end of an oil production pact between Russia and Saudi Arabia, sparking a price war that cut his own company’s valuation by 40 per cent, the boss of Rosneft was unrepentant.

“There is no need to dramatise these things,” said Mr Sechin, a close ally of President Vladimir Putin and chief executive of Russia’s state oil company. “Things are shaken up. But what consequences will this have? The [oil] market will be corrected.”

As oil demand has fallen because of the coronavirus pandemic — with cities quarantined, factories closed and airlines grounded — increased production by Russia and Saudi Arabia as they compete for customers has caused crude prices to drop by more than half in three weeks, to lows of $25 a barrel for the first time since 2003.

Mr Sechin believes that by pumping more oil, Russia can make life more difficult for rivals and help it expand its market share. In the short-term, at least, he has good reason to be confident.

Russia’s biggest oil companies are well positioned to withstand low prices for the next couple of years, given certain advantages they have over global rivals, and may still be able to turn a profit even if prices fall to $15 a barrel.

“Russia is as well placed as Saudi Arabia if not better to keep going in this price war,” said Amrita Sen at Energy Aspects.

The resilience of Russian oil companies to lower prices is partly a result of attempts by the US and Europe to hurt them.

Six years of western sanctions have restricted their access to foreign technology and capital. As a result, the vast majority of their costs and liabilities are in roubles rather than dollars.

Russia’s free-floating currency — unlike the Saudi rial and the United Arab Emirates dirham, which are pegged to the US dollar — is another boon. As oil prices fall, the rouble generally weakens, increasing domestic earnings per exported barrel.

It also has a tax system that reduces levies on producers in line with oil prices, and its producers have big foreign exchange reserves saved up over the past few years.

“Since the start of sanctions on Russia, the government and companies have been preparing for some kind of downturn,” said Mitchell Jennings, industry analyst at Sova Capital in Moscow. “Most companies were probably not expecting oil to decline as much as it has, but as of now, none of Russia’s majors are seeking bailouts.”

In Russia, when oil prices are high, the benefits for state coffers outweigh those for the companies. When prices crash, the opposite is true, and producers are exempt when the price falls below $15 for Urals blend, Russia’s local grade that is trading at close to $5 a barrel discount to Brent crude.

The system is designed so that at less than $25 a barrel “the industry goes into self-preservation mode”, wrote Alexander Burgansky, oil and gas analyst at Renaissance Capital.

Both Rosneft and privately owned rival Lukoil would make a pre-tax profit with Brent at $15 a barrel, assuming the rouble was allowed to weaken to about Rbs100 against the dollar, according to Mr Burgansky’s modelling. Even some smaller producers could continue paying dividends to investors at $10 a barrel.

According to company data, last year it cost Rosneft Rbs199 on average to extract a barrel of oil, and another Rbs202 to refine it: the total cost equates to about $5.

For many producers around the world, costs are far higher. In the North Sea, about a quarter of all fields would start losing money at less than $30 a barrel, according to Wood Mackenzie. Canadian tar sands production, US shale fields, and ultra-deep water projects off west Africa would also be vulnerable at this price.

However, there is a question over how much Russia and Saudi Arabia will increase supplies in the short term. The collapse in demand caused by coronavirus — estimated to be as high as almost a quarter of global consumption — means there will be little appetite for additional barrels in the near future.

And while Russia’s oil companies might be relatively comfortable for now, there are longer-term concerns.

The state relies on oil and gas sales for about 40 per cent of budget revenues. While the Kremlin has said its national reserves can help offset any reduction for the next six years, during previous price crashes Moscow has increased taxes to extract more cash from producers. Just this week, Mr Putin announced new taxes on bank deposits to fund a pandemic stimulus package.

The price war could also affect future output. Much of the country’s production comes from Soviet-era fields that are old and require heavy investment to maintain production.

If low prices for a number of years mean cuts to investment, output will start to fall at oilfields already at peak production.

Government officials say Russia can increase production by about 300,000 barrels a day in a matter of weeks, and by another 200,000 barrels over a longer period, with Rosneft accounting for the lion’s share. That compares with Saudi Arabia’s promised increase of supplies by 2.5m b/d alongside an eventual 1m b/d boost to capacity.

Other Russian producers have argued against Mr Sechin’s aggressive approach. Nail Maganov, head of Tatneft, the country’s fifth-largest producer, said this week it would be “difficult” to increase production. Lukoil is already planning to cut investments by $1.5bn.

While $33bn of new projects were given the go-ahead last year by Russian oil companies, Audun Martinsen, partner at Rystad Energy, said he expected that figure to drop to $10bn-$15bn over 2020 and 2021 combined.

“They will try to save capex in a way to protect profits, and the best way is to cancel most new field developments,” he said.