Why Is The Star Wars Franchise So Valuable? 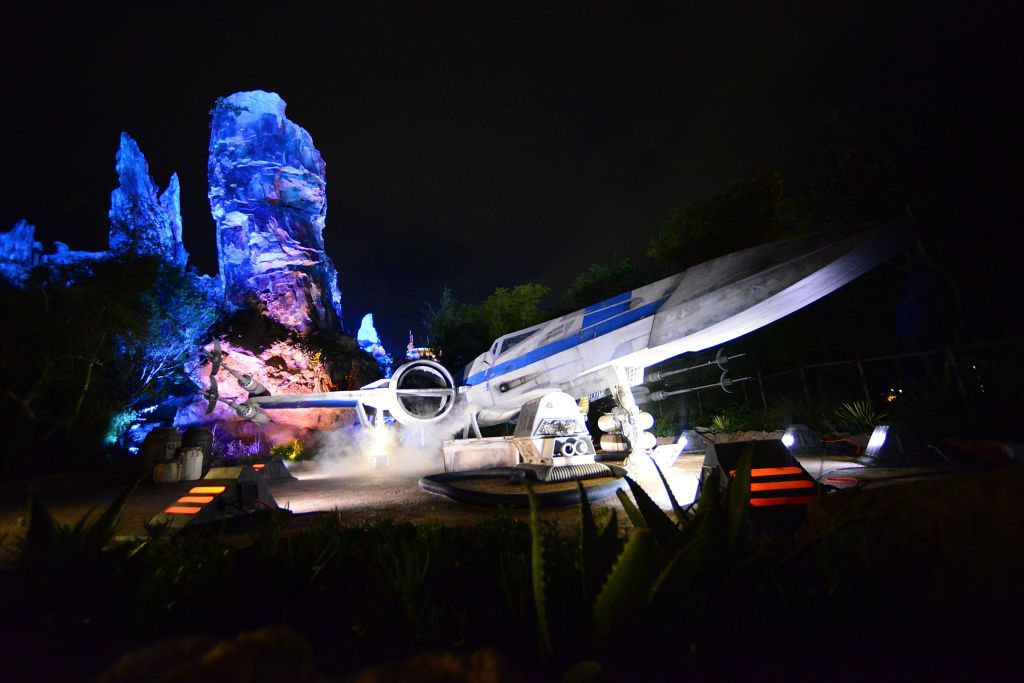 The Star Wars movies are one of the most famous and successful film franchises ever. When the first film was released in just 42 theaters in 1977, few could have predicted that the franchise would be around decades later—much less trading hands between two huge film companies for more than $4 billion. That’s the price Walt Disney (DIS) paid for Lucasfilm in 2012. The franchise accounted for the bulk of the deal’s value, though some consideration was paid to films in which Harrison Ford wears a funny hat.

The first Star Wars film spawned a number of prequels, sequels, standalone films, animated films, television series, and merchandise. Together these products have raked in trillions of dollars. So, why is the Star Wars franchise so valuable? What is its enduring appeal and why does it resonate with so many people?

The final Star Wars film relating to the Skywalker saga was released in 2019. In addition to the nine films, two other Star Wars movies—distantly related to the main storyline—are also made to keep fans sated. According to estimates, the 11 films have garnered more than $10 billion at the box office. Remember, that figure only includes box office receipts and does not take into account the billions of dollars that the movie has made off its franchise deals and merchandising. And three more movies are reportedly in the works.

The amount of cash and stock spent for Disney to purchase the Star Wars franchise from Lucasfilm.

Why is Star Wars Popular?

The numbers for Star Wars testify to its astounding success. Love it or hate it, the Star Wars brand is one of the most successful around, right up there with the ones for most well-known corporations. While it is difficult to quantify and delineate the exact reasons for its enduring appeal, there are some common elements it shares with all successful businesses.

A Story With Many Elements

Just like any other great film, much of the success of the Star Wars franchise is due to its story. On the surface, the Star Wars story premise is that of the classic good versus evil conflict. Within this core shell of a story, however, there are several interwoven themes and subplots. The Star Wars story is a mash of many dramatic, comic, and action motifs.

For example, there is the parable about the struggle for power between the Jedi underdog and the powerful Imperial army. Luke Skywalker’ relationship with his father traces a dramatic arc. His coming-of-age evokes wistfulness and resonates with adolescents. The Jedi lightsaber and the Deathstar add fantasy and action. Chewbacca is comedy. Yoda’s Buddha-like wisdom amidst chaos and disorder insert elements of spirituality. Add to this, the mystique and adventure of space and exploration and great costumes—that translate well for cosplay and Halloween. Memorable catch phrases and one-likers “Luke, I am your father” and “May the force be with you,” have also enhanced recall of the franchise’s story.

The Star Wars franchise was particularly well-managed throughout is expansion, with none of the spin-off content subtracting from the core story told through the movies. In fact, the stories of the video games and books are seen as an improvement over particular films.

When Star Wars: The Force Awakens was released in 2015, after a gap of ten years, Walmart ran an advertisement campaign “A New Generation of Fans is Born”. The retail behemoth had it right. The longevity and endurance of the Star Wars franchise means that it spans a broad age range from a 4-year-old kid, newly introduced to the franchise through its latest movie instalment, to the 70-year-old Grandpa reliving its thrills with the original.

Targeting multiple demographics is also smart strategy. It evokes a range of emotions—nostalgia, happiness, excitement—in fans. The producers of Star Wars further stoke demand by spacing out their releases. Each age range represents a new market and customer segment. There are those who enjoy the movies for their thrills and stellar direction and there are hardcore fans, who know each detail and argue fiercely about its nuances. That’s a far cry from its much more niche and nerdy sibling Star Trek.

The Star Wars franchise’s success owes as much to the intangibles of creativity as to the tangible figures resulting from innovative marketing and distribution. The franchise has several innovations to its credit. Unlike other movie franchises, which release merchandising and action figures after the movie’s release, the directors of Star Wars built up anticipation for the blockbuster by releasing novels and comics before its release. For example, Alan Dean Forster, a writer, novelized Star Wars Episode IV: A New Hope, the first movie in the franchise, six months before it was released.

Charles Lippincott, who was responsible for marketing the movie, substantially increased his budget after he was hired and expanded the franchise’s intellectual property universe to include multiple products, including posters, costumes, and clothing. “It (the franchise) created new ways for us to engage the audience, which resulted in more fan fervor,” he said in an interview.

The IP universe has only expanded since. Now it encompasses mugs, theme parks, kid’s beds, and barbecue utensils. Besides ensuring a family audience for Star Wars movies, a PG rating also expanded the product portfolio for its franchise. In fact, Lippincott said that if “Star Wars wasn’t aimed at a PG audience, we’d even have condoms and sex toys.”

The innovative marketing of Star Wars is complemented by Disney’s distribution chops. Take a look at the company credits for the movie’s distribution. It is littered with the names of big studios across the world coming together to ensure that the franchise is available to the widest possible audience in all corners of the world. In recent times, social media has amplified The Force’s message to fans. Facebook and Twitter have become vital channels for the movie’s marketing team to connect with fans.

Disney’s hefty reach run towards its various divisions. They collaborated with each other to make the Star Wars franchise a monster hit. For example, during the promotions of “The Force Awakens”, show anchors at ABC, a division at Disney, presented in Star Wars regalia.

The first trilogy was released between the late 1970s and early 1980s, and was followed by the second trilogy—known as the prequel trilogy—from 1999 to 2005. The sequel trilogy to the original Star Wars films opened in theaters in 2015, with the final film set for release in 2019. The four films that Disney produced after purchasing the franchise raked in $4.8 billion at the box office.

Star Wars also released a 2008 animated film based on the animated series that ran between 2003 and 2005—not to mention the 1980s Ewoks and Droids cartoons. On top of the long-running bombardment through film and TV, Star Wars has an expanded universe of books, comics, board games, and video games.

There are a few equivalents to the Star Wars universe that have developed the same demographic reach and content variety, and all of them are valuable commodities. One is the Harry Potter franchise that has its core in the books and films, and additional revenue streams from toys, theme parks, video games, as well as a Broadway play. The Potterverse likely won’t explode while J.K. Rowling maintains direct control, but the potential is there. In fact, the franchise was reportedly worth an estimated $25 billion in 2018.

Take the Star Trek franchise, based on the original television series created by Gene Roddenberry. This franchise inspires similar fandom across generations. Unlike Star Wars, Star Trek grew from TV first, then expanded to film, but the expanded universes—no pun intended—parallel each other in variety and reach. The Star Trek world, like Star Wars, includes a number of television series, an animated series, a slew of films, not to mention endless merchandise. For those who aren’t familiar, there’s a town in the Canadian Prairies called Vulcan in Alberta, which is known as the official Star Trek capital of Canada. The town of about 2,000 people has a number of Star Trek-themed attractions, although the town’s name had nothing to do with the franchise.

Then, of course, we have the Marvel Universe, which was another $4 billion Disney purchase made before the Lucasfilm buyout. That original investment made Disney more than $18 billion from box office receipts. The Marvel Universe came with even more history than the Star Wars franchise and hundreds of established characters with which to work. This allowed Disney to accelerate movie and TV production, increase the merchandising already in place, and pump out Marvel content at an unprecedented pace. Of course, Marvel Studios already had some of the plan in place and deserves full credit for the masterful execution from the 2008 film “Iron Man” to now, but the Disney magic in merchandising adds extra revenue to each film. It is estimated that Disney already made back the purchase price of Marvel by the time the first Avengers film was released.

It Goes Far Beyond Box Office

Obviously, the ability to spin off from a tentpole film into different areas of content and merchandise is a key advantage that underlies many movie franchises. Star Wars has a large universe already, with opportunities up and down the narrative stream for new stories. It also has a lot of experience merchandising, with consumers able to buy just about anything imaginable. This includes figurines, models, t-shirts, stamps, comics, Nerf guns, Lego sets, water bottles, key chains, phone cases, costumes, blankets, beds shaped like the Millennium Falcon, slippers, hats, suggestive Darth Vader underwear, watches, business card holders, lunch boxes, stationery, car accessories, kitchenware, luggage, and much, much more.

With Star Wars now an in-house property, Disney will continue to develop the merchandising and integrate the brand and universe into its resorts business and theme parks. Maybe we will see a theme room where you can sleep inside a replica Tauntaun, but they’ll likely start with something less gruesome. In short, Disney gives Star Wars even more opportunities for merchandising—t-shirts with Mickey as a Jedi, for example—and new cross-over content.

There is no doubt that Star Wars was well worth the $4 billion-plus purchase price. The box office receipts of all the movies exceed that amount if you adjust for inflation, and there is a reasonable chance that higher-earning movies are still in the future. These movies will be backed by a multitude of merchandising and spin-off content that will add value for Disney for years to come. In short, the value of the Star Wars franchise owes to the consumers—both young and old—who pay to escape to “a long time ago in a galaxy far, far away.”