Who Is Martha Stewart? 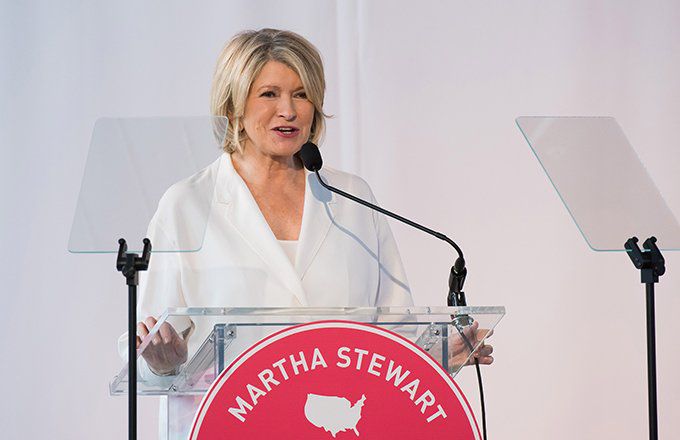 Who Is Martha Stewart?

Known to millions as the Queen of Domestic Arts, Martha Stewart is a successful entrepreneur who built a media empire from scratch out of the old adage “there is no place like home.”

Martha Stewart first became a self-made billionaire when her company, Martha Stewart Living Omnimedia, went public in 1999. The initial public offering raised $1.9 billion and the stock climbed to an all-time high of $39.75 per share the following day. Her net worth did significantly drop in the early 2000s but has since slightly recuperated. Her fortune in 2020 is estimated to be somewhere around $400 million.

During her pinnacle as a prominent media mogul, she found her name among the world’s wealthiest and powerful business leaders on the Forbes Billionaires list.

Martha Stewart was born August 3, 1941, in Jersey City, New Jersey. Even when she was just a child, Martha was making money. When she was 10 years old she often found herself babysitting for extra change.

At 13, she modeled on the side and regularly appeared in television commercials. One of her clients was the luxury fashion company, Chanel. By the time she was 24 and a recent college graduate from Barnard College, she was making well over six figures a year as a stockbroker in New York.

Stewart’s billion-dollar empire actually started out as a small home-based catering business that she founded with a partner. Shortly after, the business became very successful, and Martha bought out her partner’s equity stake.

In 1977, Martha had been hired to cater for a book release event. At the party, she met Alan Mirken, who was the head of Crown Publishing Group, a subsidiary of Random House. Following that night, the two began having discussions regarding the possibility of publishing a cookbook based on the recipes that Martha used for her catering events. That idea bore fruit when Martha’s first book, Entertaining, was published in 1982. The book went on to sell more than 625,000 copies.

From 1983 to 1989, Martha published a number of other cookbooks for another Random House imprint. During that time she was slowly becoming a household name throughout the United States. In addition to contributing columns on home keeping to newspapers and magazines, Martha began to regularly appear on a handful of well-watched television programs such as Larry King Tonight and The Oprah Winfrey Show.

By the early 90s, Martha Stewart was one of the most recognized public figures among the American working class; however, she was not completely satisfied. In an attempt to further extend her reach and expand her brand, she signed a magazine deal with Time Inc.

With a quarter of a million subscribers signed up for the initial issue, Martha released Martha Stewart Living magazine in late 1990. Subscriptions for the magazine quickly grew to over two million.

Martha Stewart’s career history includes being a stockbroker, starting her empire through a catering business, publishing successful cookbooks, and founding her own magazine.

Martha may have been the face behind her magazine and other merchandise, but she did not completely own all the rights to them. Time Warner, for example, owned and published the Martha Stewart Living magazine.

This all changed in 1997 when Stewart raised the money to purchase the rights to all of her related brands. Martha borrowed $85 million to finance the acquisition of the magazine alone. She had formed Martha Stewart Living Omnimedia in 1996, which became the holding company that housed all of her projects, publishing, and merchandise.

After two years after the formation of Martha Stewart Living Omnimedia, Stewart listed the company on the New York Stock Exchange. This allowed her many fans and followers across the country to actually own a piece of Martha’s media powerhouse.

On the day the company went public, Martha Stewart Living Omnimedia’s stock opened at $18 per share. It soared over the next year, a spike that made Martha’s 70% stake in the company worth more than a billion dollars.

Stewart’s life and her media empire were both interrupted when Stewart was convicted of obstruction of justice, making false statements, and conspiracy for lying to investigators about her sale of shares of Imclone Systems in 2001, a day before the company announced a negative Food and Drug Administration ruling about one of its cancer drugs that prompted a massive sell-off in the stock. She served five months in a federal correctional facility following the conviction in 2004.

On May 31, 2018, former President Trump indicated that he might grant Stewart a presidential pardon. While Stewart never faced insider trading charges for the sale, she paid $195,000 to settle civil charges with the Securities and Exchange Commission.

Though the winds might seem to have shifted slightly for Stewart, no one can dispute that she made an indelible mark in the media industry as well as the lives of countless Americans looking to brighten their lives in the household.

Biden will meet over a dozen Democrats with...