What You Need to Know About Unemployment Insurance 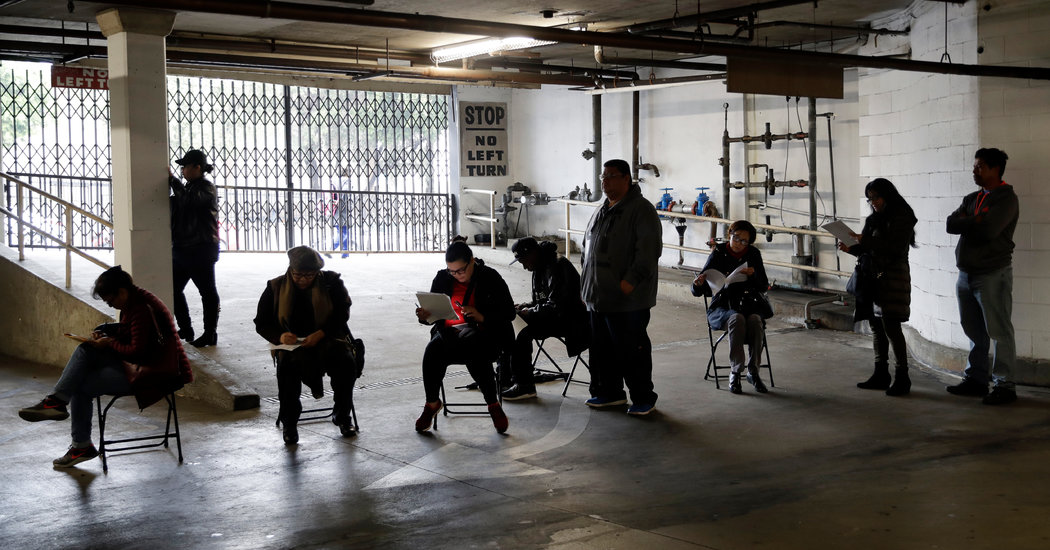 As the coronavirus outbreak grinds American life to a halt, many workers have already experienced sudden drops in income — if their paychecks haven’t been wiped out entirely. Unemployment insurance is a crucial safety net, providing a temporary cash cushion.

How it works and how much it’ll help will be pressing questions, as the effects of the outbreak reverberate through businesses large and small.

The program, which is jointly run by the federal government and states, isn’t ready to handle an influx of claims, policy experts said. But emergency relief efforts being considered by lawmakers would begin to shore up some of the weak spots and increase flexibility for those affected by the outbreak.

You may be wondering whether you’ll qualify for help. Here’s what you need to know about how the program works and how you can apply for benefits.

What are the basics?

Unemployment benefits provide temporary cash benefits to workers who lost their jobs through no fault of their own, while they search for a new one. Each state administers its own program but follows federal guidelines. Benefits are generally a percentage of your income over the past year, up to a certain maximum, but some states are more generous than others. Typically, though, unemployment replaces about 45 percent of your lost income.

States have their own eligibility rules about how many hours you must have worked or how much you must have earned, and over what time span. That so-called base period is usually the first four of the previous five calendar quarters. The hour and pay requirements vary, but in some states only full-time workers are eligible.

Benefits are subject to federal income taxes and most state income taxes, according to the Department of Labor, and must be reported on your tax return.

How long do benefits last?

If you’ve been unemployed for so long that you’ve exhausted your benefits, you may become eligible for extended benefits, which may become available during periods of high unemployment. States with 26 weeks of benefits generally offer an additional 13 weeks, but states with shorter periods typically have shorter extensions, Ms. Evermore added. Extended benefits are paid at the same rate.

What makes me eligible to file?

There’s a good chance you’ll qualify if you’re not working and not being paid as a result of the coronavirus outbreak. Workers who were furloughed or quarantined without pay, for example, would be eligible. But states are still wrestling with who exactly will qualify as quarantined, experts said.

The federal law is somewhat flexible, so states can tweak their laws to provide benefits in several situations that are likely to play out, according to the Department of Labor, which recently issued guidance to states.

Many states have started making these changes, but that doesn’t mean all states will.

Can I apply even if I’m technically employed?

Probably. Let’s say you’ve exhausted any employer-provided sick or family leave, or you’ve run through any emergency paid sick and paid family leave that you may eventually receive as part of the legislation lawmakers are working on. Maybe you’re not eligible for some or all of these benefits.

If you’re quarantined or have been furloughed — and you’re not being paid but expect to return to your job eventually — you may be able to get unemployment benefits.

Can I apply if my pay has been reduced?

Probably. Every state has some kind of partial coverage that allows unemployment insurance to replace part of your pay if hours are reduced, Ms. Evermore said. But the amount replaced varies quite a bit by state.

Who is left out?

Roughly half of states do not cover part-time workers, said Andrew Stettner, a senior fellow at the Century Foundation, a public policy research group, and many states have made it more difficult for temporary workers to get coverage.

Gig workers are also unlikely to qualify because they’re largely considered self-employed. But certain self-employed people may end up being eligible for a refundable tax credit, depending on what lawmakers in Washington decide to do.

What if I have several part-time jobs?

If you’ve experienced a drop in income or have lost some — or all — those jobs, you should still qualify. If you apply and are denied, you may also qualify for assistance from your nearest Legal Aid clinic to appeal the decision, Ms. Evermore added.

Is there a waiting period?

There is usually a one-week waiting period until benefits start, but many states have already waived it. New York, for example, said on its website that it was eliminating the seven-day waiting period for people who were out of work because of “coronavirus closures or quarantines.” You will still need to allow some time for processing.

How do I apply?

You generally need to file a claim for unemployment benefits in the state where you worked. The Department of Labor has a list of all 50 states’ offices, with phone numbers and links to websites where you can find more information. Many states now allow you to file online or by phone.

The applications generally ask if you are looking for work and if you’re available for work, which can be a tricky question for, say, a restaurant worker or anyone working in an industry that has essentially shut down, or someone who expects to return to his or her job when life becomes more normal again. As a precautionary measure, Mr. Stettner said, applicants should read their state’s eligibility rules and coronavirus updates before answering these questions. He suggests answering “yes” to those questions if at all possible; otherwise, your application processing may be slowed.

I’ve been accepted. Now what?

You’ll most likely need to recertify for benefits each week, but you should be able to do it online or over the phone.