What Is Stakeholder Capitalism? 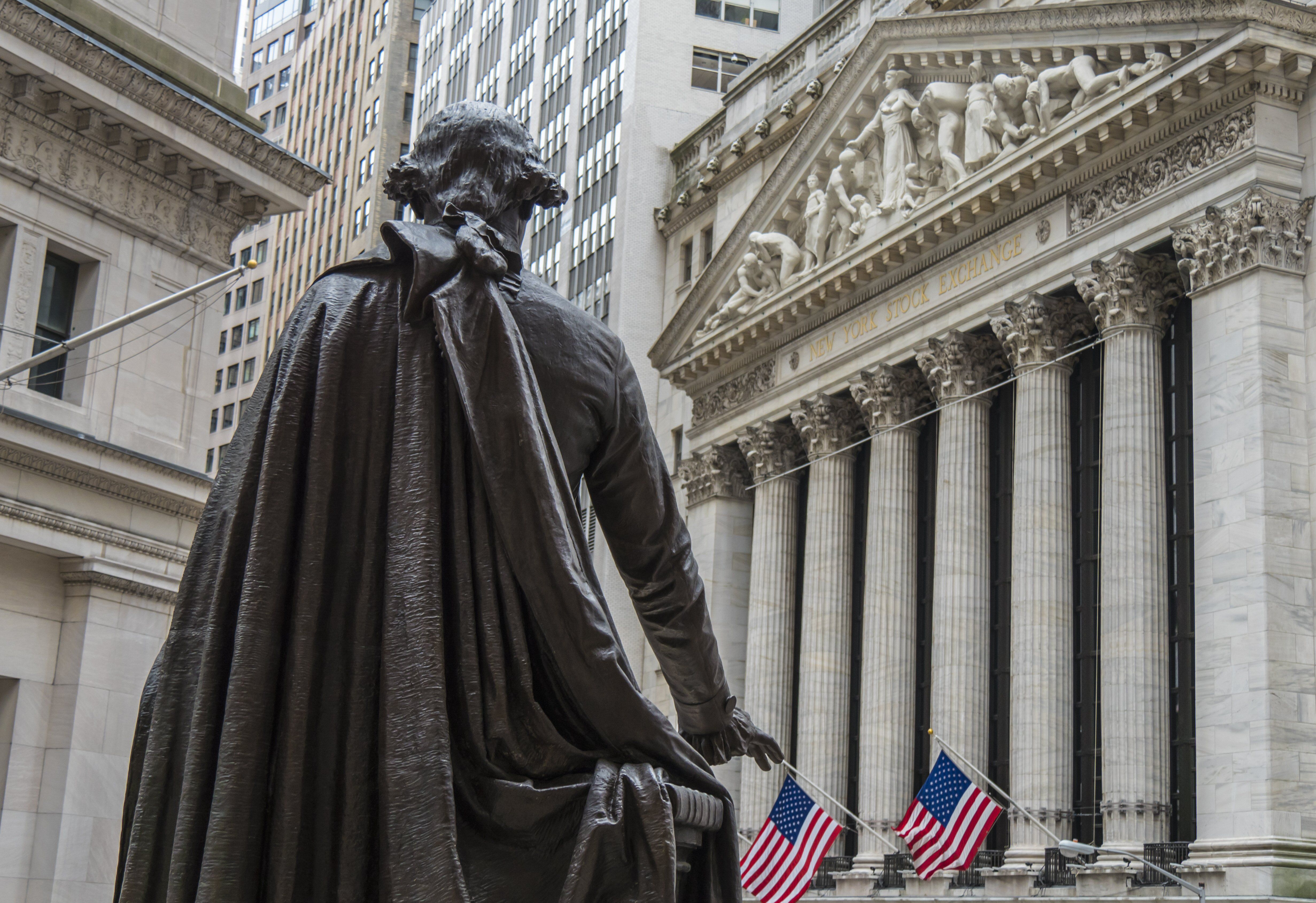 What Is Stakeholder Capitalism?

Stakeholder capitalism is a system in which corporations are oriented to serve the interests of all their stakeholders. Among the key stakeholders are customers, suppliers, employees, shareholders, and local communities. Under this system, a company’s purpose is to create long-term value and not to maximize profits and enhance shareholder value at the cost of other stakeholder groups.

The History of Stakeholder vs. Shareholder Capitalism in the U.S.

The debate about the role and responsibilities of businesses in society has produced various theories throughout history. Proponents of stakeholder capitalism, like economist Joseph Stiglitz, believe it should replace shareholder primacy as a principle of corporate governance. Shareholder primacy, or the idea that a corporation is only responsible for increasing shareholder value, was made popular by Nobel prize-winning economist Milton Friedman in the 1970s. He argued that executives work for the owners (shareholders) and the only social responsibility of a business is “to use its resources and engage in activities designed to increase its profits so long as it stays within the rules of the game, which is to say, engages in open and free competition without deception or fraud.”

His writings on the theory were so influential they helped shape corporate governance laws in the U.S. This period saw executive and employee stock-based compensation explode in the country as the interests of top executives were being aligned with shareholders, who were increasingly perceived as being the most important stakeholders. There was also a rise in hostile takeovers, with corporate raiders neglecting the well-being of non-investor stakeholders. In 1997, the association Business Roundtable began endorsing principles of shareholder primacy.

The tide has been shifting, however, and companies and business leaders are now calling for a return to stakeholder capitalism, which is currently prevalent in Europe and was formerly the norm, even in the U.S.

Despite the comparisons to shareholder-focused companies, investors themselves may lead the charge to institute stakeholder capitalism. Investors can try to use their shares in a company to influence its behavior, encouraging it to be more heedful of the welfare of all stakeholders. Known as shareholder advocacy, this is done through dialogue or shareholder resolutions. Alternatively, investors use negative screening to avoid companies that harm other stakeholders, which is known as socially responsible investing (SRI), or they practice impact investing by only buying shares in companies whose strategies have a positive impact on society or the environment.

Stakeholder Capitalism at the 2019 Business Roundtable

In August 2019, Business Roundtable released a new “Statement on the Purpose of a Corporation” which said all its member companies share a fundamental commitment to all their stakeholders. “The American dream is alive, but fraying,” said Jamie Dimon, chair and CEO of JPMorgan Chase & Co. (JPM) and chair of Business Roundtable, in a statement. “Major employers are investing in their workers and communities because they know it is the only way to be successful over the long term. These modernized principles reflect the business community’s unwavering commitment to continue to push for an economy that serves all Americans.”

The World Economic Forum’s (WEF) 50th Annual Meeting in Davos in 2020 was focused on stakeholder capitalism with the central theme “Stakeholders for a Cohesive and Sustainable World.” Professor Klaus Schwab, founder and executive chair of the WEF and a long-time supporter of stakeholder theory, said, “People are revolting against the economic ‘elites’ they believe have betrayed them, and our efforts to keep global warming limited to 1.5°C are falling dangerously short.”

The WEF updated its “Davos Manifesto,” a set of principles that underpin the event, for the first time in over 40 years. It now plainly states at the top, “the purpose of a company is to engage all its stakeholders in shared and sustained value creation” and says companies should have zero tolerance for corruption, uphold human rights, and pay their fair share of taxes.

The organization and the Big Four accounting companies also developed a set of universal metrics and disclosures that companies can include in their annual reports to measure their social and environmental performance. “By aligning companies with asset owners and asset managers through common, limited, and meaningful metrics, we will ensure sufficient capital is available to meet the Sustainable Development Goals,” said Brian Moynihan, CEO of Bank of America and WEF International Business Council (IBC) chair.

During a panel discussion at Davos 2020, McKinsey & Company Global Managing Partner Kevin Sneader said economist Adam Smith clearly said the responsibility of the business person is to give to the community and enrich everyone. “And I think we lost our way a bit in forgetting that,” he added.

“Every CEO needs to sit down and come to grips with the fact that if I don’t have teachers to teach the children of my employees, then the best employees aren’t going to come work for our company,” said Cisco Chair and CEO Chuck Robbins during the same session. “We have to ensure as businesses that we have strategies to apply our capabilities, our skill sets, our employee base, and our financial resources to actually solve these issues.”

There is no defined set of expectations for companies that make such a commitment. However, JUST Capital, an independent research nonprofit, surveyed 4,000 Americans on what issues they believe U.S. companies should prioritize most. The top priorities of corporations, according to the respondents, should be paying a fair wage, acting ethically at the leadership level, paying a living wage, providing benefits and work-life balance, providing equal opportunity, and making beneficial products.

“Stakeholder capitalism is a vow to do business in service of all stakeholders, rather than just profits and returns. Shareholders are of course important, but it’s vital that companies also consider workers, communities, the environment, and more when defining success – especially because doing so has demonstrated benefits not just to society, but also to the bottom line. This approach is neither status quo nor abandoning capitalism altogether. It’s simply recalibrating the system to take a deeper view of business, and ensure an economy that works for all.” – Paul Tudor Jones, founder of Tudor Investment Corporation and The Robin Hood Foundation, Co-Founder and Chair of JUST Capital

According to a Stanford University study based on a survey of over 200 CEOs and CFOs of companies in the S&P 1500 Index, most executives believe they are already doing a satisfactory job of incorporating stakeholder concerns into their corporate planning and not receiving sufficient recognition. Only 50% believe their stakeholders understand what the company does to meet their needs. This figure is 33% and 10% when the question is about institutional investors and the media, respectively.

Critics of stakeholder capitalism tend to believe corporate leaders are self-serving and would enrich themselves if allowed to control the purpose and role of companies. An emphasis on shareholders, it is believed, keeps executives adequately restricted and focused on increasing profits. This is said to ensure companies do not become stagnant or uncompetitive.

What Do Stakeholders Mean in Economics?

A stakeholder is a person or entity who has a vested interest in a company in that they can either affect or be affected by a business’ operations and performance. In other words, they have some stake in the business or its outcomes, directly or indirectly.

What Are the Types of Stakeholders?

What Is the Difference Between a Stakeholder and Shareholder?

Shareholders are but one important type of stakeholder — they are not the only stakeholders. Examples of other stakeholders include employees, customers, suppliers, governments, and the public at large. In recent years, there has been a trend toward thinking more broadly about who constitutes the stakeholders of a business.

Stakeholder capitalism states that corporations must account for the best interests of all of their stakeholders, and not only their equity shareholders. While many still promote the idea that maximizing shareholder value is a company’s primary objective, this ignores the other important people and organizations that have a stake in that company, such as its workers, customers, and broader community. Shareholder value is a short-term goal that may not align with the longer-term goals of the other stakeholders. Therefore, stakeholder capitalism is more about long-term management strategy that can promote better and greener business practices.