What if I Can’t Pay My Rent Due to the Coronavirus Pandemic? 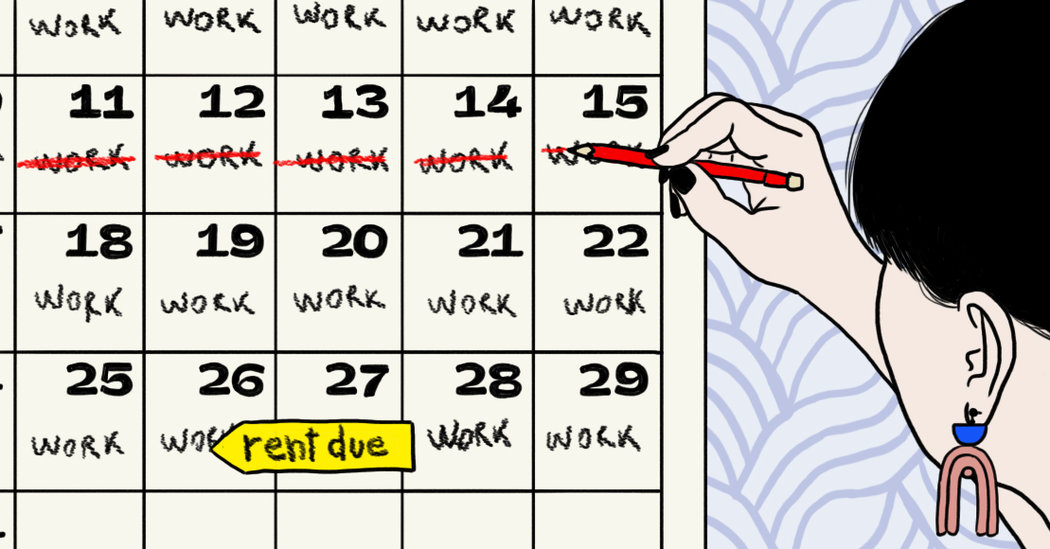 Q: My partner and I are freelancers in creative fields. We suddenly have no work or income because the response to the coronavirus has effectively shut down our industries. The rent is due on our Brooklyn market-rate apartment on April 1 and if we pay it, we will rapidly deplete our very modest savings. What are we supposed to do?

A: A survey published on March 23 by the CUNY Graduate School of Public Health and Health Policy found that 29 percent of New York City residents had at least one member of their household lose a job because of the coronavirus pandemic in the previous two weeks. In a city where two-thirds of residents rent, the sudden spike in unemployment will have an enormous and immediate impact on households that have to pay the rent April 1.

For now, New Yorkers cannot get evicted if they don’t pay their rent. On March 20, Gov. Andrew Cuomo implemented a 90-day moratorium on evictions for residential and commercial tenants, a day after he suspended mortgage payments for three months for homeowners in financial distress. Because holdover and nonpayment proceedings are not considered emergencies, landlords cannot even file such cases in housing court until April 19, at the earliest. So if you are facing a choice between paying for food and paying the rent, know that you will not lose your apartment for nonpayment, for the time being.

But what happens when the moratorium ends? It’s an open question. “Hopefully we’ll figure that out,” said Andrea Shapiro, a program manager at the Met Council on Housing, a tenant advocacy group that is calling for rent suspension and rent forgiveness legislation. “Don’t panic. You’ll have an apartment to stay in during the course of this crisis.”

State Senator Michael Gianaris, a Democrat from Queens who serves as deputy majority leader, has introduced legislation calling for a three-month rent suspension for commercial and residential tenants impacted by the virus, much like the governor’s mortgage moratorium. “People have lost their employment through no fault of their own, but still have a massive financial obligation in the form of rent,” he said. “If people are not getting paid, we can’t expect them to pay rent.”

On a WNYC call-in show with Brian Lehrer, Mayor Bill de Blasio said, “I will pursue the rent moratorium immediately and see if it’s something the city can do or if we have to get the state to do it.”

If a deal is reached, it may include guidelines for how much rent, if any, you would owe at the end of this period, and how you would be expected to pay it. Without government intervention, however, you’d likely have to work out these details with your landlord, either privately or in housing court. “Down the road, when the crisis abates, the landlord could bring you in for nonpayment of rent,” said Samuel J. Himmelstein, a lawyer who represents tenants. “What generally happens in housing court is people enter into payment plans.”