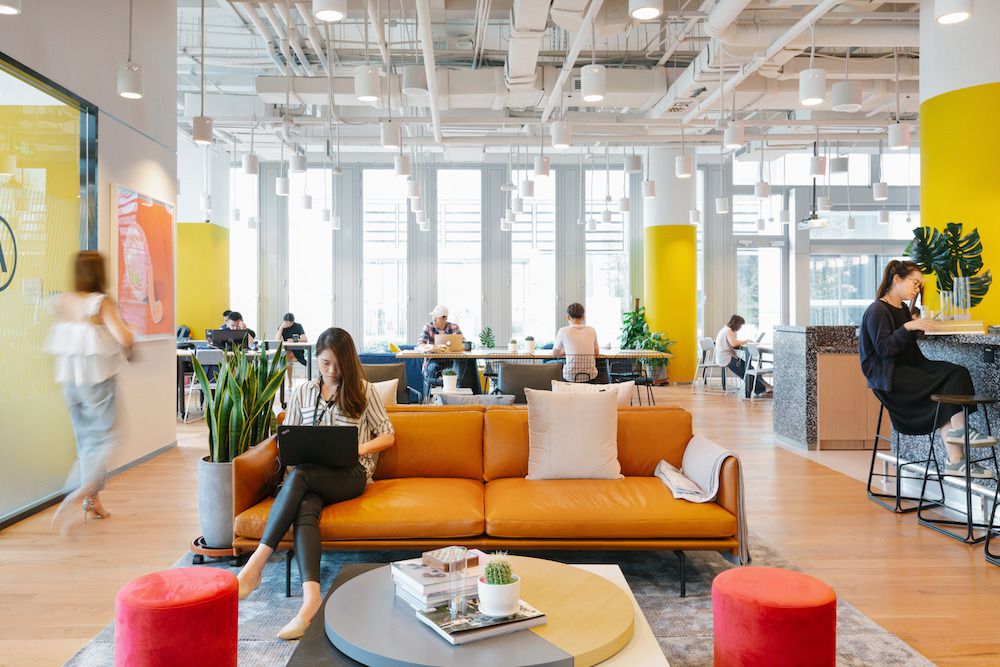 WeWork Cos. Inc. is an office-space leasing company providing flexible work spaces globally. The company enters into long-term lease agreements with landlords, renovates and furnishes the properties, and then offers short-term, flexible leases. The work spaces include dedicated desks in a shared office space, standard offices, office suites with private amenities, full-floor offices, and more. WeWork’s facilities are used by businesses and organizations of all different sizes, from freelancers and small startups to Fortune 500 companies.

WeWork is now planning to go public by combining with BowX Acquisition Corp. (BOWX), a special purpose acquisition company (SPAC), through a transaction known as a SPAC merger. SPACs, also known as “blank check companies” , are usually set up by a group of institutional investors, private equity firms, or hedge funds for the sole purpose of combining with an existing company. SPACs go through an initial public offering (IPO) in order to raise the funds necessary to execute an acquisition or merger.

BowX raised $420 million through its IPO on Aug. 7, 2020, and an additional $63 million through the exercise of an over-allotment option by the IPO’s underwriter over the following week. The total of $483 million of proceeds was placed in a trust account. In March 2021, BowX and WeWork announced that they had agreed to combine, setting WeWork once again on a path to becoming a publicly-traded company. At that time, WeWork said that the transaction valued its company at an initial enterprise value of approximately $9 billion. The transaction will be funded using the $483 million in cash from BowX’s trust account as well as an $800 million private placement by leading investors, including Insight Partners, funds managed by Starwood Capital Group, Fidelity Management & Research Co. LLC, Centaurus Capital, and funds and accounts managed by BlackRock Inc. (BLK). As a result of the transaction, WeWork will receive a total of $1.3 billion in cash to fund WeWork’s future growth.

On Sept. 20, 2021, WeWork announced that BowX had filed its definitive proxy statement with the Securities and Exchange Commission (SEC) in order to enact the merger, which is expected to close on or about Oct. 21, 2021. It must first be approved by a stockholder vote scheduled on Oct. 19, 2021. Following the closing of the merger, BowX, whose shares of class A common stock currently trade on the Nasdaq Capital Market under the symbol “BOWX”, intends to list the shares of the newly-formed WeWork on the New York Stock Exchange (NYSE) under the symbol “WE.” Shares of BOWX, which have fallen sharply since the announcement of the combination with WeWork, traded at a price of $10.40 as of market close on Oct. 18, 2021.

WeWork was founded in 2010 by Adam Neumann and Miguel McKelvey. Initially, the two launched a company in 2008 called Green Desk, which was focused on providing sustainable shared work spaces with recycled furniture and electricity generated from wind power. Neumann and McKelvey eventually sold their stake in Green Desk and used the proceeds to launch WeWork.

The company opened its first WeWork location in New York City in 2010. More locations were opened over the next two years and began to attract the attention of venture capital firms, which would help to supercharge its growth. By 2014, WeWork had 1.5 million square feet of space and 10,000 members. One of WeWork’s biggest backers was Japanese tech conglomerate SoftBank Group Corp. (TSE:9984), which had invested $4 billion into the company by 2018. By then, WeWork was renting out over 200,000 desks and on pace to generate close to $2 billion in annual revenue.

In January 2019, WeWork rebranded as The We Co., comprised of three main business segments: WeWork, the office-space leasing unit; WeLive, a residential living community unit; and WeGrow, comprised of an elementary school and coding academy. In August 2019, The We Co. publicly filed for an IPO with a $47 billion valuation, but the filings revealed giant net losses and a company in deep financial stress. By September, The We Co. had scrapped its IPO and its lead investors had forced out Neumann, who then was CEO (Chief Executive Officer).

The We Co. subsequently appointed real-estate-industry veteran Sandeep Mathrani as the new company CEO in February 2020. In fall of 2020, the company reverted back to WeWork as its official name, signaling a return to focusing on its core office-sharing business. By then the company had regained the confidence of some investors willing to overlook its losses and take the company public through the SPAC merger mentioned above.

BowX provided financial results for WeWork in the fifth amendment to its S-4 registration form filed with the SEC. For the quarter ended June 30, 2021, the net loss attributable to WeWork was $888.8 million, widening slightly from the net loss in the year-ago quarter. Revenue sank 32.7% year over year (YOY) to $593.5 million. In a September 2021 filing with the SEC, BowX reported that the net loss attributable to WeWork in FY 2020 was $3.1 billion, a slight improvement from the net loss in FY 2019. Revenue fell 1.2% to $3.4 billion.

WeWork’s occupancy rate, a key metric used to show how full the company’s workspaces are, was 55% as of June 1, 2021. That was down slightly from the 58% occupancy rate reported for June 1, 2020. The decrease in the occupancy rate was primarily driven by the impact of the COVID-19 pandemic.

WeWork’s total book value, the difference between its assets and liabilities, as of June 30, 2021, was -$1.3 billion. The negative balance means that WeWork’s liabilities are greater than its assets, which represents negative shareholder equity and a red flag for many investors. Total cash and cash equivalents on the company’s balance sheet at the end of the period were $844.0 million, up 5.4% compared to the end of the company’s 2020 fiscal year (FY).