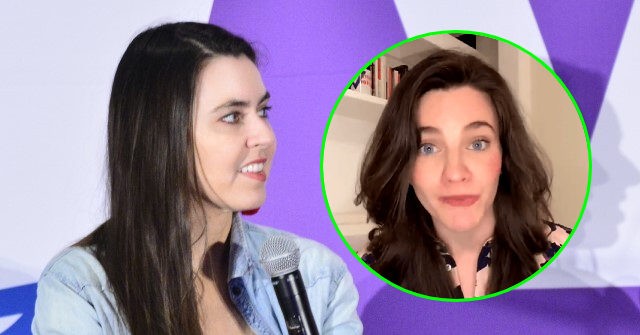 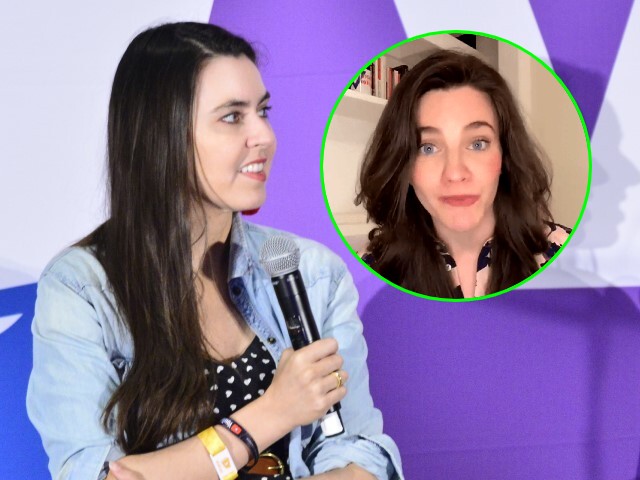 The far-left Washington Post’s eulogy for Joe Biden’s fascist “Disinformation Governance Board” is a stunning exercise in disinformation and self-debasement.

Written by infamously neurotic crybully Taylor Lorenz (pictured, left), the article is either the work of an unstable paranoid, a shameless liar, or both… I don’t link to fake news, but here are the lowlights…

The LOL headline reads: “How the Biden administration let right-wing attacks derail its disinformation efforts.” It then marches on for about 2,000 purple words with the lie that Biden’s Orwellian Ministry of Truth was the victim of a “textbook disinformation campaign” orchestrated by right-wingers.

Nowhere though, does the Post provide any evidence of a coordinated campaign, and the Post’s lies of omission, most especially about Nina Jankowicz — the left-wing loon put in charge of the “Disinformation Governance Board” — are legion.

Read these Post excerpts out loud in the dark with a flashlight under your chin:

Experts say that right-wing disinformation and smear campaigns regularly follow the same playbook and that it’s crucial that the public and leaders of institutions, especially in the government, the media and educational bodies, understand more fully how these cycles operate.

Just hours after Jankowicz tweeted about her new job, far-right influencer Jack Posobiec posted a tweets accusing the Biden administration of creating a “Ministry of Truth.” Posobiec’s 1.7 million followers quickly sprung into action. By the end of the day, there were at least 53,235 posts on Twitter mentioning “Disinformation Governance Board,” many referencing Jankowicz by name, according to a report by Advance Democracy, a nonpartisan, nonprofit organization that conducts public-interest research. In the days following, that number skyrocketed.

As a proud Vast Right-Wing Conspiracy Platinum cardholder, I can assure you there was no “campaign.” To begin with, we suck at orchestrating campaigns. You see, we’re not the left. We’re not a hive mind. It violates our nature to go along to get along. But even if we could get our shit together, in this case, there was no need — not when the Biden administration pitches them slow and over the plate.

First off, there was the outrageous idea that the American government — the same government that told us Trump was a Russian spy, the coronavirus vaccine would stop the spread, global warming is real (it’s not), Black Lives Matter rioters are immune to the virus, inflation is transitory, raising taxes lowers inflation, Hunter Biden’s laptop is Russian disinformation, a Capitol Hill police officer was beaten to death by Trump supporters, the multi-trillion-dollar Build Back Better boondoggle won’t add to the deficit, If You Like Your Health Insurance You Can Keep Your Health Insurance, we’ll get every American out of Afghanistan, etc. — is going to stop the spread of disinformation.

Secondly, there was the absurdly unappealing and charmless Jankowicz, whose social media trail proved she was not only a four-star fascist madly in love with herself but also that she had no problem at all with spreading wild-eyed disinformation.

Nowhere does the Post tell its emotionally unstable subscribers (which I’ll explain below) that Jankowicz declared it a “national security” threat to ridicule Her Vice Fraudulency Kamala Harris or that Jankowicz wanted to give approved elites the power to edit everyone else’s tweets, or her stated fear of “free speech absolutists” being in charge of social media, or that she spread the audacious lie that social media censors leftists and “marginalized communities” more than conservatives, or how she spread the Alfa Bank Hoax, or her propaganda about how men can give birth, or her fantasizing about having ghost-sex with an underage Harry Potter, or, or, or…

Believe me, no orchestrated campaign is necessary when you are handed a goldmine like that. It wasn’t Breitbart News or Jack Posobiec who made that feeding frenzy possible; it was Nina Jankowicz’s fascism and self-admiration.

This Post piece is notable for the same reason I highlighted this LOL piece from the New York Times Wednesday. In a nutshell, here’s what has happened to what my friend Andrew Klavan refers to as “former newspapers”…

Both of these outlets are so cornered that they now have no choice but to humiliate themselves. For decades the Post and Times alienated the political right with their lies and bias — which was fine when the left had a monopoly on information. Then New Media came along, and rather than do what any sane business would do when faced with competition, which is to improve your product, they doubled down on lies and biases until their only audience was a handful of leftists who demanded to be told they’re right about everything.

Then the Post and Times lost a ton of advertisers, and the bottom really fell out…

The only thing keeping the Post and Times afloat now is their subscriber base. Without those subscribers, the Times and Post are doomed. So, rather than report the truth, they have no choice but to cater to these subscribers, who are a bunch of bubbled, elite, snowflake leftists who will cancel their subscriptions should they ever be confronted with a fact that makes them uncomfortable.

The New York Times and Washington Post have not only sold their integrity, they’ve sold their dignity.