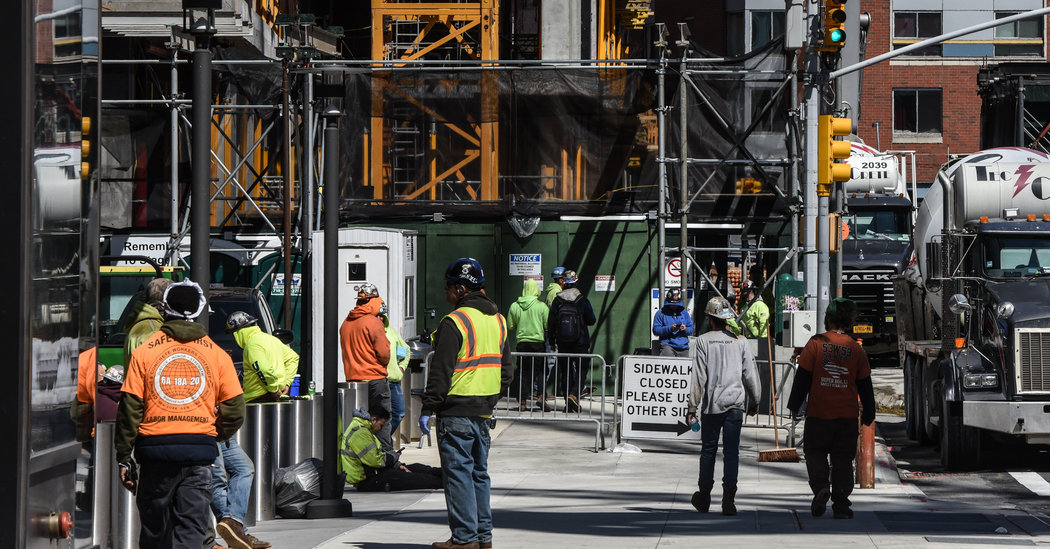 Before the sudden collapse of the economy, a booming construction business in New York City over the past decade had helped transform the skyline, erecting soaring skyscrapers south of Central Park, in Midtown Manhattan and on the Far West Side of Manhattan.

But now, while the well-off who will eventually occupy many of those buildings stay home, construction workers say they face an agonizing choice. If they refuse to work, they could lose their jobs during a cratering economy. But if they do work, they worry about contracting the virus and spreading it to their families.

Some construction workers and their relatives have used social media to pressure Mr. Cuomo to exempt the construction industry from the list of essential workers.

Using the hashtag #StopConstruction, they have posted photos of construction workers in tight quarters.

Some work sites in New York and outside the city have shut down.

In Lower Manhattan, Facebook plans to stop all construction on an office renovation after a construction worker recently tested positive for the coronavirus.

The person will not return to work until they are cleared by a doctor, a Facebook spokeswoman said.

“Our general contractor has taken all necessary precautionary measures, following the advice of public health officials, as we prioritize everyone’s health and safety,” the spokeswoman, Jamila Reeves, said.

But many more construction sites are still active.

Last Friday, shortly after Mr. Cuomo issued the stay-at-home order, the roughly 400 construction workers at the sprawling Legoland New York Resort in Goshen, N.Y., about 50 miles north of New York City, were told they would be out of their jobs.