US stocks close up 3.4% in positive start to week 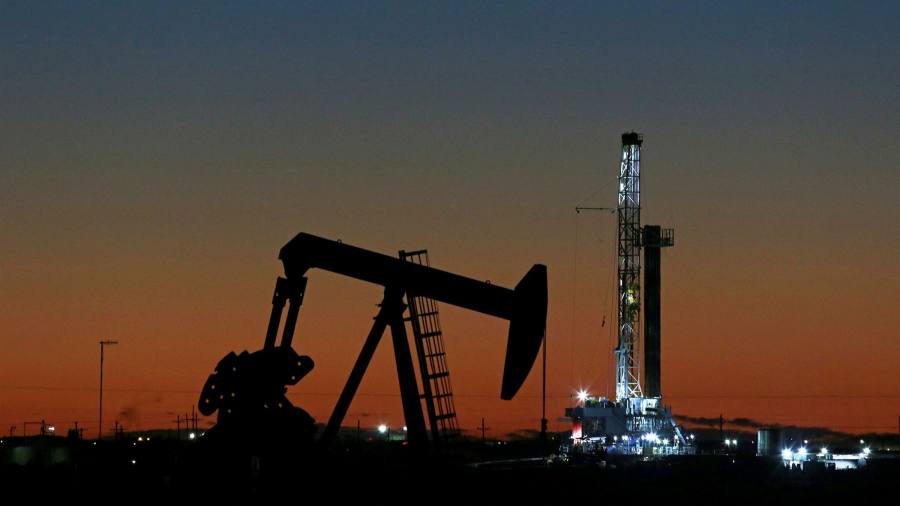 US stocks kicked off the week on a strong footing with their fourth positive session in the past five, but a cautious mood still prevailed as investors considered the impact of the record US stimulus package and a fall in oil prices to their lowest point in 18 years.

The S&P 500 closed up 3.4 per cent on Monday. The Dow Jones Industrial Average advanced by a similar amount, while the tech-heavy Nasdaq Composite climbed 3.6 per cent.

Healthcare stocks fared especially well, with Abbott Laboratories rising as much as 13 per cent at one point after the company said it was launching a coronavirus test that could take as little as five minutes. Johnson & Johnson also surged, closing more than 8 per cent higher after it announced progress on a potential vaccine.

“The extreme volatility that you had in markets is dying down”, said Anik Sen, global head of equities at PineBridge Investments, noting that the US government’s relief programme and the unprecedented support from the Federal Reserve, paired with the fact that the number of coronavirus cases is slowing in some hard-hit countries, has helped to shore up confidence among investors that the “worst-case outcomes are extremely unlikely”.

The US dollar edged higher by almost 1 per cent against a basket of other currencies, after suffering from its worst week in more than a decade.

“The tone in the market has certainly improved,” said Patrick Leary, chief market strategist at Incapital, a broker dealer, though he warned there could be further disruption ahead, especially as the full impact of economic shutdowns becomes apparent.

“There will be hurdles the market will have to get through, he said. “Getting through them will involve a test of the lows again.”

Analysts at UBS also detected “the early stages of selling fatigue” setting in but cautioned against too much optimism. “Because infection rates are likely to keep rising for some time . . . it may be early to say a firm bottom has already been made.”

Total infections worldwide surpassed 700,000 over the weekend as more than 44,000 people were confirmed to have contracted coronavirus on Sunday. Meanwhile, economists have ratcheted lower their growth forecasts. Analysts at Nomura estimate the global economy could shrink as much as 7 per cent in 2020.

The positive mood on Wall Street, which mirrored earlier gains seen in Europe, came after stocks across Asia fell and oil prices dropped to their lowest level in almost two decades on fears that the pandemic will cause a collapse in global energy demand.

Oil prices have now fallen by about two-thirds this year, with a price war between Saudi Arabia and Russia compounding the impact of the virus.

West Texas Intermediate, the US oil benchmark, on Monday slid as much as 7.4 per cent to $19.92 a barrel. Brent crude, the international marker, fell by more than 10 per cent at one point to $22.32 a barrel.

The latest drop in oil prices came after President Donald Trump extended social distancing guidelines in the US until the end of April, raising new concerns over the economic impact. A senior government medical adviser in the US warned on Sunday that up to 200,000 people in the country could die.

Robert Rennie, global head of market strategy at Westpac, said there was “no end in sight” to the pressure on crude prices, pointing to the rising number of coronavirus infections and the lack of any agreement between Saudi Arabia and Russia to cut production.

“You’re getting closer to the point where you begin to run out of storage capacity — be that tanks, pipelines or crude carriers,” Mr Rennie added. That could lead to oil producers paying buyers to take their crude to avoid more costly storage fees, he said.

Japan’s benchmark Topix closed 1.6 per cent lower after Shinzo Abe, prime minister, warned that the country was “on the brink” as it faced risks from a second wave of infections.

Both Hong Kong’s Hang Seng and China’s CSI 300 index of Shanghai and Shenzhen-listed stocks fell about 1 per cent. The Chinese central bank on Monday cut its short-term lending benchmark and injected $7bn into the financial system in the latest action taken by policymakers to try to support markets.

Ma Jun, an adviser to the People’s Bank of China, said in comments published by state media that the central bank still had “ample room for monetary policy and monetary policy tools”.