US retail store closures to drag into April, likely longer 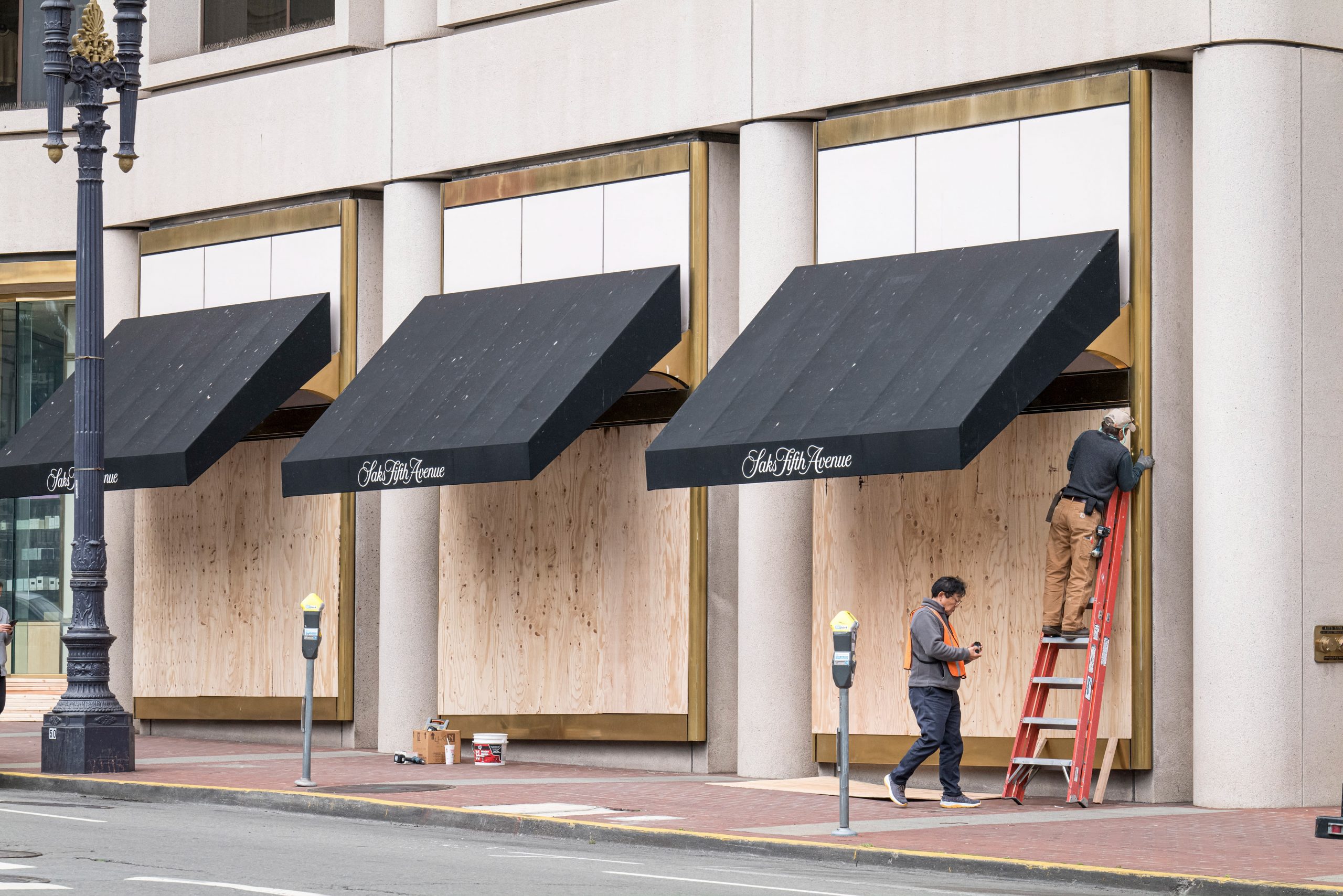 This Friday was the day that many retailers set roughly two weeks ago as the marker for how long they planned to temporarily keep their shops closed. But as the number of COVID-19 cases continues to rise, nothing is opening back up again.

For some, this might not come as a surprise. Many of these companies likely set the initial end-of-the-month date because they knew they could at least pay workers for two-weeks time, verbally committing to do so, and they had already paid their landlords March rent.

Now, heading into April, we are in uncharted territory. Where the industry goes from here will depend on many factors, as the announcements from a number of retailers illustrate.

Nike and Lululemon both reported quarterly earnings this week and said that as stores in the U.S. remain closed for the foreseeable future, their plans to reopen will be on a location by location basis, according to local mandates and information provided by the government.

Lululemon CEO Calvin McDonald said Thursday that the company is preparing for its shops in the U.S. to be closed for longer than they were in China, where COVID-19 originated.

“In part, when we do look at China, I do think it will help inform how North America and Europe will come back trading,” he told analysts. “But I do think the scenarios are slightly different, and that China had a quick, two-week closing period when the stores were then reopened.”

“In North America and Europe, we’re planning on a longer closed period,” the CEO said, not providing other details as to why this is the case.

Nordstrom on Wednesday said it would be extending its store closures in the U.S. and Canada through at least April 5. It is also beginning to furlough a portion of its corporate workforce, starting April 5 for six weeks.

Tailored Brands, the parent of Men’s Warehouse and Jos. A. Bank, said Thursday that its keeping all of its stores dark until at least May 4. The company said it is, in the meantime, furloughing all U.S. store workers and a “significant portion of employees” in its distribution centers and offices. It did not quantify how many people will be impacted.

Glasses maker Warby Parker sent a memo to customers on Thursday saying it will now be keeping its stores shut “until it is responsible to reopen.”

“We have communicated to our team that every retail employee will be paid, at a minimum, through the first four weeks of this store closure,” co-CEOs Neil Blumenthal and Dave Gilboa said. “Our retail employees will continue to be paid and receive benefits for as long as possible without endangering the long-term viability of the business and causing the elimination of jobs in the future.”

“Mall traffic looks set to change forever, and working from home could become sticky,” Jefferies analyst Randy Konik said in a note to clients this week. “We see real demand … issues ahead for retail, which puts many retailers at risk and could push stocks back down.”

“The more stores are closed, the more demand is curtailed during those actual closures, but it also changes consumption patterns more and more to internet spend,” Konik added.

The temporary closures will likely lead to more permanent ones. With the coronavirus as a new wrench in their businesses, the U.S. retail industry could see a record year for announced closures, amounting to 15,000, one analyst has predicted.

Extended store closures will also lead to more furloughs, which is a temporary leave of employees, and then ultimately layoffs.

Victoria’s Secret and Bath & Body Works parent L Brands said Friday that its stores in the U.S. and Canada will remain closed beyond the end of March. It said it will pay workers through April 4. But, beginning April 5, it will be furloughing “most” store workers, in addition to those people who cannot work from home or those who are not supporting L Brands’ e-commerce operations.

“As the situation continues to evolve rapidly, L Brands is not currently able to predict the timing of store reopenings,” the company said.

Build-A-Bear Workshop said Friday that it will be furloughing more than 90% of its workers, effective this Sunday. Fitness chain Flywheel Sports has temporarily laid off 98% of its workforce.

“We are still trying to get our arms around the situation,” David Silverman, a senior analyst on Fitch Group’s retail team, said in an interview. “We are trying to understand what a new base case looks like. This is an unprecedented situation.”