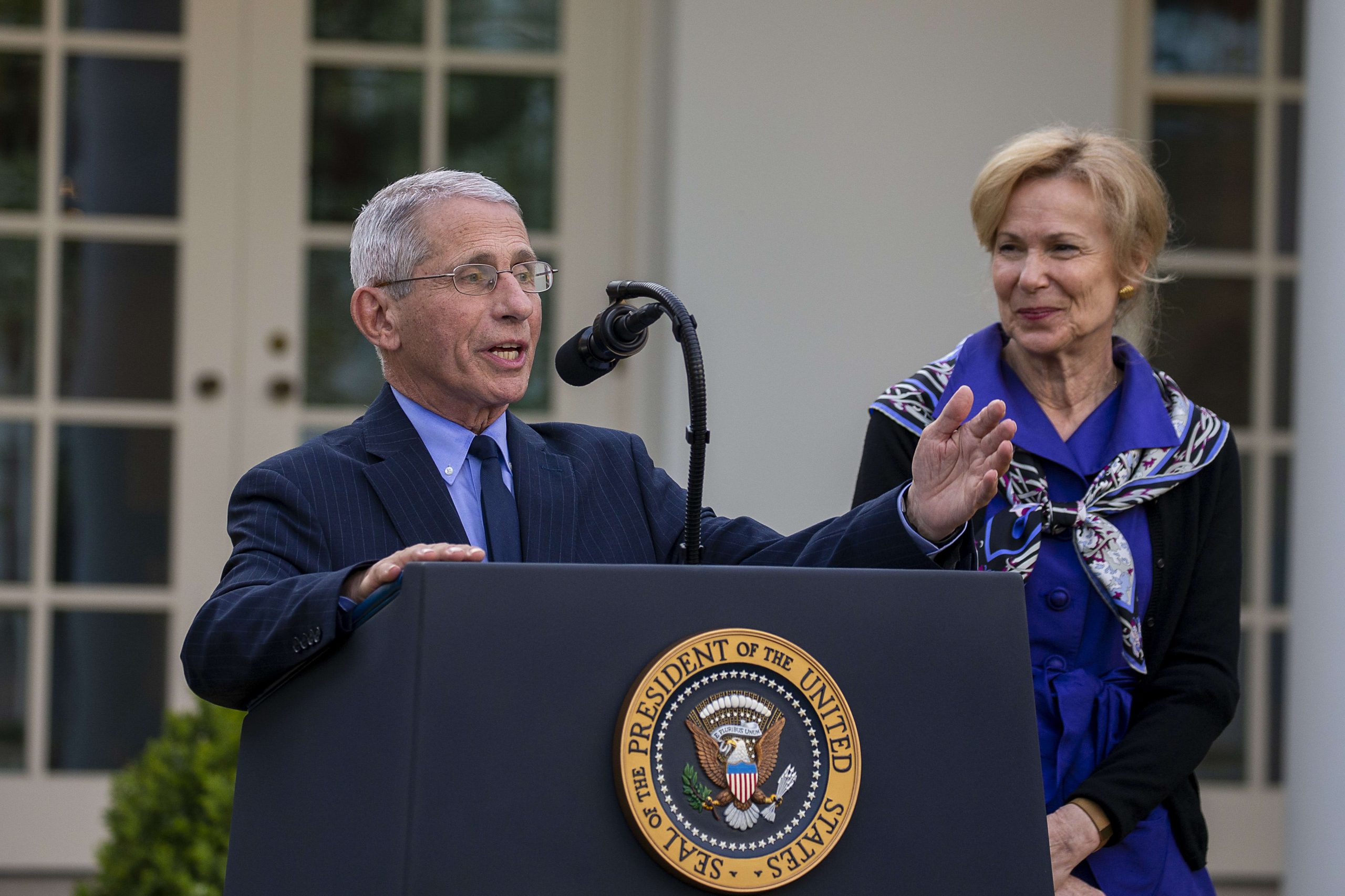 White House coronavirus response coordinator Deborah Birx listens to Anthony Fauci, Director of the National Institute of Allergy and Infectious Diseases speak in the Rose Garden for the daily coronavirus briefing at the White House on March 29, 2020 in Washington, DC.

U.S. health officials see “glimmers” that social distancing efforts to slow the spread of the coronavirus are beginning to dampen the outbreak, a White House health advisor said Tuesday.

Americans are still “in a very difficult situation,”  Dr. Anthony Fauci, the director of the National Institute of Allergy and Infectious Diseases, said in a morning interview on CNN. “We hope and I believe it will happen that we may start seeing a turnaround, but we haven’t seen it yet. We’re just pushing on the mitigation.”

“You don’t want to get overconfident. You just want to keep pushing,” he added.

The rate of new hospitalizations from COVID-19 in places such as New York are beginning to slow and are “possibly” beginning “to flatten out,” Fauci said.

U.S. cases reached more than 164,000 as of Monday morning, with more than 67,000 of those in New York state, according to data compiled by Johns Hopkins University. U.S. deaths surpassed 3,000, more than than the number of people who died in the September 11, 2001 terror attacks. The death toll is expected to rise over the next few weeks as more patients flood hospitals, U.S. officials and experts say.

Fauci said that U.S. officials at the Centers for Disease Control and Prevention and President Donald Trump’s coronavirus task force are actively discussing whether they should alter guidance and encourage all Americans to wear masks to prevent infection. The U.S. government does not currently recommend it.

He said U.S. officials are worried the new recommendation would take away the supply of masks for health-care workers, some of whom are already dealing with large shortages.

“When we get in a situation where we have enough masks, I believe there will be some very serious consideration about more broadening of using this recommending of using masks,” he said. “We’re not there yet.”

Fauci also reiterated that the U.S. could see a “second cycle” of the outbreak. But he predicted it wouldn’t be as bad, arguing the U.S. will be better prepared and may have therapeutics to treat it by then.

That being said, Fauci said there is “no definitive evidence” that anti-malaria drug chloroquine is effective in treating or preventing COVID-19. The drug, which Trump has touted could be a “game-changer,” is being tested in combination with azithromycin as part of a large scale clinical study of whether it can prevent and treat COVID-19.