US Dollar Price Outlook in EUR/USD, GBP/USD and USD/CAD 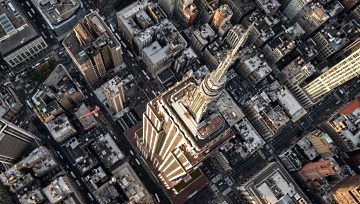 Do you want to see how retail traders are currently trading the US Dollar? Check out our IG Client Sentiment Indicator.

US Dollar Rip and Dip

It was a climactic day across global markets on Thursday, extending what’s become a very active week. European Parliamentary elections are currently taking place, and this morning brought the announcement that British PM Theresa May will be stepping down on June the 7th. Outside of these very key drivers, a number of price action themes availed themselves, driven in-part by the release of FOMC minutes on Wednesday.

As looked at yesterday, the US Dollar rallied up to the two-year-high after the release of FOMC meeting minutes. And prices in USD did pose a topside push to establish a fresh two-year-high. But, that’s where the music stopped, and following the release of some poor PMI’s from yesterday, prices quickly reversed and pushed right back to a key area of support. This comes-in around 97.70, which was the prior yearly high, helping to set resistance in the longer-term ascending wedge pattern that punctuated the backdrop coming into Q2.

Going along with that reversal from fresh highs in the US Dollar, EURUSD put in a reversal after tip-toeing down to a fresh low. The 1.1100 area on the chart remains unfettered as sellers were unable to elicit a test-below this week. As looked at in yesterday’s webinar, a key area of chart resistance remains of interest, taken from prior range support that printed in EUR/USD from 1.1187-1.1212. Price action remains in this area ahead of this morning’s US open, but traders would likely want to move forward with a bit of caution here as a big theme of weekend risk could elicit outsized gaps to start next week’s trade.

It’s been a busy morning in the UK as markets finally got word of Theresa May’s resignation, set to take place on June the 7th. The likely successor, Boris Johnson, has already been speaking around Brexit this morning, threatening to take the UK out of the EU without a deal by October 31st of this year.

After an initial bounce of strength on Ms. May’s resignation announcement, prices have found resistance and started to move-lower again, taken from a key area of prior support in GBP/USD. Deeper support potential exists around the 1.2603 level that helped to set the five-month-low in the pair earlier this week. And a bit lower, around 1.2525 is another level of interest, followed by the 1.2442 ‘flash crash’ low that came into play earlier this year.

We are likely in for some continued volatility around UK markets, so traders would like want to remain cautious on both sides of the matter for the foreseeable future.

While the US Dollar has been on the move this week, so has its Canadian cousin. This amounts to a continued range in USDCAD that became especially interesting in the latter-portion of this week, as a quick dip to support was followed by a strong push up to resistance. That resistance has since held and the range continues, leading into next week’s Bank of Canada rate decision.

Will next week’s BoC finally be the catalyst that USDCAD needs to move back into trend? The Bank of Canada has been noticeably dovish of recent, removing hints of future rate hikes at the bank’s last rate decision in April. But – will they commit to cuts, something that Jerome Powell and the Federal Reserve appear reticent to do?

From the Daily chart, bullish biases can remain attractive given the higher-lows that have printed since the January swoon in the pair. A topside break above the 1.3500 zone exposes resistance potential around 1.3567 followed by 1.3640.

Are you looking for longer-term analysis on the U.S. Dollar? Our DailyFX Forecasts have a section for each major currency, and we also offer a plethora of resources on Gold or USD-pairs such as EUR/USD, GBP/USD, USD/JPY, AUD/USD. Traders can also stay up with near-term positioning via our IG Client Sentiment Indicator.

DailyFX offers an abundance of tools, indicators and resources to help traders. For those looking for trading ideas, our IG Client Sentiment shows the positioning of retail traders with actual live trades and positions. Our trading guides bring our DailyFX Quarterly Forecasts and our Top Trading Opportunities; and our real-time news feed has intra-day interactions from the DailyFX team. And if you’re looking for real-time analysis, our DailyFX Webinars offer numerous sessions each week in which you can see how and why we’re looking at what we’re looking at.

If you’re looking for educational information, our New to FX guide is there to help new(er) traders while our Traits of Successful Traders research is built to help sharpen the skill set by focusing on risk and trade management.