US crude oil price falls below $20 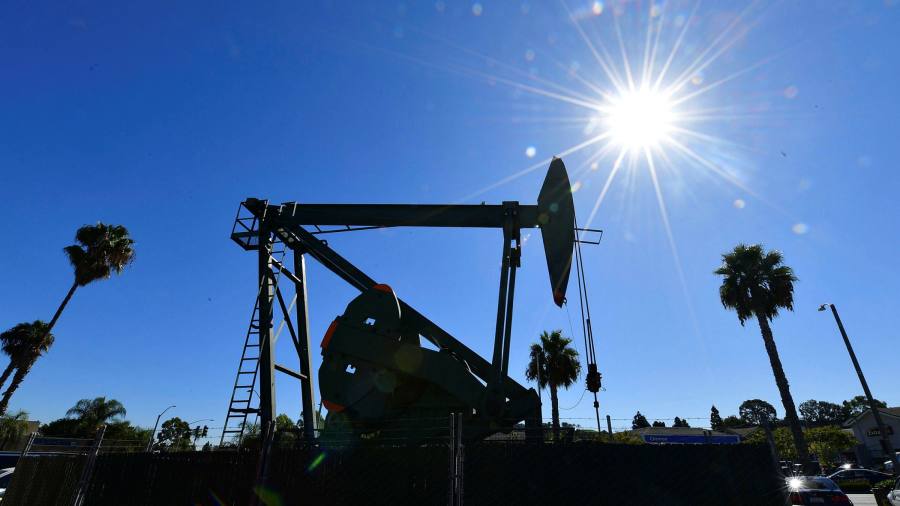 US crude oil prices fell below $20 a barrel on Monday, close to their lowest level in 18 years, as traders bet production would have to shut to cope with the collapse in demand from the coronavirus pandemic.

The global oil industry is facing its biggest demand drop in history, with traders and analysts forecasting crude consumption could fall as much as a quarter next month because of widespread lockdowns across the western world as the pandemic spreads.

The US oil benchmark, known as West Texas Intermediate or WTI, hit a low of $19.85 a barrel, losing more than 7 per cent, before picking up to slightly above $20 in the European afternoon. Brent, the international benchmark, lost almost 13 per cent to hit a low of $21.76 a barrel, the lowest since 2002.

Oil prices have fallen more than half in the past month as widespread lockdowns in Europe and North America have slashed oil demand.

While demand has collapsed, the supply of oil has also increased rapidly because of the price war between Saudi Arabia and Russia. Saudi Arabia on Monday said it planned to raise exports even further, as its own domestic consumption drops during the pandemic.

Traders now believe the surplus could approach 25m barrels a day next month, a level that could overwhelm storage capacity worldwide within weeks.

“This is a historic oil price collapse, and it is not done yet as the system physically runs out of places to put all the oil,” said Jason Bordoff, a former energy adviser to the Obama administration and the founder of the Center on Global Energy Policy at Columbia University. “The pain in the shale patch is going to be severe. We will see production shut-ins accelerate.”

Prices are expected to remain under pressure until the market adjusts. Producers will probably be forced to close down output at a scale never seen in the modern oil industry.

WTI briefly traded below $20 a barrel this month as the April contract expired, dropping violently in thin trading. But Monday marks the first time WTI has traded under $20 a barrel since 2002 in normal trading conditions.

How is coronavirus taking its toll on markets, business, and our everyday lives and workplaces? Stay briefed with our coronavirus newsletter.

Higher cost producers such as US shale and Canadian tar sands are broadly unprofitable at these price levels, although companies will hope other producers shut off production first.

The sheer speed and depth of the price fall, which has taken crude below the levels to which it plunged both in the last crash in 2014-16 and during the financial crisis, could force a quick reckoning in the industry. US energy producers already made the biggest cut to the number of drilling rigs operating in five years last week, according to data from Baker Hughes.

Analysts have calculated that the US oil industry, which expanded in the last decade to make America the world’s top oil producer, could contract as much as 2.5m b/d by the end of 2021, from around 13m b/d of crude output now.

Other expensive production, from the North Sea to marginal fields in Asia, will also come under pressure. The largest oil companies have already announced reductions in capital expenditure or are studying plans to scale down.

“We are in a different world but there will be survivors”, he said, adding that some companies would see opportunities to invest as others scaled back.

The US has put pressure on Saudi Arabia to scale back its supply surge, but has made little impact. Saudi Arabia launched the price war this month after clashing with Russia over how to respond to the coronavirus-linked hit to demand. But increasingly it is the decline in demand that is worrying the oil industry, with airlines grounded, commuters working from home and factories shutting down.

Bjornar Tonhaugen, head of oil markets at consultancy Rystad Energy, said slumping global oil demand was the key factor in the drop in oil prices, overshadowing the effect of the Saudi-Russia price war. It is outweighing the supply increase “by a factor of 4-5”, he said.

“The oil market supply chains are broken due to the unbelievably large losses,” Mr Tonhaugen added. Refineries are cutting back on processing crude oil into fuel, and oil companies could start shutting down producing wells, he said.