Under lock and key for a while yet 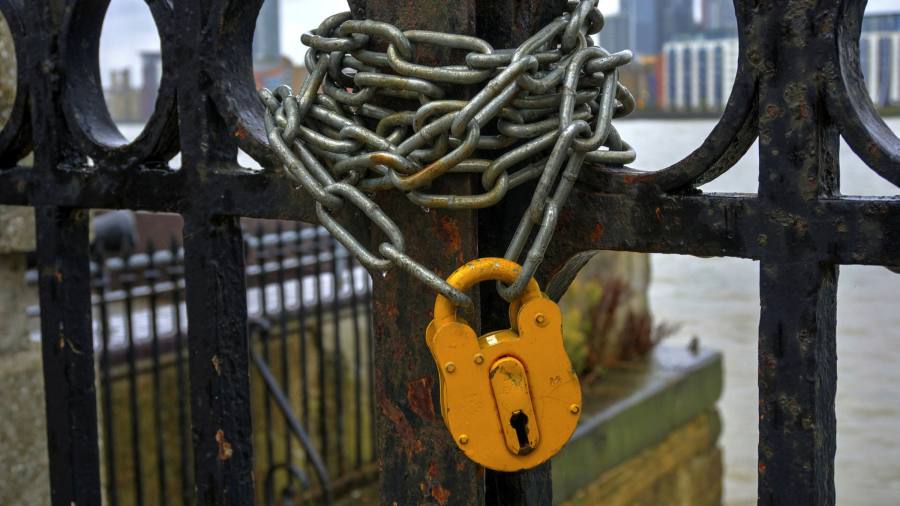 A renewed slide in oil prices frames the start of another week as lockdowns across leading economies intensify and affirm an extended quarantine of global activity.

The oil price, like that of other industrial commodities, is an economic barometer, and fresh lows today contrast with the extended bounce seen across equity and credit markets.

Indeed, many look at commodities as an “orphan” asset class at present, and this also hits areas of emerging markets hard. In turn these factors help fan a stronger US dollar, not a good outcome and one that weighs against the Federal Reserve’s efforts to flood the financial system with the reserve currency. Once quarter-end is negotiated (also the end of Japan’s financial year) after Tuesday, we shall see whether dollar funding stress is truly behind us.

“Commodities have very little hope of crawling off the floor anytime soon as the demand shock is still more or less playing out around the world. Even the Chinese getting back to work is not enough to move the needle as it only partially fixes the problem.”

In the UK and the US, officials are pushing back the timeline for when they expect a semblance of normal activity can resume. President Donald Trump has extended social distancing measures from Easter to the end of April. Even that revised target may prove too optimistic.

Oxford Economics notes that quarantine efforts among countries covers “regions that produce almost 50 per cent of global GDP, which will have huge ramifications for the global economy”.

This extends to China as the country slowly picks up the economic pace and also for the broader Asian region, argues Simon Quijano-Evans, chief economist at Gemcorp Capital:

“China and Asia need to see a recovery from the rest of the world.”

Given the substantial measures of support from central banks and governments in recent days, financial markets have room for consolidating in the next few weeks. Morgan Stanley estimate:

“As a percentage of GDP, the G4+China cyclically adjusted primary deficit will rise to 8.5 per cent of GDP in 2020, significantly higher than the 6.5 per cent in 2009 immediately after the Global Financial Crisis.”

The true test of market sentiment awaits and genuine respite boils down to the pandemic abating, or via a wave of testing that enables some restoration in the service sector.

An extended shutdown beyond April will chip away at market sentiment and herald a test of the recent lows in equity and credit prices. This is certainly a risk and why some such as Athanasios Vamvakidis at Bank of America believe:

“The market relief from strong policy support is a bear market rally in our view, as the real economy is in induced coma.”

An extended hard stop for the real economy heightens the pressure on cash reserves held by companies, households and workers. The longer a significant chunk of private economic activity remains suspended, so the likelihood of a halting recovery beckons. There is plenty of stress rippling through the commercial real estate sector as rents are being withheld by some companies. That paves the way for another nasty aftershock. As will a rising tide of defaults by consumers, given that credit card interest rates have not been cut from their typical high levels.

Fresh lows for oil also highlight the deflationary forces at play with jobs being lost and production capacity running at reduced levels. There is the likelihood that government support for households likely builds savings or pays down debt, rather than sparking a significant restoration in consumer activity.

The present situation in the oil market entails a nascent silver lining, and one that looms well beyond the current horizon. The slide in demand and the price war between Saudi Arabia and other producers certainly crushes the spot price and that of near-term oil futures contracts. Longer-term indicators of the oil price are lagging such pain as ultimately uneconomical production closes down, setting the stage for a recovery.

“As in many cyclical corrections too much underpricing in the spot market leads to price rallies once the economy stabilises. This explains the dichotomy that short-dated oil can go even lower, whilst longer-dated oil starts to price in tightness in 2022-2025.”

The key from here is namely the course of recovery once the economy is finally unchained. Over at Morgan Stanley, they sound a note of caution:

“Based on the experience in China, we foresee a tepid pace of recovery initially, and it won’t be until 3Q21 that output reaches pre-Covid-19 levels in the US and euro area.”

We’re offering a free 30-day trial to Coronavirus Business Update, our level-headed briefing on how the epidemic is affecting the markets, global business, workplaces and daily lives. It also includes access to FT.com. Please spread the word by forwarding this newsletter to friends and colleagues who you think would find it valuable. They can sign up here.

Anticipating a major shakeout in credit is not just a scenario for the massive US market. Over in Europe, central bank buying of investment grade debt (that helped create $1tn of negative-yielding corporate paper last year) in recent years has pushed plenty of investors into riskier credit.

Here’s a large bucket of cold water from Citi for the eurozone investment grade credit sector:

The large dividend payouts of oil majors requires cutting, particularly if they have their eye on a less carbon intensive future, argues RBC Capital Markets.

To date, the big oil companies have cut investment, tapped debt and slashed costs in order to preserve dividends, but such a stance counters efforts “to accelerate investments outside of oil & gas, as dividends need to be funded” says the bank. And they add:

“In some ways, we see the dividends as limitations to the longer term prospects of the business, rather than the key attraction.”

RBC look at Shell for an example and note:

“It would simply be much easier to pivot its business to renewables if its dividend was $7.5bn a year, rather than $15bn. We think the majors should take a page from the miners’ playbook and switch to payout ratios — this would ensure companies remain disciplined with higher commodity prices, and shareholders directly benefit, while in the downturn it would allow for counter-cyclical investment and balance sheet health.”

Investor redemptions are a big story at the moment, although last week’s bounce may help limit a massive flight of money out of hedge funds. Perhaps the story to come is more of a rotation as money leaves some strategies towards other areas of the hedge fund universe. JPMorgan notes that they expect:

“A reallocation within the hedge fund industry over the coming months away from risk parity funds and relative value multi strategy quants into more traditional quants such as CTAs and into traditional macro hedge funds.”

And as FT markets writes, some hedge funds are reopening flagship funds with the sales pitch of harnessing current market dislocations.

I’d love to hear from you. You can email me on michael.mackenzie@ft.com and follow me on Twitter at @michaellachlan.