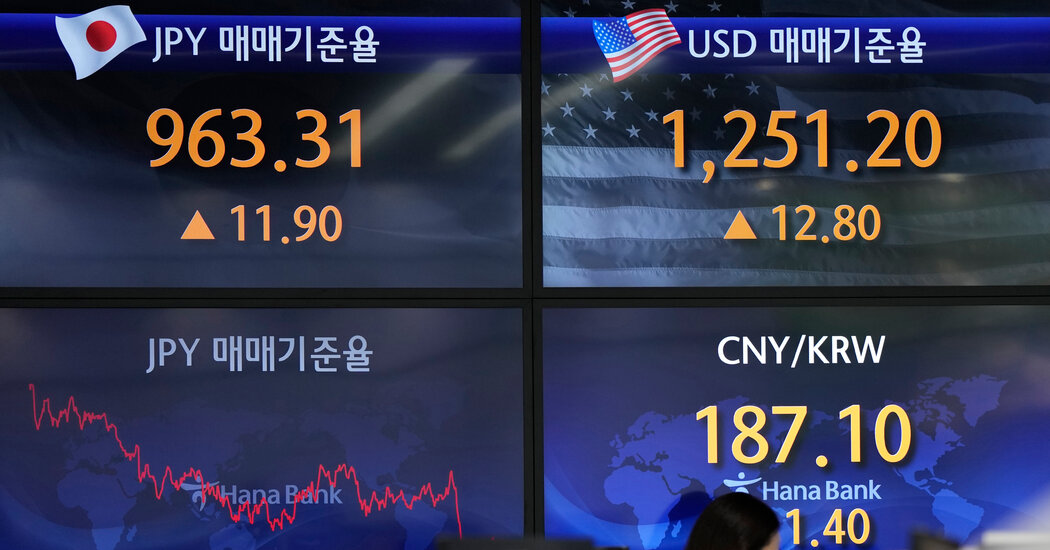 WASHINGTON — The Treasury Department said on Friday that it was concerned that some of America’s trading partners were taking actions to weaken their currencies and gain unfair trade advantages against the United States — but declined to label any country a currency manipulator.

In its semiannual foreign exchange report, the department singled out Switzerland, which in 2020 was deemed a manipulator, as a worst offender and said it was closely watching the foreign exchange practices of Taiwan and Vietnam. Department officials have been involved in “enhanced bilateral engagement” with all three countries in recent months.

“The administration continues to strongly advocate for our major trading partners to carefully calibrate policy tools to support a strong and sustainable global recovery,” Treasury Secretary Janet L. Yellen said in a statement. “An uneven global recovery is not a resilient recovery.”

A government can suppress the value of its currency by selling it in foreign exchange markets and stockpiling dollars. By depressing the value of its own currency, a country can make its exports cheaper and more competitive to sell on global markets.

The Trump administration labeled Switzerland and Vietnam currency manipulators in 2020, but the Biden administration, seeking a more diplomatic approach, removed the designation.

A Treasury official said the United States has had constructive talks with Switzerland over the last year, noting that its economy is facing unusual factors because it is a small and open European economy with a currency, the franc, that is considered a safe haven.

Currency manipulation labels are supposed to set off talks with the United States and can involve input from the International Monetary Fund. If the concerns of the Treasury Department are not resolved, the United States can impose an array of penalties, including tariffs.

Mark Sobel, the chairman of the Official Monetary and Financial Institutions Forum, noted that the more pressing issue in global currency markets was the strength of the dollar.

“The real issue these days is the sharp dollar appreciation, which has clearly been generated by monetary policy divergences between a tightening Fed and others who are less aggressive,” Mr. Sobel said. “It would be hard to fault others.”

The Treasury Department said it was closely watching the foreign exchange activities of China’s state-owned banks. It criticized China for providing “very limited transparency” over how it managed its currency.