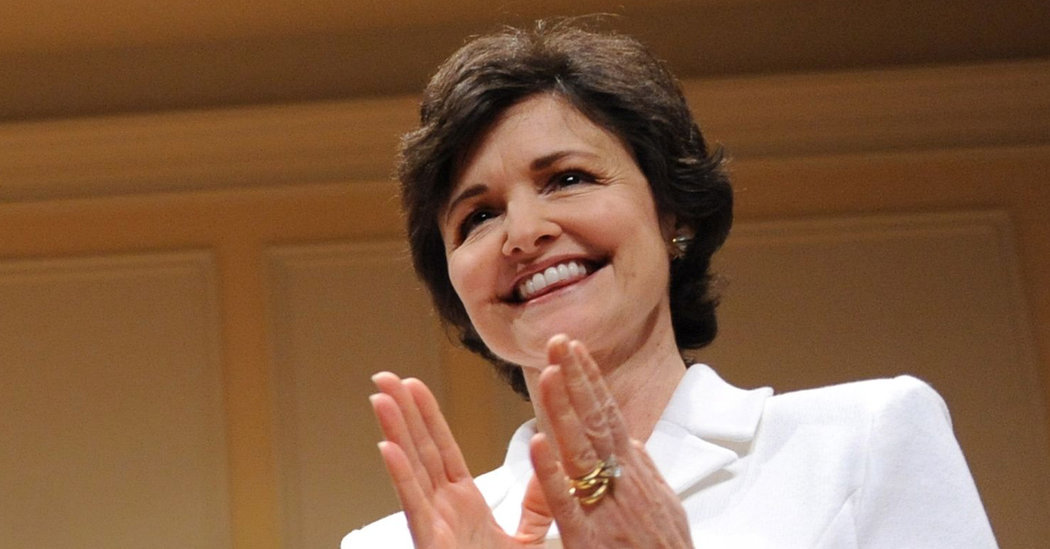 Still, while four of Mr. Trump’s Fed nominees were confirmed, his two most recent formal nominations — Nellie Liang and Marvin Goodfriend — were never cleared by lawmakers. And neither Mr. Moore, a political commentator, nor Mr. Cain, a former presidential candidate, was ever formally nominated after concerns about past issues surfaced.

Ms. Shelton would be an unconventional pick for the Federal Reserve’s board of governors. Her preference for a linked currency — one tied to gold or some other reference point, rather than simply backed by faith in the government — would make her unique among her colleagues. She wrote in 2018 that “we make America great again by making America’s money great again.”

That stance may appeal to Mr. Trump, who has fondly recalled the gold standard.

She has also been an outspoken opponent of the Fed, criticizing the central bank’s policies as a driver of the 2008 financial crisis and its attempt to clean up the mess. “No other government institution had more influence over the creation of money and credit in the lead-up to the devastating 2008 global meltdown,” she wrote in The Wall Street Journal in April. “And the Fed’s response to the meltdown may have exacerbated the damage by lowering the incentive for banks to fund private-sector growth.”

“She would bring a different voice, a different perspective,’’ said James A. Dorn, vice president for monetary studies at the libertarian-leaning Cato Institute. “Judy has been much more critical of the Fed than most of the people who are currently on the board.”

Ms. Shelton holds a doctorate in business administration from the University of Utah and cut her teeth at the Hoover Institution from 1985 to 1995. She sat just down the hall from Milton Friedman, a conservative economist who developed important groundwork for modern monetary policy. Condoleezza Rice, who went on to be secretary of state under President George W. Bush, was another colleague.

She then made her way to Washington. She worked with Bob Dole’s presidential campaign back in 1996. She spent much of the 2000s writing opinion pieces, serving on corporate boards and working with the National Endowment for Democracy, most recently as chairwoman.

She began the 2016 election cycle advising Ben Carson, but began advising Mr. Trump’s campaign in August 2016, after she penned a Wall Street Journal opinion piece titled “Trump’s Contribution to Sound Money.” Steven Mnuchin, now the Treasury secretary, called and asked her to join the cause, she said. She went on to work on the Trump transition team in a Treasury role.