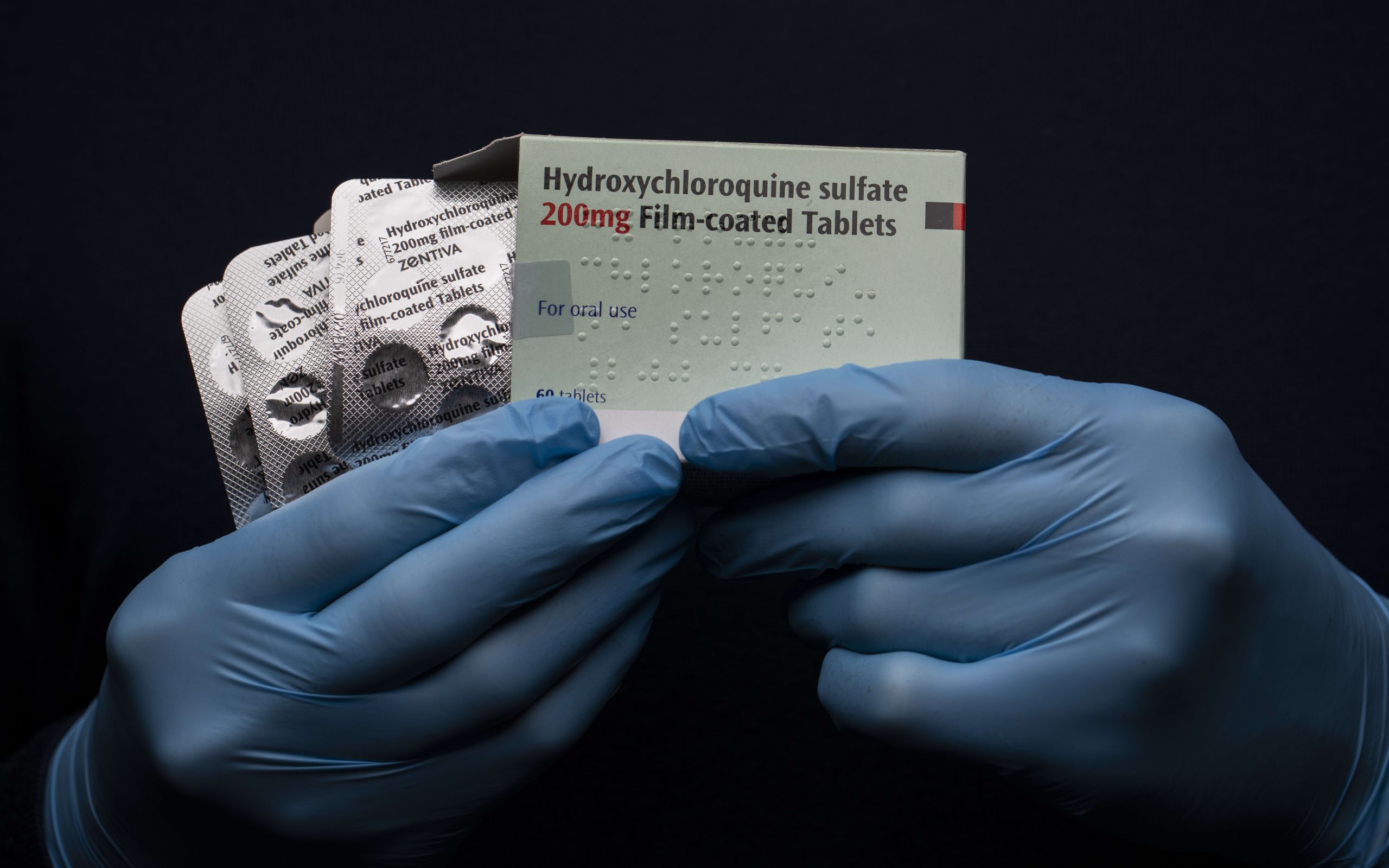 A pack of Hydroxychloroquine Sulfate medication is held up on March 26.

President Donald Trump said U.S. health officials should have a “good idea” whether an anti-malaria drug being tested as a treatment for COVID-19 is effective in fighting the coronavirus in “the next three days.”

“Hydroxychloroquine is something that I have been pushing very hard,” Trump said Monday morning during an interview on Fox News. “I think we’re going to have a good idea over the next three days because it’s been used now in New York at my request — 1,100 people. It’s been used. I think that’s better than testing it in a laboratory. But the doctors tell me no.”

There are no proven therapies for the treatment of COVID-19 and U.S. health officials expect a vaccine could take 12 to 18 months.

New York state last week began the first large-scale clinical trial using a combination of chloroquine and Azithromycin to treat the coronavirus after the Food and Drug Administration fast-tracked the approval process.

Trump has repeatedly touted chloroquine and hydroxychloroquine as a “game-changer” even though the drugs have not been put through rigorous clinical trials to fight CV-19, which has infected more than 730,000 people worldwide in three months. Trump earlier this month directed the FDA to examine whether the drugs can be used to prevent or treat the coronavirus.

Chloroquine has gained a lot of attention after a small study of 36 COVID-19 patients published March 17 in France found that most patients taking the drug cleared the coronavirus from their system a lot faster than the control group. Adding Azithromycin, commonly known as a Z-Pak, to the mix “was significantly more efficient for virus elimination,” the researchers said. A small study in China also found that combining chloroquine with Azithromycin was “found to be more potent than chloroquine.”

To pass the FDA’s muster, and win approval for widespread use, chloroquine and Azithromycin will need to undergo rigorous clinical trials with thousands of participants — not a couple dozen, according to the agency’s guidelines. Early stage, or phase one trials, typically take several months, according to the FDA.

Hahn, who is also a physician, said it was “important not to provide false hope.”

At a briefing earlier this month, Fauci said signs of the effectiveness of the drugs were “anecdotal” and said, “you really can’t make a definitive statement.”