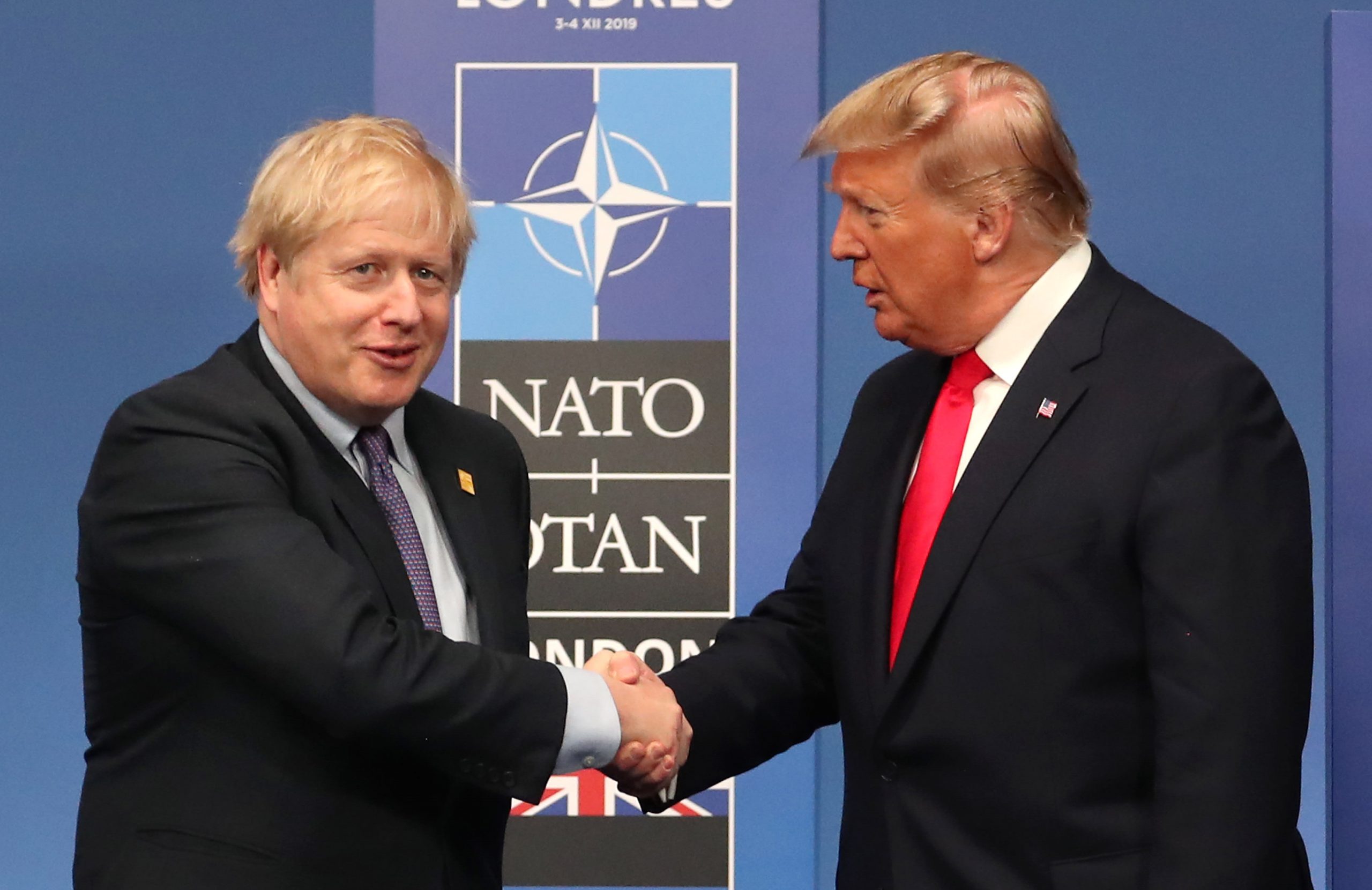 In a tweet published Friday morning, Trump offered his congratulations to the newly-elected prime minister, describing the better-than-expected result for his friend as a “great win.”

“Britain and the United States will now be free to strike a massive new trade deal after Brexit,” Trump said.

“This deal has the potential to be far bigger and more lucrative than any deal that could be made with the E.U. Celebrate Boris!”

With 649 of 650 results declared on Friday morning, the Conservatives had secured 364 parliamentary seats — a majority of 78 in the House of Commons.

The result is widely thought to fast-track Britain’s departure from the European Union, more than three-and-half years after a small but clear majority of the British electorate voted to leave the bloc.

The former London mayor had repeatedly encouraged voters to re-elect the Conservatives in order to “get Brexit done,” promising that only his party would be able to deliver his so-called “oven ready” divorce deal to take the country out of the bloc by Jan. 31.

Unlike his predecessor Theresa May in June 2017, Johnson now has a relatively strong mandate to try to put an end to the U.K.’s long-running constitutional crisis.

European Council President Charles Michel congratulated Johnson on his election victory via Twitter on Friday, before adding that the EU expected “a vote on the withdrawal agreement as soon as possible.”

The EU is “ready for the next phase. We will negotiate a future trade deal which ensures a true level playing field,” Michel added.

“I look forward to working with you for the friendship and strong cooperation between our nations,” Merkel’s spokesman, Steffen Seibert, said via Twitter on Friday.

“I wish him the best and look forward to working together for closer India-U.K. ties,” Modi said via Twitter.