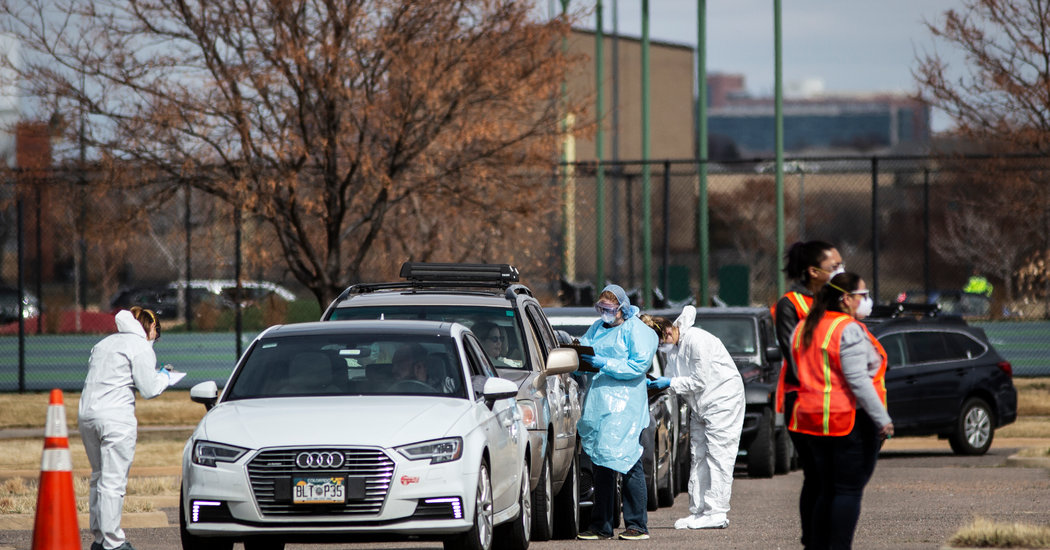 Dr. Alexander L. Greninger, an assistant professor at the University of Washington Medical Center in Seattle, the center of the nation’s outbreak, said his lab had already been talking to Roche about expanding its capacity and was obtaining the equipment needed to begin using the commercial test. The Washington lab is testing about 1,500 patients a day, and the Roche approval will significantly expand that.

In an interview, Dr. Thomas Schinecker, the chief executive of Roche Diagnostics, said developing such a test normally takes years. Several other testing companies, including Hologic and Cepheid, have also said they were developing commercial tests for the virus.

With the approval, he said, “we can really do a lot more testing in a much shorter period of time.”

The company has been installing new equipment around the country in anticipation of the F.D.A. approval, and Dr. Schinecker said that all of the major American testing companies already had the Roche testing systems.

The F.D.A. said a 24-hour emergency hotline was now available to help public and private labs process and validate tests, staffed by F.D.A. employees who field calls about potential problems with getting controls for tests or with swabs taken from a patient, among other subjects. In the first day that the hotline has been up, the F.D.A. has received dozens of calls, an F.D.A. spokeswoman said.

Beyond Roche, the Department of Health and Human Services also announced it would award over a million dollars to two other companies, DiaSorin Molecular and Qiagen, to speed up the development of one-hour tests. The tests are a potentially significant overhaul of the current federal diagnostic model, which requires swabs from patients be sent to laboratories for testing. That takes hours at a minimum.

Doctors have been clamoring for “point-of-care” coronavirus tests allowing results to be produced where patients are received, similar to how people are tested for the flu or strep throat.

“We are working with the private sector at an urgent pace to make these tests available on as many diagnostic platforms as we can in the coming weeks,” Rick A. Bright, the director of the biomedical research unit at the Department of Health and Human Services, said in a statement.