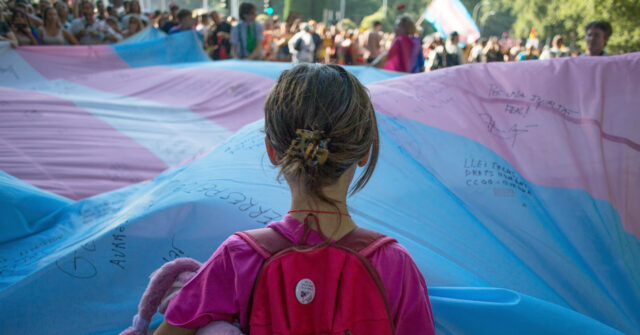 A statutory inquiry into the transgender children charity Mermaids has been launched by the Charity Commission over issues surrounding the “governance and management” of the group, which had already come under investigation over concerns about the safeguarding of children.

Mermaids, which describes itself as “a safe place for transgender, non-binary and gender-diverse young people”, is facing the most serious form of investigation by the Charity Commission after “newly identified issues” with the management structure were identified.

It comes after the British regulator launched a compliance case over child safeguarding issues following allegations that the organisation sent dangerous “chest-flattening devices” to children without the consent of their parents.

The regulator said that while the trustees of Mermaids have cooperated with the initial case, “their response has not provided the necessary reassurance or satisfied the Commission at this stage.” Therefore it has decided to launch a statutory inquiry, which is the highest form of investigation that it can carry out.

“The regulator will seek to determine whether the charity’s governance is appropriate in relation to the activities the charity carries out, which involve vulnerable children and young people, as well as their families,” the Commission said.

Mermaids, which receives funding from the government as well as the National Lottery and has offered training for schools and the National Health Service (NHS), has garnered support from prominent figures such as Prince Harry, London mayor Sadiq Khan, transgender model and activist Munroe Bergdorf, and Harry Potter actress Emma Watson.

Yet concerns over transgender medical practices involving children have heightened in Britain in recent months, particularly following the announcement that the Tavistock Centre — the nation’s premier transgender child clinic — is set to be shut down by NHS England, which determined that it had failed to adequately safeguard youngsters.

We’ve opened a statutory inquiry into Mermaids, after identifying concerns about its governance and management.

Following the launch of the initial compliance investigation, many organisations have cut ties with the transgender charity, with the National Lottery Community Fund suspending its funding and the Department of Education removing it from its listed resources for schools.

Earlier this year, Susie Green, who served as the head of the charity over the past six years, announced that she would be stepping down. Green had previously drawn attention for putting her then 13-year-old son on oestrogen and later travelling to Thailand when he was 16 to have a sex change procedure.

Mermaids has also drawn criticism for taking the unprecedented step of suing to have charitable status removed from the LGB Alliance, which argues against the encroachment of transgenderism on the rights of gays and lesbians — a stance which Mermaids branded transphobic.

In response to the announcement of the inquiry into Mermaids, gender-critical Canadian feminist Meghan Murphy wrote: “The reckoning is coming. Watch everyone who claimed transing kids was in fact life saving medical treatment slink away, pretending as though they didn’t ruin kids bodies and lives in defense of adult male fetishes.”

Andrew Gilligan, former special advisor to Prime Minister Boris Johnson, added: “Since 2018, Mermaids’ delinquency has been documented by me and many others. But official bodies still funded and endorsed it. Their role must come under scrutiny too.”

For its part, Mermaids said of the investigation: “We continue to co-operate fully, openly and with complete transparency with the Charity Commission as its inquiry gets underway.”

Lesbians Will Not Be ‘Erased’ by ‘Men With Penises’, LGB Alliance Co-Founder Tells Court https://t.co/gjjCMYC9ff

Trump, House GOP Who Voted Not to Certify...