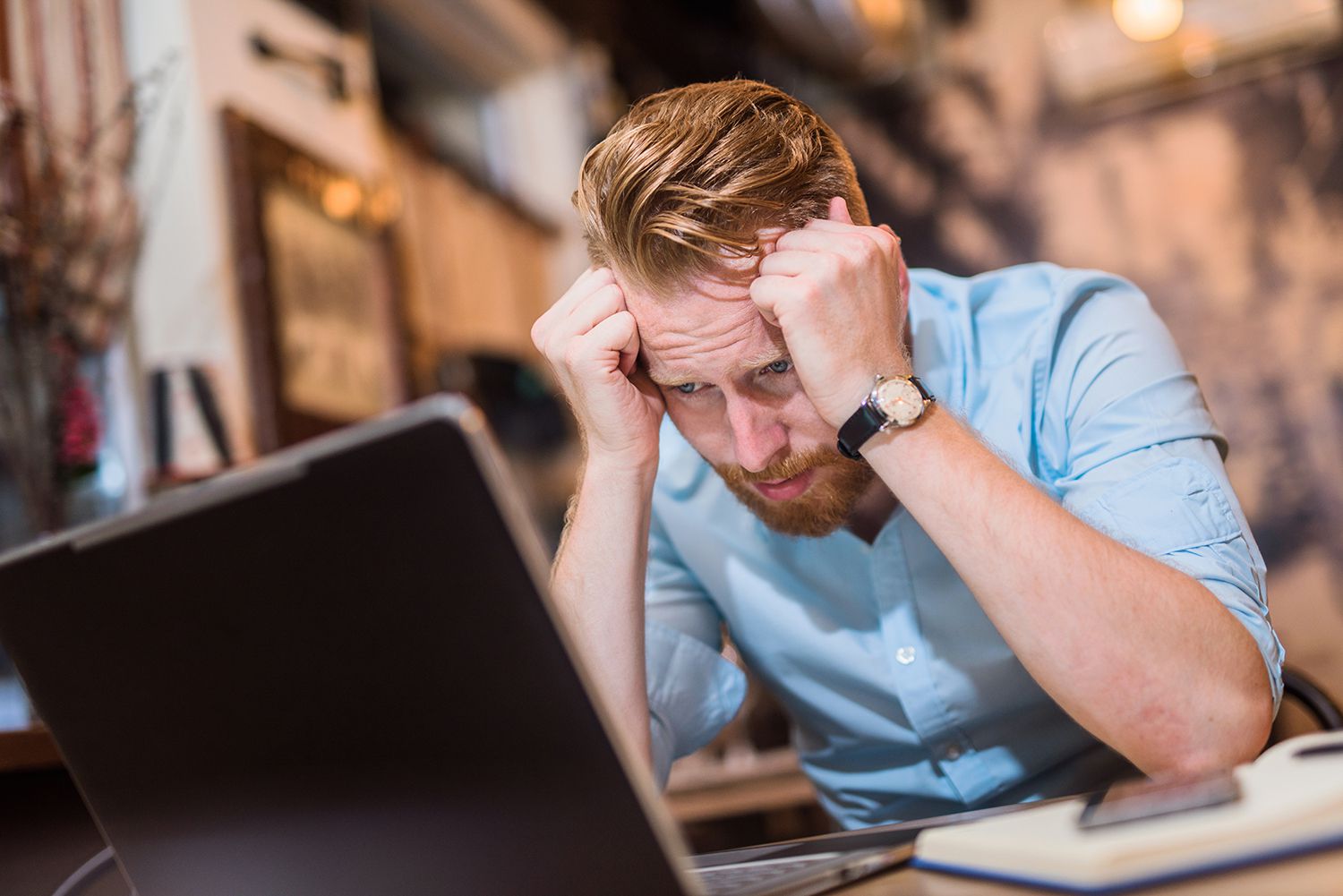 What Causes a Stock to Increase and Fall?

Uncertainty is a central feature of the stock market. Prices rise and fall as speculators place their bets, based on uncertain predictions of future price movements. In most cases, these price changes are fairly gradual. But sometimes, the price can rise or fall astronomically in a matter of days.

These sharp price swings can be caused by unexpected crises, such as wars or pandemics. They can also be the result of new information or black swan events. The resulting short-term volatility may cause sudden price shocks as investors scramble to respond.

Not all such price shocks result in prices collapsing. Below, we list some of the biggest price shocks in stock market history, as well as the winners and losers.

In one of the biggest short squeezes of all time, automaker Volkswagen became “the world’s priciest firm” over the course of a single trading day. Just before this massive spike, Volkswagen was widely believed to be an independently owned entity.

The market held an overwhelmingly bearish outlook on its prospects, and the stock consequently fell victim to an unusually high number of short-sellers. Then, on Oct. 28, 2008, carmaker Porsche suddenly announced it held a 74.1% ownership share in Volkswagen, which it had recently acquired through derivatives trading. Porsche abruptly took over Volkswagen’s operations, and shortly after that, institutional and individual investors alike scrambled to liquidate their short positions.

Consequently, some shares sold for over €1,000, briefly making Volkswagen the largest company in the world, based on sheer market capitalization. At its highest point during the day, the company share price was up by more than 93%.

Before the year ended, the charges against Porsche and its former CEO and CFO were dismissed.

Then, on Feb. 8, 2011, a black swan event occurred when famed media entrepreneur Robert F.X. Sillerman announced he would be acquiring Gateway, going into effect on Feb. 11, 2001. Based solely on Sillerman’s reputation, Gateway’s stock immediately spiked over 20,000% to $2.97 per share. Sillerman then consolidated Gateway Industries with a handful of other firms to create his startup media and entertainment firm, Function (X), later renamed Viggle Inc. in 2012.

The drop in market value over a single day of trading was on Feb. 3, 2022, when Meta Platforms Inc. (META) operating as Facebook, lost $232 billion in market value. This surpasses the previous largest single-day loss held by Apple Inc. (AAPL) only 17 months earlier.

Meta shares had risen for five straight days, until a lackluster earnings report sent investors reeling. The company’s earnings fell way short of analyst expectations and were coupled with the astounding news that Facebook had posted a decline in daily users. This was the first time the company posted such news, and the market reacted fiercely.

There were other aspects of the report and subsequent call that prompted an exodus from the stock. CEO Mark Zuckerberg and his team mentioned the weight that Apple’s iOS update had on the social media company’s advertising revenue and would result in a $10 billion loss to the company.

The price of the stock plummeted, dropping 26% during the day, erasing hundreds of billions of dollars in the process.

A black swan event is an event that is considered so improbable that market actors cannot adequately prepare for it. However, black swan events often seem inevitable when viewed retrospectively.

One day after Meta’s staggering loss, another tech giant set a new record for single-day gains. On January 4, 2022, Amazon (AMZN)’s market capitalization rose by $190 billion in a single day, beating out Apple’s record of $179 billion a week earlier.

The 14% rise was attributed to a promising fourth-quarter earnings report that highlighted Amazon’s revenues from online advertising and cloud services. Amazon also announced a $20 price hike for Amazon Prime, meaning that the company’s subscribers would soon start paying 17% more.

However, those rushing to buy Amazon may have been overly optimistic. In the months after that stunning rise, online sales slumped in the face of a weakening pandemic, while an increasingly active union movement threatened to raise the company’s operating costs. Within three months, Amazon again set another record: on April 28, the price of AMZN stock fell 14%, the company’s biggest single-day loss since 2006.

In Q2 of 2012, Zynga (ZNGA), a tech company that develops online games, announced it had radically missed projected earnings and subsequently fell more than 40% during after-hours trading that day. Several key factors led to this giant drop.

First and foremost, Zynga works in close partnership with Meta (formerly Facebook), and both companies had their initial public offerings within the same year. Facebook’s IPO was notoriously disastrous, with a $38 IPO price that dropped to a low of $17.55 just three months later. This reflected poorly on Zynga, whose own numbers were also disappointing.

Analysts predicted Zynga would produce earnings per share (EPS) of six cents and revenues of $344.12 million. However, the company reported an EPS of just one cent for the quarter and $332 million in revenue. Even more troubling was the company’s revised full-year earnings forecast of four to nine cents EPS, when Wall Street expected an EPS of five cents.

As a result, Zynga stock fell $3.03 in after-hours trading. When a company misses earnings by as much as Zynga did, the market will rapidly correct itself and price in the new information. Once the toast of tech, Zynga found itself playing the survival game.

Small-cap stocks tend to be more volatile than blue chips like Facebook or Amazon because they have fewer buyers and sellers. These companies may experience larger drops in percentage terms, but the dollar value of these changes will be smaller.

At the beginning of the COVID-19 pandemic, no serious investor would have predicted that a struggling chain of brick-and-mortar stores reliant on mall traffic would become the most talked-about stock of 2021. Certainly not the managers of Melvin Capital, one of several hedge funds that began placing multi-billion dollar short trades against GameStop (GME) in the lead-up to the 2020 holiday season.

However, short traders overplayed their hands. Retail investors on Reddit and other online communities began to notice the unusually high short interest against GameStop and suspected that some of the hedge funds had engaged in naked shorting—the predatory practice of selling nonexistent shares in order to bet against a company. Knowing the hedge funds would soon have to cover their shorts, online traders began heavily investing in GameStop stock and options.

The result was a spectacular short squeeze that reverberated throughout the market. In January 2021, GameStop shares soared from about $17 to a high of over $500, before several brokerages limited buys of GameStop and other meme stocks. The hedge funds were forced to close their short positions, with billions of losses. A few months later, Melvin Capital shut down.

This was not the end of the GameStop saga, as brokerage firms were accused of manipulating the market in favor of their institutional clients. Several federal and state regulators initiated investigations of short sellers, and multiple class-action lawsuits were filed against the brokerages that had halted trading.

Still, while an initial short squeeze may have initiated the rapid rise in price in the stock, it is less certain that closing short positions are what sustained the high prices for months following the initial event. According to an SEC on the topic, “Whether driven by a desire to squeeze short sellers and thus to profit from the resultant rise in price, or by belief in the fundamentals of GameStop, it was the positive sentiment, not the buying-to-cover, that sustained the weeks-long price appreciation of GameStop stock.”

Which Stock’s Price Rose the Most in One Day in History?

Only one day after Meta Platforms experienced the largest single-day stock market loss in history, Amazon (AMZN) clawed back 14% and posted the single largest one-day gain in U.S. stock market history. The company’s market capitalization grew by $191 billion. Though less than Facebook’s drop, this is surprising given that it was one day after a massive drag on the tech sector.

How Does a Short Squeeze Work?

Short traders bet against companies by borrowing shares and selling them, hoping to buy those shares back at a lower price. A short squeeze may happen if the price fails to fall as low as the short sellers hoped. In order to close their positions, the short sellers must buy shares of the stock, thereby sending the share price even higher.

What Was the Bigggest Short Squeeze in History?

The biggest short squeeze in history happened to Volkswagen stock in 2008. Although the auto maker’s prospects seemed dismal, the company’s outlook suddenly reversed when Porsche revealed a controlling stake. As short sellers rushed to cover their positions, the share price increased sharply, until VW was (briefly) the largest company in the world.

Stocks rising and falling is an everyday occurrence but when a market mover drags down an entire sector—and sometimes the entire market—people take notice. A company can post negative earnings with unattractive future rhetoric as Meta did, causing them to lose hundreds of billions or a company can surprise on the upside, such as with Gateway and the surprise acquisition that sent its shares soaring.