( / ) ( / ) ( / ) ( / ) ( / ) ( / ) ( / ) ( / ) ( / ) ( / )
Trending Now
Trump campaign settles lawsuit, voids NDAs
FTX-tied townhouse in Washington DC unlisted: Report
Bitcoin [BTC]: The rest of the month may...
Russian, Ukrainian officials say dozens of soldiers were...
PancakeSwap’s momentum slowed- Will CAKE form a plateau...
What It Is and How to Calculate and...
Inside Relativity Space’s monster factory 3D-printing reusable rockets
How Can My Brother Buy My Share of...
27-year-old pays $1,850 to live in a former...
How to protect against crime in the metaverse
Home Mutual Funds Top 10 Wealthiest Families in the World
Mutual FundsNews

Top 10 Wealthiest Families in the World 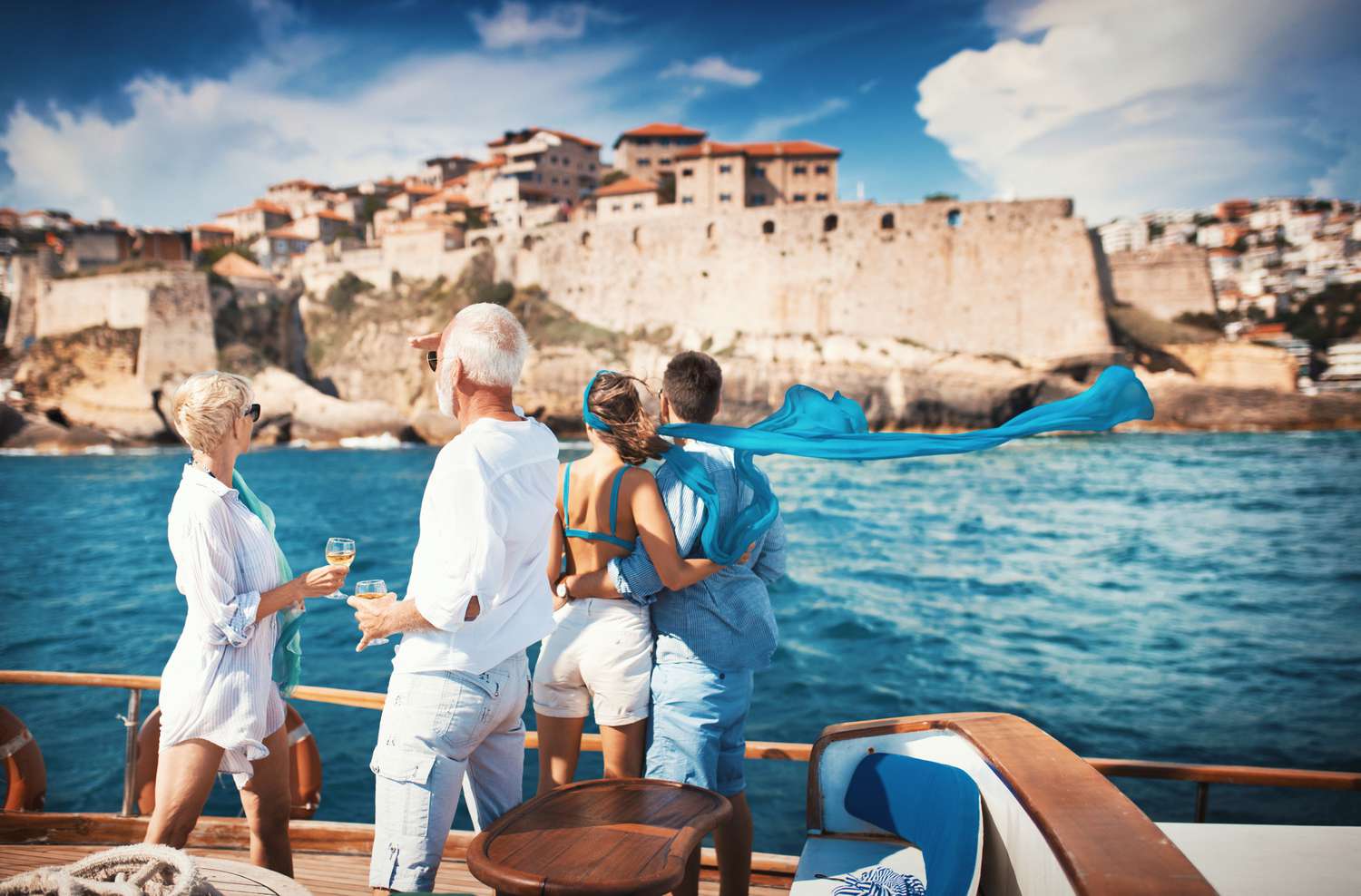 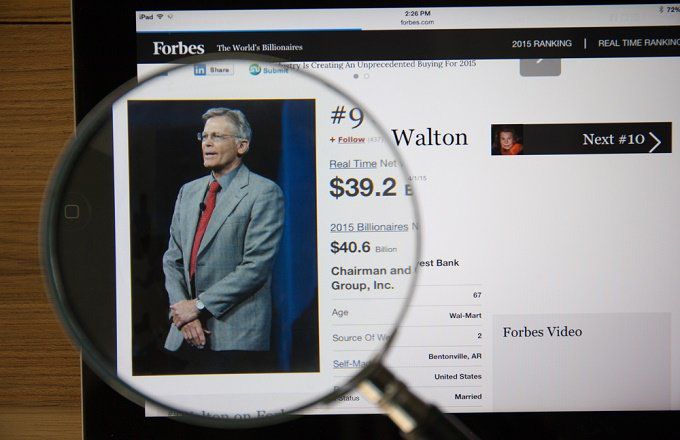 Regardless of your financial status, keeping tabs on the ultrarich—whether with admiration, envy, or resentment—is probably more pleasurable and less demanding than researching a mortgage, shopping for online brokers, or studying finance and economics.

The appeal of wealthy families reflects a culture that fetishizes wealth and lionizes the rich. The upper echelon of business leaders are celebrities of a sort, scrutinized for their ability to perform as athletes, actors, and politicians.

Successful family businesses may offer a universal appeal. Few of us will ever become billionaires, but everyone has a family. What’s more, family businesses imply values of authenticity, tradition, heritage, lineage, and quality. And wealthy families suggest royalty, especially if the wealth is intergenerational.

For the sake of simplicity, we have limited our list of richest families to those groups who originally made their fortunes through business, even if some heirs who still enjoy the money haven’t been employed in the business.

The Waltons are the richest family in the world. At the top of the value chain, in 2022, Jim, Alice, and Rob Walton are each worth around $65 billion and ranked No. 16, 18, and 19, respectively, on Forbes’ billionaire list.

Walmart is a retail behemoth. Founded by Sam Walton in Arkansas in 1962, Walmart is now the world’s largest company by 2021 revenues, with $524 billion and over 2.3 million U.S. associates.

If Walmart employees comprised their own city, it would be the fifth most populous American city. The company operates over 10,500 retail stores worldwide and 4,720 stores in the U.S. as of December 2022.

Best known for big-box stores in rural and suburban America, Walmart is celebrated for its low-priced products and criticized for its labor practices. The company failed to bring its big-box consumer lifestyle to New York City, unlike its competitor, Target.

Mars is the Walmart of candy—a multigenerational family business that is ubiquitous and wildly popular. Today, the company is better known for making M&Ms than for its eponymous Mars bar. In 2017, the world’s largest candy company diversified with the purchase of VCA, a pet care company, for $9.1 billion.

Siblings Jacqueline and John Mars, whose grandfather, Frank Mars, founded the company, each have a net worth of $31.7 billion and are tied for No. 41 on Forbes’ list of billionaires. The company is now being run by some of their children, the fourth generation of Mars family members.

Charles Koch owes his staggering fortune to an oil business founded by his father, but today, he is perhaps better known to the general public for his politics, digging into his deep pockets to place his stamp on it—financing candidates and libertarian think tanks, funding university professorships, and lobbying for policy positions, all aimed at furthering a conservative agenda.

Charles partnered with his brother David until the latter’s death in 2019. Charles is worth an estimated $60 billion, tied for the 21st spot with David’s widow Julia Koch and family on the Forbes billionaires list.

The House of Saud, the Saudi royal family, has a monarchical history extending back nearly a century. The family’s massive fortune, estimated at $105 billion, has grown thanks to decades of payments from the Royal Diwan, the king’s executive office.

Ties with Saudi Aramco, one of the world’s most profitable companies and a behemoth of the oil industry, ensure that the Saudi royal family continues to accumulate wealth. It’s difficult to accurately assess the wealth of the House of Saud, in part because the family contains as many as 15,000 extended members, many of whom have founded businesses, received government contracts, and more.

French fashion house and luxury purveyor Hermès has dazzled the world with its signature scarves, neckties, and perfumes, as well as its iconic Kelly and Birkin handbags. Back in the 19th century, Thierry Hermès fashioned riding apparel for the aristocracy.

Today, the company dresses basketball royalty such as LeBron James. Fusing old-school and new technology, Hermès Apple Watches sell for $1,299 and up. Axel Dumas currently serves as the company’s CEO and chair, and Pierre-Alexis Dumas is the artistic executive vice president.

Indian industrial conglomerate Reliance Industries, the only Asian company on our list, might be the least well-known to average readers.

French high-fashion house Chanel is legendary for the timeless “little black dress,” the No.5 perfume, and the late high-profile designer Karl Lagerfeld, who died on Feb. 19, 2019.

Brothers Alain and Gerhard Wertheimer now co-own the company that their grandfather staked with founder Gabrielle Coco Chanel. The brothers are both ranked 43rd on the Forbes billionaires list, with a net worth of $31.2 billion each.

Cargill is one of the largest and most successful agricultural companies in the world. It was started by William W. Cargill who founded the commodities business with a grain storage warehouse in Iowa in 1865.

The company is controlled by both the descendants of William W. Cargill and his son-in-law, John H. MacMillan, hence the two family names of the company.

The Thomson family garners its wealth from Thomson Reuters, the media company. The family got its start in the 1930s when Roy Thomson started a radio station in Ontario, Canada, and later moved into newspapers.

Roy Thomson’s grandson, David Thomson, is the chairman of Thomson Reuters. He ranks 26th on Forbes’ billionaires list with a net worth of $49.2 billion.

Roche is a Swiss pharmaceutical company founded by Fritz Hoffmann-La Roche in 1896. The company’s revenues are driven by its oncology drugs which contributed to the company’s 2021 revenue of $68.7 billion.

Descendants of La Roche control 9% of the company.

What Is the Richest Family on Earth?

According to Bloomberg, with $224.5 billion of estimated wealth in 2022, the Walton family is the richest family in the entire world.

Which 10 Families Are the Wealthiest?

The top 10 richest families in 2022 by estimated wealth are:

Who Are the Wealthiest People in the World?

This list may read as a naked celebration of wealth at a time of rising global inequality and a vanishing middle class. It may also be seen as condoning heedless consumption at a time when the future of wealth itself is in question. Moreover, the focus on families means the list doesn’t include the world’s three richest individuals.