( / ) ( / ) ( / ) ( / ) ( / ) ( / ) ( / ) ( / ) ( / ) ( / )
Trending Now
Trump campaign settles lawsuit, voids NDAs
FTX-tied townhouse in Washington DC unlisted: Report
Bitcoin [BTC]: The rest of the month may...
Russian, Ukrainian officials say dozens of soldiers were...
PancakeSwap’s momentum slowed- Will CAKE form a plateau...
What It Is and How to Calculate and...
Inside Relativity Space’s monster factory 3D-printing reusable rockets
How Can My Brother Buy My Share of...
27-year-old pays $1,850 to live in a former...
How to protect against crime in the metaverse
Home Markets Tish Cyrus seemingly confirms relationship with ‘Prison Break’ star Dominic Purcell
MarketsNewsUS 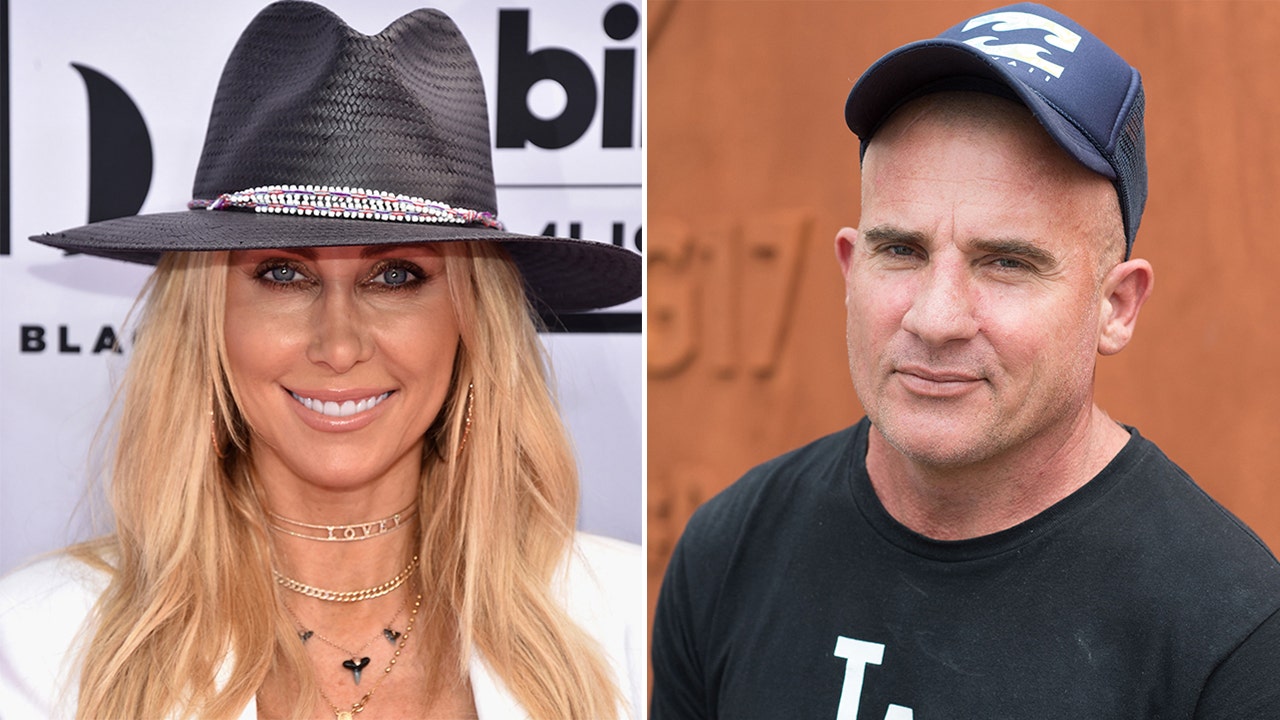 Tish Cyrus is moving on.

“Thanks for the cute photo,” she wrote, tagging the photographer, Vijat M. She also tagged Purcell and added a red heart emoji.

In the image, Cyrus, 55, and Purcell, 52, are sitting on the pool ledge overlooking the ocean during Miley Cyrus’ 30th birthday celebration.

Miley turned 30 on Wednesday, but according to US Weekly, the “Wrecking Ball” singer hosted a party on Sunday.

Reps for Tish and Dominic did not immediately respond to Fox News Digital’s request for comment.

Although Tish hasn’t shared Purcell on her social media before this weekend, fans noticed she left red heart emojis under an Instagram post the actor shared in July.

“It says it all really. 4 kids under the age of four. (think I’m 31 here). Wouldn’t change a thing,” Purcell captioned his post with his children. “Very proud of all my children and being a dad. Best job ever. F—kin hard though.”

“It really does say EVERYTHING,” Tish wrote, adding a laughing face emoji.

A rep for Tish had “no comment” when reached out to by Fox News Digital.

The filing in Williamson County, Tennessee, also indicated that Tish and Billy Ray have lived separately since February 2020. It appears the couple did not have a prenuptial agreement, and Tish asked the court to make an “equitable division and distribution” of the marital assets.

This wasn’t the first time Billy Ray and Tish had initiated divorce proceedings.

However, the two managed to work things out in couple’s therapy.

This time, the couple seem to be over for good. Billy Ray has also moved on and is engaged to his much younger girlfriend, Firerose.

Speculation that Billy Ray had popped the question began in August when Firerose was seen wearing a diamond ring in an Instagram photo. The 61-year-old singer confirmed the news in early November, telling People he and his 34-year-old fiancé have a “happy, pure love.”

Janelle Ash is an entertainment writer for Fox News Digital.