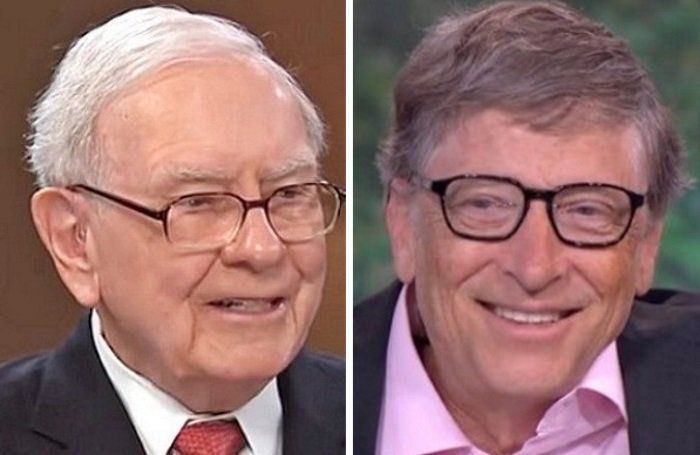 In 2020, there were reportedly 2,095 billionaires on Earth, with an estimated total net worth of $8 trillion. Of this amount, the top five wealthiest people in the world account for $727.6 billion, or roughly 9.10%, which is impressive when you consider that they represent around 0.24% of billionaires.﻿﻿﻿﻿﻿﻿﻿﻿﻿﻿﻿﻿ Below are the five individuals currently considered the wealthiest at the time of updating this article — Jan. 14, 2021 — according to Bloomberg’s Billionaires Index.

The current richest man in the world, Elon Musk has had his hands in several different companies over the years.﻿﻿﻿﻿﻿﻿﻿﻿ ﻿Originally enrolled at Stanford University, Musk deferred his attendance to launch Zip2, one of the earliest online navigation services.﻿﻿﻿﻿﻿﻿﻿﻿﻿﻿﻿﻿﻿﻿﻿﻿ A portion of the proceeds from this endeavor were then reinvested to create X.com, an online payment system that later became PayPal. While both of these systems were eventually sold to other companies, Musk has maintained his status as CEO and lead designer for his third project, Space Exploration Technologies (SpaceX), which aims to make space exploration more affordable.﻿﻿﻿﻿﻿﻿﻿﻿

In 2004, he became a major funder of Tesla Motors (now Tesla), which led to him being retroactively declared a co-founder and his current position as CEO of the electric vehicle company.﻿﻿﻿﻿﻿﻿﻿﻿﻿﻿﻿﻿﻿﻿﻿﻿ In addition to its line of electric automobiles, which include sedans, sport utility vehicles (SUVs), and the “Cybertruck” announced in 2019, Tesla also produces energy storage devices, automobile accessories, merchandise, and, through its acquisition of SolarCity in 2016, solar power systems.﻿﻿﻿﻿﻿﻿﻿﻿﻿﻿﻿﻿﻿﻿﻿﻿

In 2016, Musk founded two more companies, Neuralink and The Boring Company, with him serving as the CEO of the former.﻿﻿﻿﻿﻿﻿﻿﻿﻿ Neuralink is developing brain-machine interface devices to help individuals suffering from paralysis and potentially allow users to mentally interact with their computers and mobile devices.﻿﻿﻿ The Boring Company, meanwhile, develops boring machines for the purpose of drilling tunnels for underground public transportation systems, which would mitigate traffic congestion in major cities.﻿﻿﻿ It also (briefly) sold a handheld flamethrower.﻿﻿﻿

Though Amazon.com originally started out selling books, it has since morphed into a one-stop-shop for everything under the sun, and is arguably the world’s largest retailer.﻿﻿﻿﻿﻿﻿﻿﻿ At any rate, it is hard to dispute its self-description as the “earth’s most customer-centric company.”﻿﻿﻿﻿﻿﻿﻿﻿ Its pattern of constant diversification is evident in some of its unexpected expansions, which include acquiring Whole Foods in 2017 and launching its own branded over-the-counter drugs in Feb. 2018.﻿﻿﻿﻿﻿﻿﻿﻿ ﻿﻿﻿﻿﻿﻿﻿﻿

While attending Harvard University in 1975, Bill Gates went to work alongside his childhood friend Paul Allen to develop new software for the original microcomputers. Following this project’s success, Gates dropped out of Harvard in his junior year and went on to found Microsoft alongside Allen.﻿﻿﻿﻿﻿﻿﻿

In addition to being the the largest software company in the world, Microsoft also produces its own line of personal computers, publishes books through Microsoft Press, provides email services through its Exchange server, and sells video game systems and associated peripheral devices.﻿﻿﻿﻿﻿﻿﻿﻿﻿﻿﻿﻿﻿﻿﻿﻿﻿﻿﻿﻿﻿ Originally Microsoft’s chief software architect, Gates later transitioned to the role of the chairman in 2008. He had joined Berkshire Hathaway’s board in 2004.﻿﻿﻿﻿﻿﻿﻿﻿﻿﻿﻿﻿﻿﻿ He later stepped down from both boards on March 13, 2020.﻿﻿﻿﻿﻿﻿﻿﻿﻿﻿﻿﻿﻿﻿

In 2000, Gates’ two philanthropic organizations—the William H. Gates Foundation and the Gates Learning Foundation—were merged to create the Bill & Melinda Gates Foundation, of which he and his wife, Melinda Gates, are co-chairs.﻿﻿﻿﻿ Through the foundation, he has spent billions to fight polio and malaria.﻿﻿﻿﻿ Additionally, he pledged $50 million in 2014 to help fight Ebola. In 2020, the foundation promised to spend $300 million to combat the COVID-19 pandemic.﻿﻿﻿﻿﻿

An engineer by training, Arnault’s business chops became apparent while working for his father’s construction firm, Ferret-Savinel, which he would take control of in 1971.﻿﻿﻿﻿﻿﻿﻿﻿﻿ He later converted Ferret-Savinel to a real estate company named Férinel Inc. in 1979.﻿﻿﻿﻿﻿﻿﻿﻿﻿﻿

Arnault remained Férinel’s chairman for another six years, until he acquired and reorganized luxury goods maker Financière Agache in 1984, eventually selling all of its holdings other than Christian Dior and Le Bon Marché.﻿﻿﻿ He was invited to invest in LVMH in 1987 and would become the majority shareholder, chairman of the board, and CEO of the company two years later.﻿﻿﻿

Mark Zuckerberg first developed Facebook alongside fellow students Eduardo Saverin, Dustin Moskovitz, and Chris Hughes while attending Harvard University in 2004.﻿﻿﻿﻿﻿﻿﻿﻿﻿﻿ As Facebook began to be used at other universities, Zuckerberg dropped out of Harvard to focus entirely on his growing business.﻿﻿﻿﻿﻿﻿﻿﻿﻿﻿﻿﻿﻿﻿﻿﻿﻿﻿﻿﻿ Today, Zuckerberg is the CEO and chairman of Facebook, which had more than 2.7 billion monthly active users as of Q3 2020.﻿﻿﻿﻿﻿﻿﻿﻿﻿﻿﻿﻿﻿﻿﻿﻿﻿﻿﻿﻿

Zuckerberg and his wife, Priscilla Chan, founded the Chan Zuckerberg Initiative in 2015, with each of them serving as co-CEO. Their charity seeks to leverage technology in order to fix societal ills, such as improving the access and quality of education, reforming both the criminal justice system and the United States immigration system, improving housing affordability, and eventually eradicating all diseases.﻿﻿﻿﻿﻿﻿﻿﻿﻿﻿

If you want to get a little closer to making Bloomberg’s richest billionaires list, then you might need to become a technological innovator or a retail king. Or you can keep it simple and focus on value investing. It also wouldn’t hurt to inherit a large sum, as some of the world’s wealthiest people have. It also wouldn’t hurt to have money at the start, as Arnault and other wealthy individuals, such as Jim Walton (#16 on Bloomberg’s Billionaire Index) and Charles Koch (#19), did.﻿﻿﻿﻿﻿﻿﻿﻿ However, the greatest fortunes on the list started as great ideas.

Archegos Left a Sparse Paper Trail for a...