The Risks and Rewards of Investing in Startups 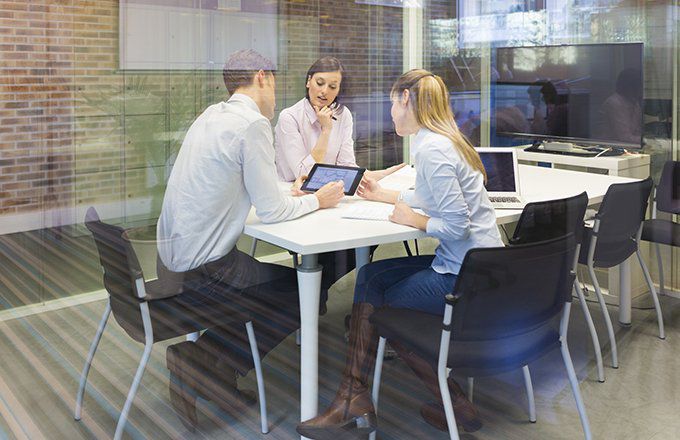 What Are the Risks and Rewards of Investing in Startups?

Investing in startup companies is a very risky business, but it can be very rewarding if and when the investments do pay off. The majority of new companies or products simply do not make it, so the risk of losing one’s entire investment is a real possibility. The ones that do make it, however, can produce very high returns on investment.

Investing in startups is not for the faint of heart. Founders, friends, and family (FF&F) money can easily be lost with little to show for it. Investing in venture capital funds diversifies some of the risks but also forces investors to face the harsh reality that 90% of companies funded will not make it to initial public offering (IPO).

For those that do go public, the returns can be in the thousands of percent, making early investors very wealthy indeed.

Understanding the Risks and Rewards of Investing in Startups

A startup goes through a number of stages, and each one of them offers distinct opportunities and risks for investors.

Stage One of a Startup

Every startup begins with an idea. In this first phase, they do not yet have a working product, a customer base, or a revenue stream. These new companies can fund themselves by using founders’ savings, obtaining bank loans, or issuing equity shares.

Handing over seed money in return for an equity stake is what comes to mind for most people when thinking about what it means to invest in startups.

It is estimated that, worldwide, more than a million new companies are formed each year. The first money obtained by these companies is usually that of founders, friends, and family (FF&F), known as seed money or seed capital.

These sums are generally small and allow an entrepreneur to prove that an idea has a good chance of succeeding. During the seed phase, the first employees may be hired and prototypes developed to pitch the company’s idea to potential customers or later investors.

The money invested is used for activities like performing market research.

Stage Two of a Startup

Once a new company moves into operations and starts collecting initial revenues, it has progressed from seed to bona fide startup.

At this point, company founders may pitch their idea to angel investors. An angel investor is usually a private individual with some accumulated wealth who specializes in investing in early-stage companies.

Stage Three of a Startup

By this point, the founders will have developed a solid business plan that dictates the business strategy and projections going forward. Although the company is not yet earning any net profits, it is gaining momentum and reinvesting any revenues back into the company for growth.

This is when venture capital steps in.

Venture capital can refer to an individual, private partnership, or pooled investment fund that seeks to invest and take an active role in promising new companies that have moved past the seed and angel stages. Venture capitalists often take on advisor roles and find a seat on the board of directors for the company.

Venture capital may be sought in additional rounds as the company continues to burn through cash in order to achieve the exponential growth expected by VC investors.

Today, private individuals can take part to some degree in the venture capital phase by investing in private equity funds that specialize in venture capital funding, allowing for indirect investment in startups.

Private equity funds invest in a large number of promising startups in order to diversify their risk exposure to any one company. According to recent research, the failure rate for a venture fund portfolio is 40% to 50% in a given year, and 90% of all companies invested in will not make it beyond the 10-year mark.

The notion that only one in 10 venture capital investments will succeed is industry expectation. The 10% of companies that do make it big can return many thousands percent to investors.

Typical venture deals are structured over 10 years until exit. The ideal exit strategy is for the company to go public via an initial public offering (IPO), which can generate the out-sized returns expected from taking on such risk. Other exit strategies that are less desirable include being acquired by another company or remaining as a private, profitable venture.

A prime example of a successful startup story is Alphabet Inc., better known as Google. The search giant launched as a startup in 1997 with $1 million in seed money from FF&F. In 1999, the company was growing rapidly and attracted $25 million in venture capital funding, with two VC firms acquiring around 10% each of the company. In August 2004, Google’s IPO raised over $1.2 billion for the company and almost half a billion dollars for those original investors, a return of almost 1,700%.

This big return potential is the result of the incredible amount of risk inherent in new companies. Not only will 90% of VC investments fail, but there is a whole host of unique risk factors that must be addressed when considering a new investment in a startup.

The first step in conducting due diligence for a startup is to critically evaluate the business plan and the model for generating profits and growth in the future. The economics of the idea must translate into real-world returns.

Many new ideas are so cutting edge that they risk not gaining market adoption. Strong competitors or major barriers to entry are also important considerations. Legal, regulatory, and compliance issues are also important to consider for brand-new ideas.

Many angel investors and VC investors indicate that the personality and drive of the company founders are just as, or even more important than the business idea itself.

Founders must have the skill, knowledge, and passion to carry them through periods of growing pains and discouragement. They also have to be open to advice and constructive feedback from inside and outside the firm. They must be agile and nimble enough to pivot the company’s direction given unexpected economic events or technological changes.

Other questions that must be asked are, if the company is successful, will there be timing risk? Will the financial markets be friendly to an IPO five or 10 years down the road? Is the company going to have grown enough to successfully IPO and provide a solid return on investment?