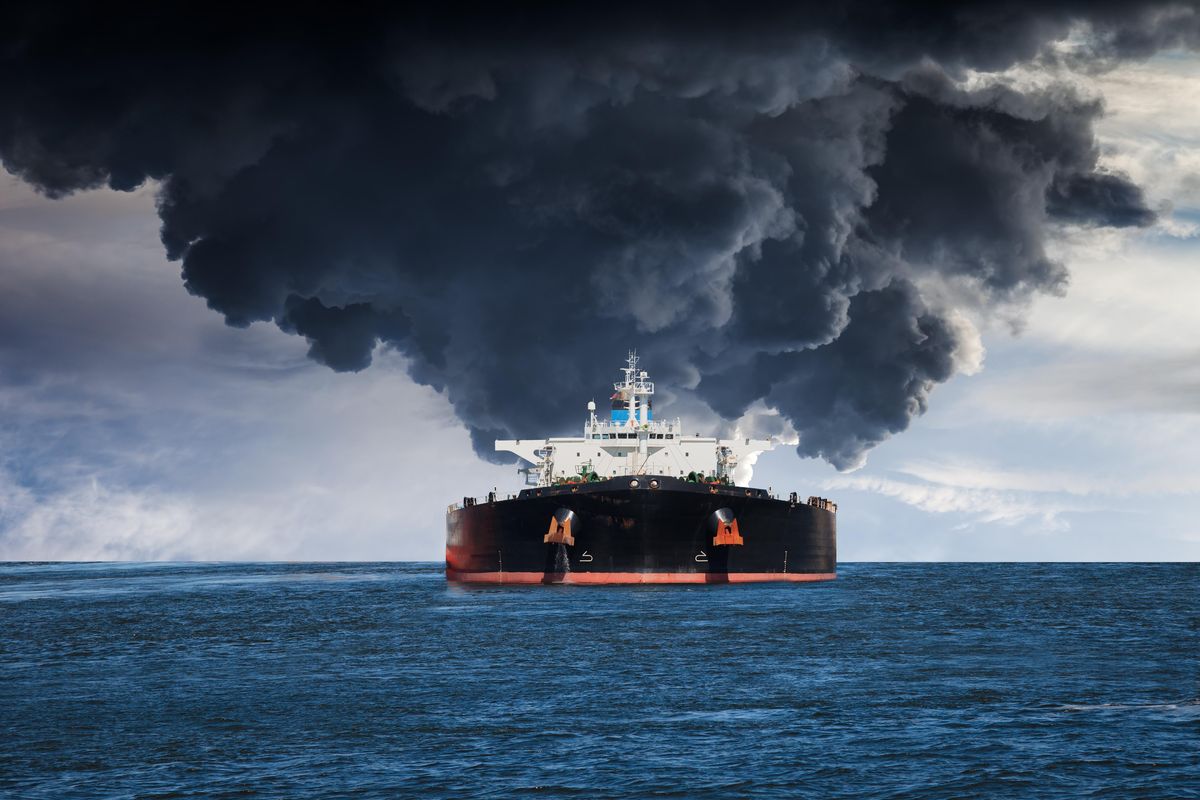 The problems of hoarding in the current pandemic rings a bell to old timers following oil markets. In 1979, during the Iranian Oil Crisis, when lines sprang up at gasoline stations the then-Energy Secretary James Schlesinger suggested taking crude away from refiners with high inventories who were presumably not producing gasoline and giving it to those who would. This was quickly reversed after an uproar, but it highlighted the fact that some companies had stressed efficiency (in the form of low inventories) over security (high inventories).

The problem of prioritizing efficiency over security is not a new one. This behavior was a cause of the Great Depression, when banks tried to cut costs by minimizing their financial reserves, and then went under when a bank run occurred and they couldn’t meet demand from depositors. The government then regulated a minimum of reserves (and depositor insurance) to prevent future panics, in effect, requiring insurance while preventing some banks from gaining short-term market share by avoiding the cost of the insurance.

After the 1979 Oil Crisis, oil companies faced the same dilemma, especially where some oil exporting countries offered secure supplies in return for investments, as in the case of Mobil’s building a petrochemical plant in Saudi Arabia. Since there was a broad consensus that oil would become increasingly scarce, locking up supplies, even at an extra cost, appeared wise. Needless to say, that proved incorrect and a costly error.

Governments also took steps, with many requiring oil companies to have a minimum level of inventories (usually 90 days), rather as banks had to keep reserves. The idea was to guard against having low inventories going into a new supply disruption. Other governments, like the U.S. and Japan, build federally-owned strategic reserves to deal with the problem.

The covid19 pandemic is just one of recent events that illustrates the downside of globalization that stems from the all-out pursuit of efficiency: relying on a single supplier can lower costs as they achieve economies of scale. But this increases vulnerability to black (or gray or white) swan events: the automobile industry’s heavy reliance on one supplier of airbags created problems when they proved defective. Similarly now, reliance on China for certain medical equipment resulted in shortages in many places.

In terms of supply availability, the oil industry has a blessing of such abundance that it’s a curse (except for owners of storage capacity). But there is a related problem when investment is undiversified, especially in high-cost shale oil or oil sands. Producers in much of the world see the host governments absorb a significant amount of price risk, as fiscal terms including sliding tax scales which go up and down with prices.

The major oil companies, long the beneficiaries of the protection deep pockets provide, have also tended to diversify their holdings, usually geographically. The rush to U.S. shale did not prevent them from investing in African LNG, deepwater South America, and other places. But just as some shale gas producers were hard hit when U.S. natural gas prices declined, now those whose business model is solely geared towards the Bakken or Permian basins are taking a hit.

Arguably, there is nothing wrong with companies pursuing strategies that involve concentrating their operations to maximize efficiency, as long as they understand the risks involved. Sadly, too many in the industry have scoffed at price risk, often insisting that prices could not go below their costs, something that CEOs like Aubrey McClendon who said in 2008, the “real feature of the market is that every time there’s a draw down in gas prices, the floor is higher than it was before, as it should be, because of higher coal, higher operating costs, higher oil prices…People looking for $6-7 gas prices out of this draw-down will be disappointed.”

He was hardly alone in that illusion and indeed, the shale boom is somewhat reminiscent of the early 1980s drilling boom in the U.S., when companies eschewed political risk of international investment for secure, albeit high-cost conventional oil (I won’t mention the Old Colony project) in nice, safe United States, especially given expectations of ever-higher oil prices. Indeed, the price forecast consensus was so deeply ingrained that a 1980 Stanford survey of world oil computer models’ price forecasts, shown below, generated an error of 350% for the year 2000. (Nazli Choucri’s IPE model, that I worked on, was only (sic) off by 230%, second best. Strange bragging rights, I know, but you take ‘em where you can get ‘em.)

Which is not to say that companies shouldn’t invest in the U.S. shale belt, merely that they, and their investors, need to recognize price risk just as many recognize the political risk of developing oil and gas fields in troubled areas of the world—or areas that might later become troubled. Before Hugo Chavez, Venezuela was considered a low-risk area, for example; conversely, no one putting money into Iraq doesn’t think there is little political risk involved.

In the 1980s, after the almost universally unforeseen price collapse of 1986, a popular bumper sticker in Texas read, “God, grant me one more boom and I promise not to screw it up.” The industry has done much better at recognizing boom and bust cycles, but too many still fail to perceive price risk adequately, often at the behest of return-hungry investors. As always, due diligence is its own reward, and has been since the Romans coined the term caveat emptor.

(For further reading, see Christopher Helman’s excellent 2011 Forbes article on Aubrey McClendon. Also, my book, The Peak Oil Scare has several chapters on irrational exuberance in the oil industry. Only one left in stock, order soon! )