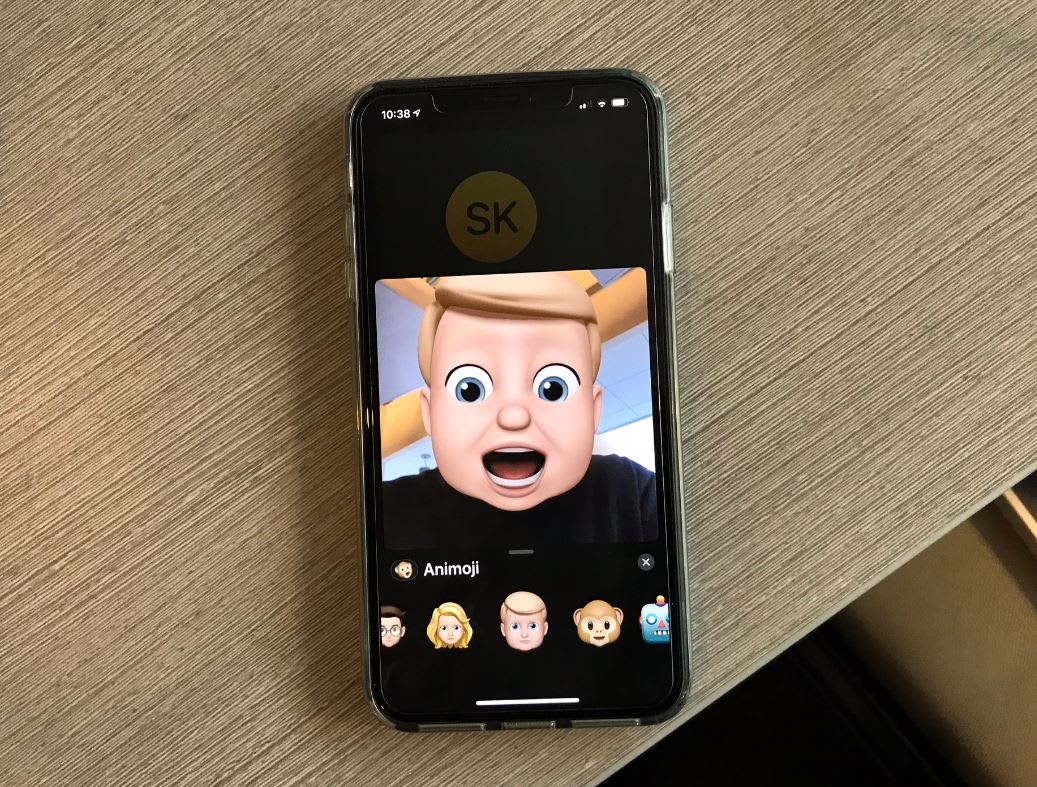 Apply fun filters or use your Memoji to talk.

As the coronavirus continues to keep us indoors, the best way to stay in touch with family and friends right now is through a video call. And everyone seems to be doing it. Last Friday, I had a birthday party on Zoom, a work happy hour on Slack and a family video call over Facebook Portal.

It’s not just me. The top free apps in Apple’s App Store right now include Zoom, TikTok, Houseparty, Google Classroom, Google Hangouts, Squad and others, a sign that many are looking for new ways to connect while locked down. But you may not know which app to use. Often, the best choice is to just pick whatever everyone else is using in the moment.

It seems like there’s now an app for every different situation. Maybe you use Zoom to chat with colleagues and FaceTime for friends and family. It all depends on your situation.

These are some of the best apps for video calls, and the features they include.

You can use pretty much any video chat app on an iPhone, but if you’re purely staying in touch with other Mac, iPhone and iPad users, it’s easiest to just stick with Apple‘s FaceTime. It supports up to 32 users at once, has been really reliable for me over the past few weeks and adds fun things like 3D face masks to spice up the chat.

It’s also probably the easiest to use, since it’s built right into all of Apple’s gadgets. For that reason, I think it’s best for staying in touch with seniors, such as grandparents and parents who just want something really simple and safe.

I like how it automatically detects who is speaking and makes their video the largest. Plus, it’s encrypted, which means the calls are totally private. Apple says it doesn’t gather any data about your FaceTime calls. But it’s still a bummer if you just want to add one person who’s on an Android device or Windows PC. You can’t do it.

Google Duo isn’t usually mentioned as a top video chat app, but I like it for a few reasons when I’m making calls to Android users from an Android phone. First, you can see the caller before you pick up (if they have the feature active) which is a neat touch. It’s also, like FaceTime, built right into the dialer of some phones, like Google Pixels and the latest Samsung phones, so you can just dial a number and hit the video chat button. Google just bumped the maximum up to 12 people on a call, which isn’t as many as FaceTime, but it works on Apple devices, web browsers and Android, so it’s easier to get people using different gadgets together.

OK, maybe you’re trying to call an Android phone from an iPhone, or vice versa. You could use Google Duo, but there’s an alternative that I like even better: WhatsApp, which is owned by Facebook. Google Duo doesn’t have a regular text chat option, but WhatsApp is awesome for massive group chats and it supports video calls with up to 16 people or voice calls with up to 32 people at the same time. It’s owned by Facebook but, unlike Facebook Messenger, it supports end-to-end encryption for keeping your video calls private. Plus, it works with the Facebook Portal, which is one of my favorite video calling systems.

A few video call apps come to mind for business users who need to make conference calls. It really comes down to what your company lets you use and what your IT department pays for. Some of the most popular ones include Cisco Webex, Zoom, Slack, Microsoft’s Skype, Google Hangouts or Microsoft Teams.

It’s a personal opinion, but I’ve had the most fun with Zoom, since it lets me customize my backgrounds so I can hide the messy room behind me and put something fun, like the CNBC newsroom, behind me. Like the other apps, it lets you screen share, so you can show colleagues what you’re working on, or host a Powerpoint presentation.

Zoom is free for up to 100 people for 40 minutes. I like that time limit for free calls. It forces people to end the call instead of dragging on forever. Plus, it seems like most people already have it installed, thanks to its recent surge in popularity.

Best video call apps for hanging out with friends

The Houseparty app icon is seen displayed on phone screen in this illustration photo.

There are three apps you might not have heard of: Houseparty, Squad and Discord. They’re totally different, but you should know about them.

Houseparty lets you video chat with up to 12 people across iPhone, Android, Mac and Chrome web browsers. But it’s more than just video chat. You can share your screen, or play games like Heads Up ($0.99), which requires you to guess the word on a card above your head. I haven’t seen this myself, but some folks have suggested other accounts were hacked after using Houseparty. The company is denying that and offering $1 million to anyone who can prove it.

Squad is similar to Houseparty. It lets you chat, make video calls and share your screen. But you can also shop with friends in any app, or easily watch TikTok and YouTube videos at the same time. It’s free and supports up to nine people at a time.

The new online PC game sales business designed by Discord offers a select menu of games curated by human staffers, as well as a subscription service. Other gaming sites offer thousands of games with algorithms making recommendations to users.

Discord is popular app primarily used by video game players to talk about the games. It lets you chat with a bunch of other people and host video calls with up to 10 folks. If you’re into gaming, you can team up friends and play the same game with video chat.