Tanker owners on course for bumper quarter as rates surge 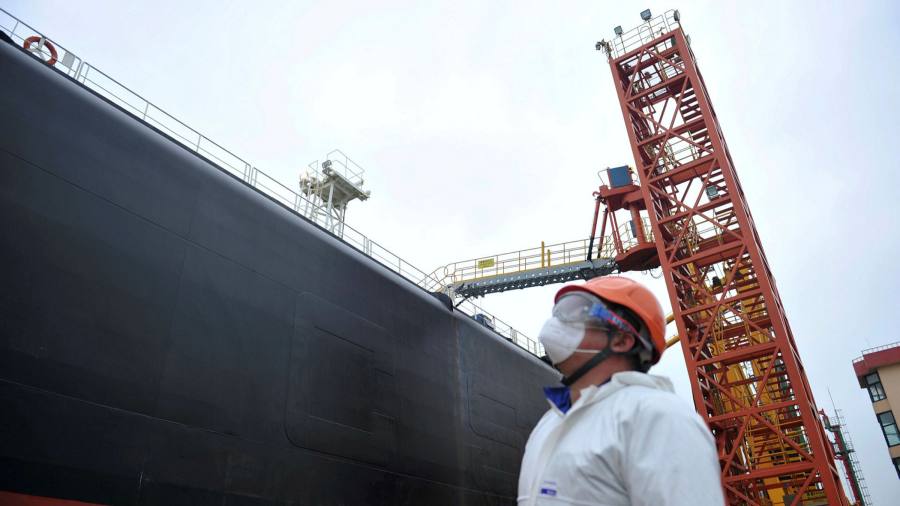 Tanker owners are set for one of their “greatest quarters in history” as the huge supply glut caused by the coronavirus crisis triggers a surge in charter rates for ships capable of carrying more than 2m barrels of oil.

The daily cost of hiring a very large crude carrier has more than doubled over the past week to a record $229,000 a day, according to Clarksons Platou Securities. With crude prices down two-thirds this year to below $25 a barrel as demand plummets, refiners and energy traders are scrambling to secure ships to either transport or store the commodity on the water.

Rates for hiring a VLCC for six months have also risen with one 12-year-old vessel, which has a market value of $44m, booked by a European oil major on Monday for $120,000 a day, or more than $20m overall, according to industry sources.

The historic collapse in demand for crude has been triggered by the coronavirus crisis and Saudi Arabia’s decision to start a price war with rival producers and flood the market with crude.

Standard Chartered estimates supply could outstrip demand by almost 22m barrels a day in April, 19.5m b/d in May and 13.7m b/d in June, exhausting spare storage capacity in the next six weeks.

For operators including Frontline, the Norwegian oil tanker group controlled by billionaire John Fredriksen, Euronav and International Seaways, the collapse in oil demand could generate bumper profits and returns for shareholders.

How is coronavirus taking its toll on markets, business, and our everyday lives and workplaces? Stay briefed with our coronavirus newsletter.

“The second quarter of 2020 now looks like it will be one of the greatest quarters in history for large crude carriers, and while there will be a hangover at some point, this party is totally worth it,” said Eirik Haavaldsen, head of research at Pareto Securities.

Frontline’s New York-listed shares rose about 22 per cent in March, while Euronav, which reported annual results on Tuesday, climbed about 24 per cent. International Seaways gained around 17 per cent.

Big energy traders are now scrambling to charter vessels to store oil and take advantage of a market structure called “contango”, whereby future oil supplies are more expensive than those for immediate delivery.

China’s Unipec booked 10 ships on Monday, according to Clarksons, as the price difference between Brent crude for delivery now and for delivery in six months ballooned to almost $14, surpassing the widest spread reached during the last financial crisis.

By buying oil cheaply now and selling at a higher price in the future market, traders can make money as long as the difference is greater than the cost of storage. In the last oil crash half a decade ago, traders spun billion-dollar profits through such trades.

“Floating storage is now happening at an unprecedented pace,” said Mr Haavaldsen. He expects as many as 150 VLCCs could leave the market for six to 12 months, earning around $95,000 and $65,000 a day in the second quarter and third quarter, respectively.

The longer term outlook is less certain. Euronav said on Tuesday it was “cognisant” that a large amount of the oil currently produced and transported was being stored for use at a future date.

“The build-up of these inventories could in the future impact the demand for the oil transportation sector and in particular the tanker markets,” it warned in its annual results statement.