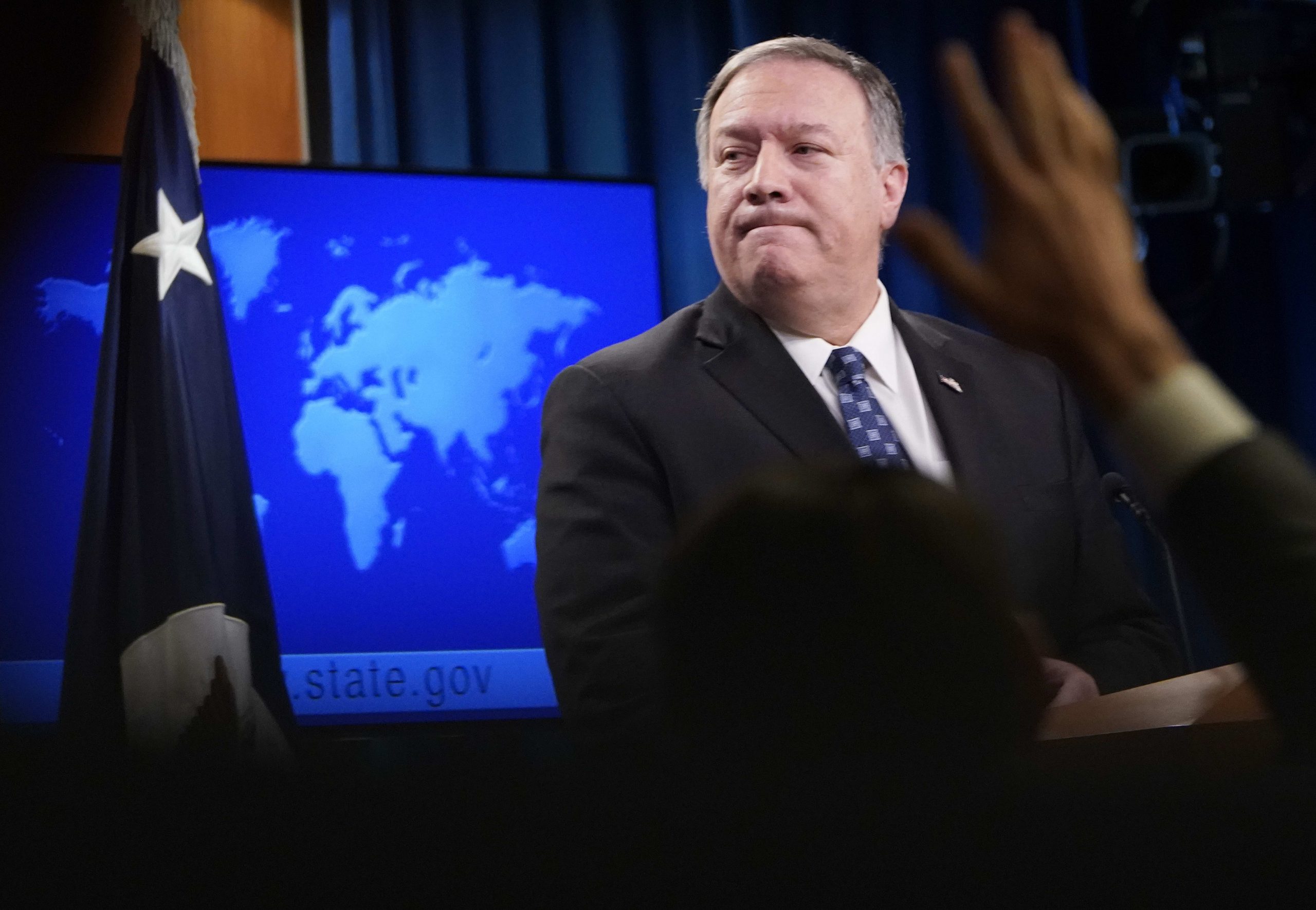 WASHINGTON — The nation’s top diplomat said Tuesday that a State Department official died from the coronavirus.

“We’ve had a State Department official pass away as a result of this virus,” Secretary of State Mike Pompeo said during a press briefing.

“We’ve had other members of the team come down with COVID-19 as well, I think we are now up to four or five dozen people who have tested positively inside the State Department, that includes our locally employed staff, the full State Department team,” Pompeo said, without adding further details about the individual.

The Pentagon confirmed Monday that a U.S. service member who tested positive for coronavirus had died. The New Jersey Army National Guardsman was hospitalized on March 21 and died a week later on Saturday from the virus.

“Today is a sad day for the Department of Defense as we have lost our first American service member – active, reserve or Guard – to coronavirus,” wrote Secretary of Defense Mark Esper in a statement. “This is a stinging loss for our military community, and our condolences go out to his family, friends, civilian co-workers and the entire National Guard community.”

U.S. Secretary of Defense Mark Esper speaks during the joint press conference with Chairman of Joint Chiefs of Staff General Joseph Dunford (not in the picture) on August 28, 2019 in Arlington, Virginia.

The death of the New Jersey Guardsman is the third loss within the Department of Defense. Earlier this month, a contractor who worked at the Defense Security Cooperation Agency died as well as a military dependent.

Since the coronavirus emerged, the Pentagon has reported a total of 1,259 cases.

Of the 1,259 cases, 673 are active-duty military, 247 are civilians, 212 dependents and 72 contractors. These figures, published Tuesday, include 51 recoveries and 4 deaths across the entire department.