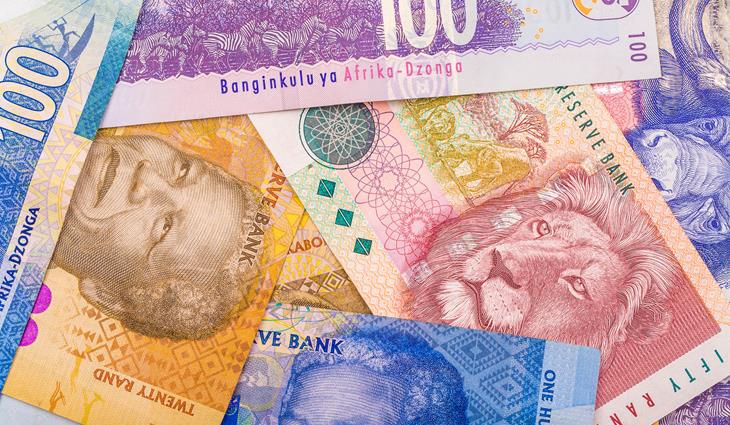 JOHANNESBURG (Reuters) – South Africa’s rand fell to a more than four year low, stocks sunk back to 2013 levels and bond yields spiked on Wednesday, as a wave of stimulus from governments around the world failed to quell panic about the coronavirus pandemic.

At 12:54 GMT, the rand <ZAR=D3 traded at 16.9800 per dollar, 2.41% weaker than its previous close, while stocks lost the majority of the gains clawed back since Monday, when the Johannesburg Stock Exchange (JSE) suffered its biggest ever daily fall.

Markets globally were stumbling again as cases of coronavirus continued to rise and countries took increasingly draconian measures to stem the increase, with a flight from riskier assets being felt across emerging markets.

“The rand is not alone in its losses … unfortunately the rand being as liquid as it is, it’s being caught up in the foray,” said Quinten Bertenshaw, director at ETM Trading.

“Anybody that’s looking to hedge out any EM (emerging market) risk at the moment will be doing it in the rand.”

The ongoing rout in South African markets means there is mounting pressure on the South African Reserve Bank ahead of a key interest rate decision on Thursday, when it is expected to cut rates in a bid to shore up an already ailing economy.

Numerous other central banks and governments around the world have stepped in to provide large-scale support measures to businesses and consumers hurt by the coronavirus fallout.

While Bertenshaw said a 100 basis point interest rate cut was a possibility, he added it would have to come alongside a “concerted fiscal effort” from the government, though it might not have the room in its budget to do what is required to keep the economy afloat.

South Africa tipped into recession in the final quarter of last year, and the pandemic is expected to make matters worse by hitting tourist arrivals and commodity exports to major trading partner China.

Both the JSE’s blue-chip top-40 index and the broader all-share index were down by around 7.5%. Many financial firms suffered, with the banking index down 12.17%.

Other firms that bore the brunt of the declines on the blue-chip index were Impala Platinum Holdings, down 36%, and petrochemicals company Sasol.

This article was first published on Reuters Africa https://af.reuters.com/article/investingNews/idAFKBN2152B6-OZABS and is republished with its permission.