SA GDP contracts for the first time in 2021 after four successive quarters of positive growth. Eight of the ten manufacturing divisions reported declines for the third quarter. The largest contributor to the decline was indeed the “motor vehicles, parts and accessories and other transport equipment” division which has been under pressure, not just in South Africa but globally too, as chip shortages continue to hamper the auto sector.

Taking a look at the daily USD/ZAR chart, the Rand has attempted to recover recent losses but a rampant dollar stands in its way. Despite trading below R16.00 to the dollar at times, the emergence of higher lows and elongated lower wicks suggests that the Rand still faces a stern challenge if it is to mount a recovery back towards R15.00. In addition, multiple travel restrictions on South Africa during the peak summer months puts further strain on the local economy which may weaken the already vulnerable currency. 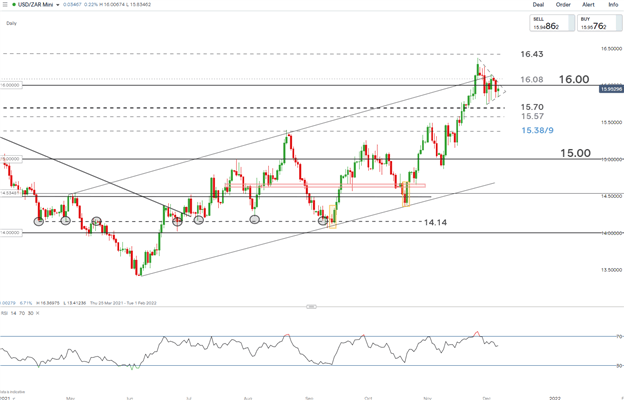 According to the Quarterly Labour Force Survey for Q3, unemployment has increased by 0.5% to come in at 34.9%. The increase in discouraged work-seekers and those who are no longer economically active, for reasons other than discouragement, resulted in a net-increase of the non-economically active population of 988,000. 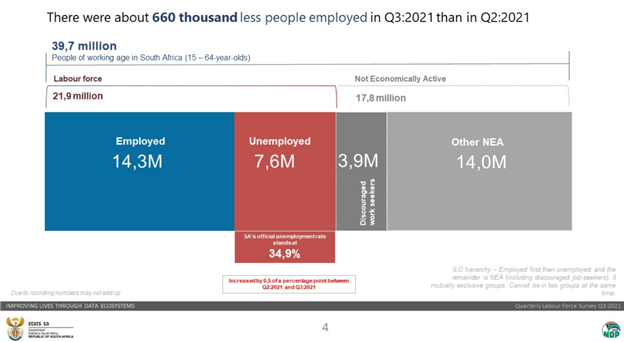