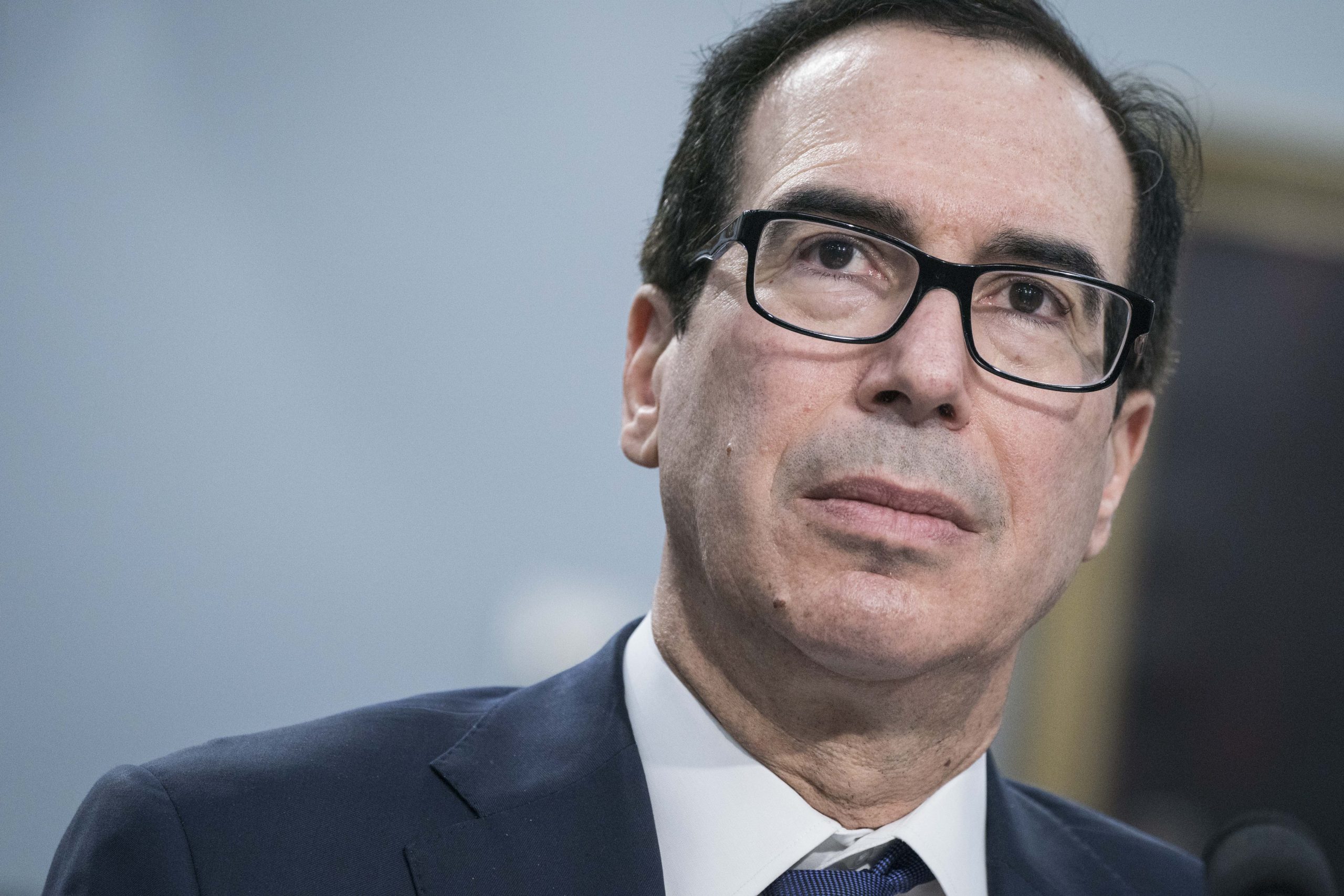 The fund, which was established as part of a more than $2 trillion stimulus bill President Donald Trump signed into law last week, became a point of contention for Democrats who worried that earlier versions of the bill gave Mnuchin too much discretion over how the funds are dispersed. After tense negotiations, Republicans and Mnuchin agreed to add an inspector general to oversee that fund, as well as a congressional committee.

But Trump on Friday questioned the authority of the inspector general. According to a signing statement he released alongside the bill, he declared his belief that the inspector general needs his permission before letting Congress know whether Mnuchin or Treasury block efforts to glean information.

“Given the substantial amount of taxpayer funds provided to address the economic impact of the coronavirus, and the considerable discretion you asked for, Congress took special care in creating the SIGPR,” they wrote, referring to the abbreviation for the role’s official title, Special Inspector General for Pandemic Recovery.

“Congress instructed the SIGPR to report to Congress ‘without delay’ whenever information or assistance is unreasonably refused or not provided by any department, agency, or other entity of the Federal Government,” they said.

“You, on behalf of the Administration, negotiated and agreed to the scope and terms of the SIGPR authority, both generally to Congress and to each of us personally,” they wrote, saying the SIGPR’s oversight authority was “critical” for their support.

“As such, the SIGPR’s unfettered operation is not only a legal necessity, but also a condition you personally agreed to — SIGPR’s structure is your structure, and it imperative that you defend it.”

Democrats have been wary of repeating the mistakes of the bank bailout after the financial crisis, in which they were criticized for allowing bank executives to reward themselves with bonuses after receiving federal money. They touted the inclusion of oversight in the stimulus bill as a victory.

When Trump released his signing statement, Democrats highlighted other oversight mechanisms they said they pushed for in the stimulus bill, including a congressional oversight committee and a board of inspectors general to oversee the entire $2 trillion deal.

Democrats on Monday applauded the announcement of the chair of that board, the Defense Department’s Glenn Fine.

Some activists on Tuesday warned that without all oversight departments working properly, there is too much potential for corruption in a financial package equal to roughly one-tenth of U.S. GDP.  Administration officials have previously said the $500 billion itself could be leveraged into more than $4 trillion in lending power.

“Under the best of circumstances, it’s going to be a challenge to ensure that ordinary people, and not only Wall Street and corporate America, benefit from this package,” said Carter Dougherty, a communications director at advocacy group Americans for Financial Reform.

“So you want every single aspect of the oversight built into the law to work, and work well.”