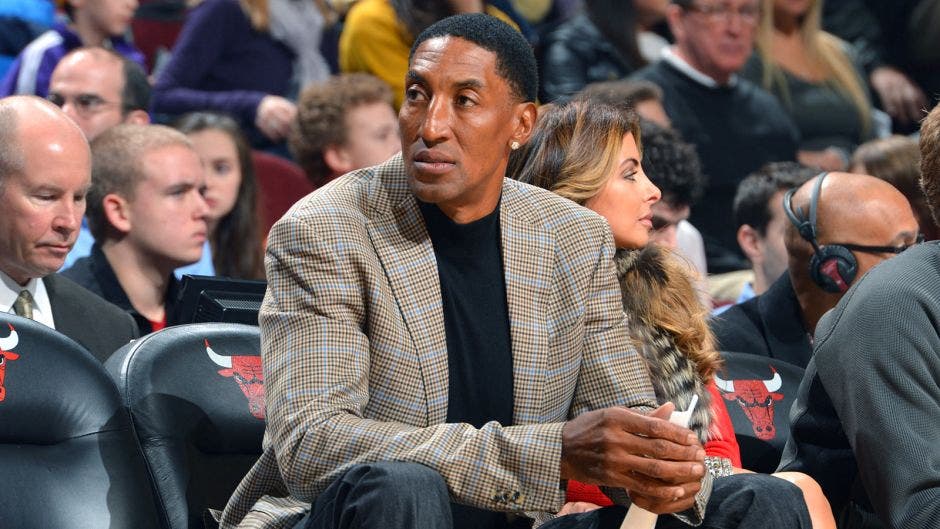 The Basketball Hall of Famer announced the news on an Instagram post on Monday. Pippen talked about their love for the game of basketball, as well as his son’s battle with chronic asthma.

“I’m heartbroken to share that yesterday, I said goodbye to my firstborn son Antron,” Pippen wrote. “The two of us shared a love for basketball and we had countless conversations about the game. Antron suffered from chronic asthma and if he hadn’t had it, I truly believe he would’ve made it to the NBA. He never let that get him down, though – Antron stayed positive and worked hard, and I am so proud of the man that he became.

“Please keep his mom, Karen, and all of his family and friends in your thoughts and prayers,” Pippen continued. “A kind heart and beautiful soul gone way too soon. I love you, son, rest easy until we meet again.”

Antron was Pippen’s eldest son and the only child he had with Karen McCollum.

Pippen was a six-time NBA champion alongside Michael Jordan and the Bulls.

In Episode 2 of “The Last Dance” documentary, Jordan said, “Whenever they speak Michael Jordan, they should speak Scottie Pippen. When everybody says, ‘Well, I won all these championships,’ but I didn’t win without Scottie Pippen. That’s why I consider him my best teammate of all time.”

Pippen was also a seven-time All-Star, three-time All-NBA first-team selection, and eight-time All-Defensive first-team honoree. He was inducted into the Basketball Hall of Fame in 2010.