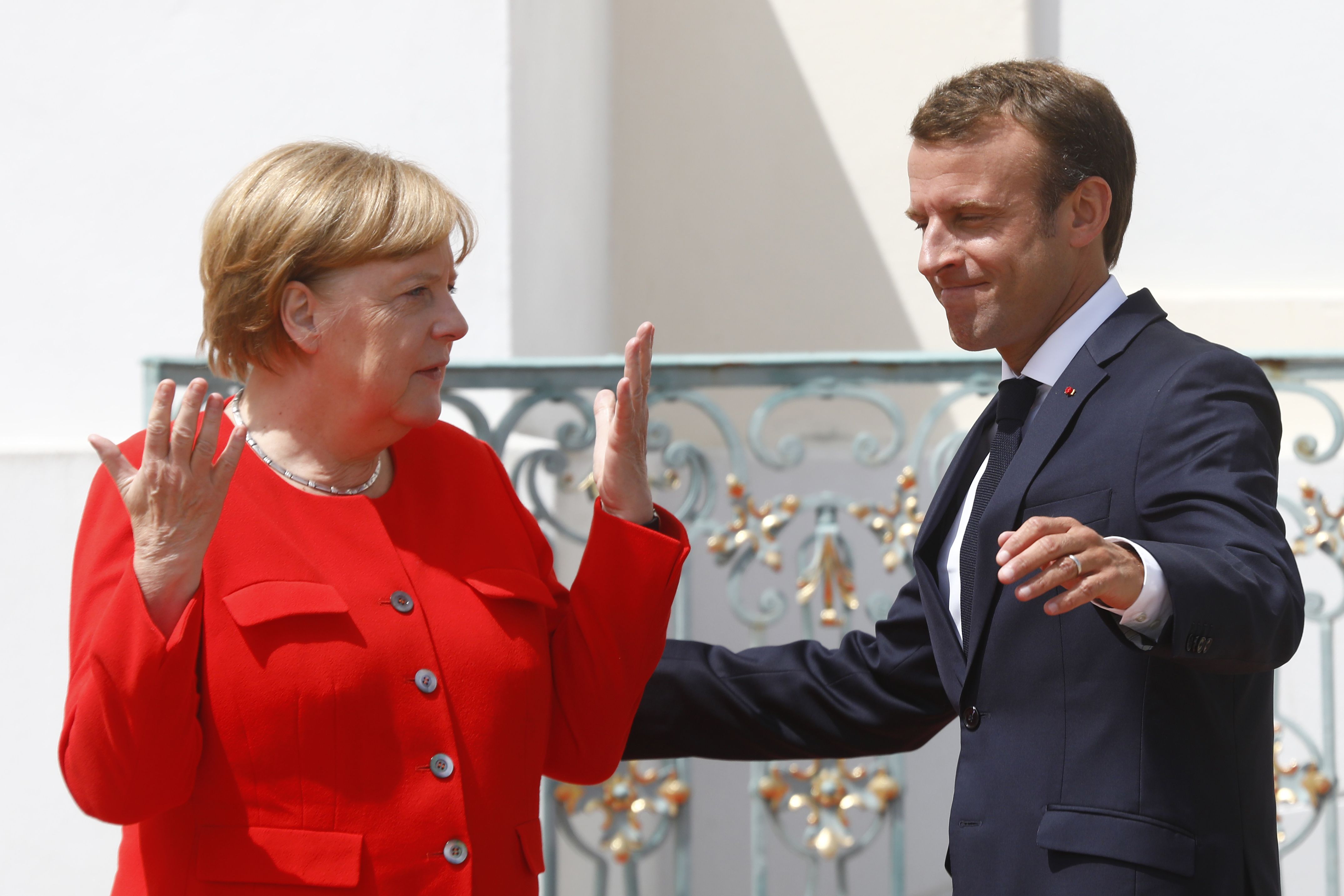 The best Europe in history is facing some of its greatest challenges ever. They will test the sustainability, effectiveness and relevance of the European Union and its related institutions that helped end centuries of conflict.

Despite all the focus on this week’s European parliamentary elections – the most closely watched and most widely reported in their four-decade run – this vote shouldn’t distract anyone from the more existential questions facing Europe.

The good news is that European leaders and citizens can address all three, and European parliamentary elections might even help more than they hurt by creating a more democratically dynamic and truly European body that is closer to its constituents.

The bad news is that most European leaders and citizens continue to live in denial, insufficiently aware of the fragility of their historic accomplishments and inadequately motivated to make the decisions that could build on the past 74 years of European peace and progress.

Even worse, few in the Trump administration – least of all President Donald Trump himself – are willing to say loudly and publicly that today’s Europe is one of the greatest foreign policy accomplishments in American history, achieved at a considerable cost of blood and treasure through two world wars and a Cold War that followed.

Fast-forward to today. The stakes have rarely been greater for U.S.-European relations as we enter a new and intensifying period of major power competition, pitting democracies and open societies against autocratic rivals.

We confront a historic inflection point as significant as 1919, 1945 and 1989, and just as then Europe is at the center of a global contest and the United States remains a crucial actor in how that unfolds. Whatever challenges the West faces in the 21st century – ideological, economic, technological and geopolitical – all are playing out again in full force on the European continent.

As the financier George Soros has argued, “Europe is sleepwalking into oblivion, and the people of Europe need to wake up before it is too late. If they don’t, the European Union will go the way of the Soviet Union in 1991. Neither our leaders nor ordinary citizens seem to understand we are experiencing a revolutionary moment, that the range of possibilities is very broad, and that the eventual outcome is thus highly uncertain.”

Share that warning with most Eurocrats in Brussels or officials in European capitals, and they’ll roll their eyes. They’ll remind you that critics – and particularly Americans – have been underestimating the European Union since its beginning and should drop outdated, apocalyptic thinking about their future.

I share the view that this European project, at age 74, is more robust and resilient than doomsayers recognize. Indeed, even as many worry that Eurosceptic and nationalist parties will surge in this weekend’s elections, far-right populist parties, except in the UK, have shifted away from seeking a way out of the European Union to wanting to change it from within.

This vote is perhaps the most truly European in the European Union’s history, with ideological battle lines being drawn across national borders. The result is likely to be a more factionalized European parliament with more pronounced disputes. However, it at the same time will be a more democratically dynamic, political and pan-European parliament, one that more closely reflects the preferences of national electorates and thus might increase confidence in the EU.

That, however, will only happen if they and national political leaders address the three broad issues listed above.

It’s no wonder that populists are gaining ground against established parties that haven’t delivered results. If the eurozone’s GDP over the past decade were a stock, you wouldn’t want to own it. Eurozone economic output in 2017 was lower than it was in 2009, according to World Bank figures. Looking at the considerable political risks ahead, the Atlantic Council’s Ben Haddad judges that stock as “high risk, low returnn risks ahead

By comparison, Chinese GDP over that same period grew by 139%, India’s GDP by 96% and the United States’ by 34%. The European Commission has cut the 2019 eurozone growth forecast to 1.2% from an already unimpressive 1.9% — with concerns over Germany’s economic strength abound.

“And there are strong signals that worse is to come,” says Ana Palacio, former Spanish foreign minister. “Debt levels are rising fast and the European Central Bank has re-launched stimulus measures to stave off recession.”

Unlike the financial crisis of a decade ago, where the pain was concentrated in southern Europe, this one will hit the eurozone generally and, most dangerously, Germany. “The European Union barely survived the first crisis,” says Palacio. “A recession that hits the EU core would amount to a serious, even existential threat.”

The EU has failed to adjust to the new world of major power competition, and it thus is at risk of being a less relevant global actor – an object of international relations rather than a subject.

“The EU finds itself in a world dominated by great power rivalries, Chinese assertiveness and revisionist Russian belligerence,” says former Swedish Prime Minister Carl Bildt. “Worse, in confronting these threats, it can no longer count on the United States as an unconditional friend or ally.”

Says Bildt, one of Europe’s leading strategic thinkers: “The EU now must choose between securing its own place on the global stage and becoming a playground for other powers. This is a strategic decision of the first order – all other policy choices will follow from it.”

With German Chancellor Angela Merkel fading from the field, with French President Emmanuel Macron’s European visions swamped in a sea of yellow vests, and given the current candidates for top European jobs, it’s hard to know where the leaders will emerge who will reform, revive and reorient Europe for the challenges ahead.

The continent that gave the world the Thirty Years War, a dozen years of Napoleonic wars, and then two world wars, doesn’t look poised to self-destruct again on that scale.

Yet the heady hopes of the last seven decades are also fading. Europe, with critical U.S. help, secured peace between France and Germany and advanced its institutions and agenda, holding strong against the Soviet Union through the Cold War. After the Soviet Union collapsed, it brought in 11 formerly Communist countries as new democracies.

The post-Cold War years were ones of self-confidence that had many believing, says Bildt, that the EU model “would lead to more stable governance for the entire world.”

For now, however, the emphasis must be on saving the best Europe history has known. After all, history has also taught us how costly it is to remake Europe once it is torn asunder.

Frederick Kempe is a best-selling author, prize-winning journalist and president & CEO of the Atlantic Council, one of the United States’ most influential think tanks on global affairs. He worked at The Wall Street Journal for more than 25 years as a foreign correspondent, assistant managing editor and as the longest-serving editor of the paper’s European edition. His latest book – “Berlin 1961: Kennedy, Khrushchev, and the Most Dangerous Place on Earth” – was a New York Times best-seller and has been published in more than a dozen languages. Follow him on Twitter and subscribe here to Inflection Points, his look each Saturday at the past week’s top stories and trends.