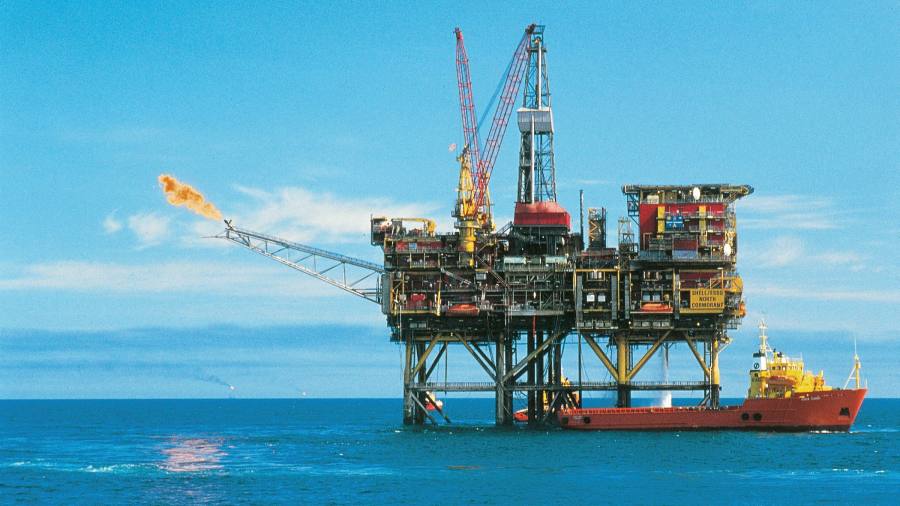 Located in stormy waters 315 miles north-east of Aberdeen, there aren’t many places as extreme for workers to be kept in self-isolation than the North Cormorant oil platform in the North Sea.

However, earlier this month Abu Dhabi energy company Taqa was forced to keep more than a dozen staff who presented with coronavirus symptoms separate from the rest of its crews at the 40-year-old facility and at another in the region, the Cormorant Alpha.

Oil and gas groups including Royal Dutch Shell, BP and Chrysaor have also reported suspected Covid-19 cases among their offshore workforces, presenting big logistical hurdles for an industry that relies on staff working and living in close quarters on remote installations where space is at a premium.

The virus has already caused havoc in the oil market as demand for crude collapsed. This disruption has been compounded by a flood of supplies hitting the price of oil hard, with producers forced to slash billions of dollars of spending and in many cases freeze share buybacks.

Energy companies are now also having to figure out how best to protect their workers, many of whom cannot work from home and are considered “key workers”, critical to ensuring the security of supply.

“Staffing will really be an issue,” said one industry executive. “The reality is that people working on these sites will get it. You can’t have the entire world in lockdown but keep these projects running just as they have been.”

Last Tuesday Taqa flew some of the workers on its North Sea platforms who had mild symptoms back to shore using a specially adapted helicopter — dubbed the “corona copter” — that a number of oil and gas companies including Norway’s Equinor, Shell and France’s Total have commissioned for dealing with suspected cases of Covid-19.

Offshore operators have been urgently assessing safe minimum staffing levels on platforms and postponing planned activities that are not critical, so workers are not deployed unnecessarily or projects started but then suspended.

Under normal circumstances 11,500 people would, on average, be working offshore on North Sea projects at any one time but this is now down to about 7,000, according to OGUK, a trade body for the region. It said this was due to what the industry calls “down-manning”, or cutting back to essential staff, rather than job losses although unions fear widespread cuts due to the conditions in the market.

Phil Kirk, chief executive of Chrysaor, one of the UK North Sea’s largest producers, said: “We are coming into what would normally be a period of high maintenance across the industry and people are looking at what work they have planned, what is the risk associated with mobilising people or equipment and key people or key pieces of equipment not being available.

“I think for the minute, everybody is looking at that and stability. Stability of production is the most important thing for the country.”

Ineos, the petrochemicals and energy company controlled by billionaire Sir Jim Ratcliffe, said earlier this week it would delay a planned shutdown of the Forties Pipeline System — which carries oil and gas from more than 80 fields in the North Sea — for maintenance from June to August at the earliest to avoid bringing large numbers of people together.

Oil and gas workers are now subject to temperature checks before they board helicopters to go offshore while companies are making sure there are sufficient facilities for people who show symptoms of the virus to self-isolate on platforms.

Shell said a worker who had shown symptoms was placed into quarantine on its Brent Charlie platform in the North Sea before being flown off. BP has also removed someone from its Clair Ridge installation west of the Shetland islands.

The Financial Times is making key coronavirus coverage free to read to help everyone stay informed. Find the latest here.

While rig crew have been designated “key workers” to allow their children to attend schools or nurseries following national closure, OGUK has called for roles such as offshore installation managers — who are in charge of oil and gas platforms — and control room operators to be classified as critical, meaning those staff are eligible to be tested for coronavirus and could avoid self-isolating unnecessarily.

As the UK deploys police officers to train stations to enforce a ban on anything but essential travel, OGUK said there were also concerns within the industry about how to mobilise a workforce that is dispersed all over the UK.

Companies are looking at providing special buses to transport staff while it is hoped a pass carried by oil and gas workers will be sufficient to grant them freedom of movement, said Trevor Stapleton, director for health and safety at OGUK.

“They [the government] really need to focus on the offshore industry being a part of the critical infrastructure in order for us to maintain operation and security of supply,” said Mr Stapleton. “We need to get up the list of priorities in terms of testing. We are not saying we usurp testing of doctors and nurses and things like that but we should be seen to be critical,” he added.