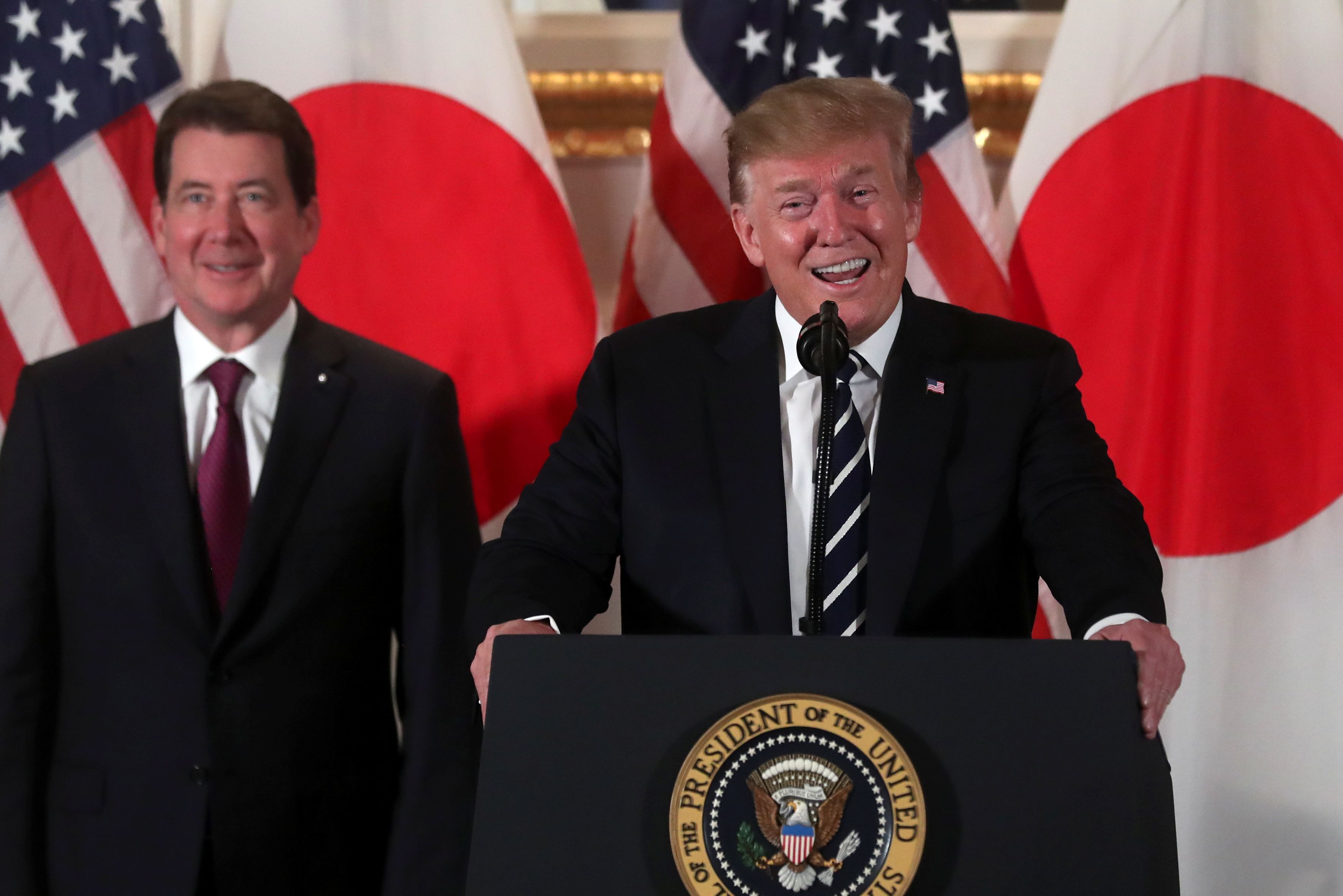 President Donald Trump, on the first day of his state visit to Japan, dug at Tokyo for what he called a “substantial advantage” in trade and asked Japanese businesses to invest more in the United States.

“Japan has had a substantial advantage for many, many years, but that’s okay, maybe that’s why you like us so much,” Trump said during a meeting with Japanese business leaders in Tokyo.

The president said Tokyo and Washington were “getting close” to a deal that would address the U.S. trade deficit. The U.S. had a deficit of $56.8 billion in goods and services with Japan in 2018, according to the U.S. Trade Representative.

“With this deal we hope to address the trade imbalance, remove the barriers to United States exports and ensure fairness and reciprocity in our relationship,” Trump said.

Earlier this month, Trump postponed a decision on car levies for up to six months and directed U.S. Trade Representative Robert Lighthizer to seek trade agreements with Tokyo and Brussels.

But in his decision to postpone tariffs, the president made clear that he views car imports as a potential threat to U.S. national security. That provoked a strongly worded statement from Toyota.

The Japanese carmarker said Trump’s view of car imports “sends a message to Toyota that our investments are not welcomed, and the contributions from each of our employees across America are not valued.”

“If you join in seizing the incredible opportunities now before us in terms of investing to the United States, I think you’re going to see tremendous return on your investments,” he said.

Japan’s economy minister, Toshimitsu Motegi, said he did not expect even a partial agreement on trade when Trump and Prime Minister Shinzo Abe hold their summit on Monday, according to Reuters.

Motegi met with Lighthizer and told reporters that the U.S. and Japan sill need to narrow their differences on trade. He said they did not discuss Trump’s decision to label some auto imports a national security threat.