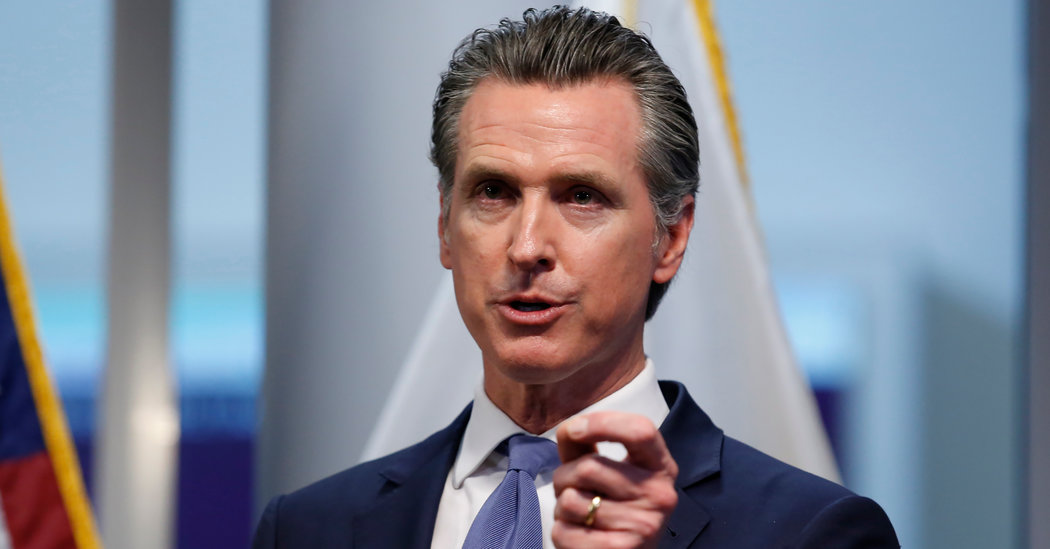 Pacific Gas & Electric reached an agreement Friday with Gov. Gavin Newsom of California in which it pledged billions of dollars to help wildfire victims, improve safety and make other changes, resolving the biggest obstacles to the company’s plan to come out of bankruptcy.

As part of the deal, PG&E, which filed for bankruptcy protection last year after amassing tens of billions of dollars in debt related to wildfires caused by its equipment, will not pay dividends to shareholders for three years. The agreement should allow the utility to exit bankruptcy by June 30, a state-mandated deadline for it to take part in a fund that will help utilities pay claims from future wildfires.

A federal judge still needs to approve the company’s bankruptcy plan, but the agreement with Mr. Newsom makes the approval much more likely.

The agreement comes as Mr. Newsom continues to manage the escalating coronavirus outbreak that led him on Thursday to order Californians to stay at home. Though the crisis has consumed much of the governor’s time, his office said the timing of the agreement was dictated by the need to meet the June 30 deadline, ahead of the next wildfire season.

“This is the end of business as usual for PG&E,” Mr. Newsom said in a statement. “Through California’s unprecedented intervention in the bankruptcy, we secured a totally transformed board and leadership structure for the company, real accountability tools to ensure safety and reliability and billions more in contributions from shareholders to ensure safety upgrades are achieved.”

Mr. Newsom’s office said PG&E must receive approval of its plan by state regulators and the bankruptcy judge by June 30 and have its financing in place by Sept. 30. Failure to do so will set off the sale of the company.

In addition, the agreement requires half of the company’s new board to include California residents. An independent executive recruiting firm would select the new directors with Mr. Newsom’s approval.

Even with the added provisions secured by the governor, half of the company’s $13.5 billion payment to wildfire victims will be in the form of PG&E stock under a previously reached agreement. Some victims have grown increasingly wary of that deal because PG&E’s stock, like the S&P 500 index, has tumbled in recent weeks. PG&E shares closed at $7.22 on Friday, down from nearly $18 in mid-February.

Mr. Newsom’s office said it would not intervene in the agreement victims reached with the utility.

Suspending PG&E’s dividend for three years will save about $4 billion, according to calculations by the governor’s office, strengthening PG&E’s balance sheet.

But in other areas, Mr. Newsom gained more modest concessions. Under the agreement, PG&E Corporation, the holding company that owns the utility, will still issue new debt, something that could put it at financial risk. The interest on that debt would have to be paid with profits from the Pacific Gas & Electric Company, the entity that provides customers with gas and power. PG&E and its shareholders had originally wanted the holding company to issue $7 billion in debt, but the agreement with the governor calls for $4.75 billion.

PG&E is also going ahead with a financing arrangement that involves using a tax windfall from its wildfire-related losses to back its new debt.

In a letter in December, Mr. Newsom criticized PG&E’s intention to issue debt at the holding company and use its tax breaks, saying such steps would leave the company “with limited tools to finance itself when it needs to access capital to make billions of dollars of safety investments.”

PG&E is still set to emerge from bankruptcy with far more debt than it had before it sought bankruptcy protection.

“Our plan will position the company to make necessary safety and wildfire mitigation investments in the coming years, partner with the state in achieving its bold climate goals, and, importantly, provide protection to California if the Chapter 11 process is not concluded in a timely manner,” Bill Johnson, chief executive of PG&E Corporation, said in a statement.