PGA Tour cancels The Players Championship amid concern over coronavirus 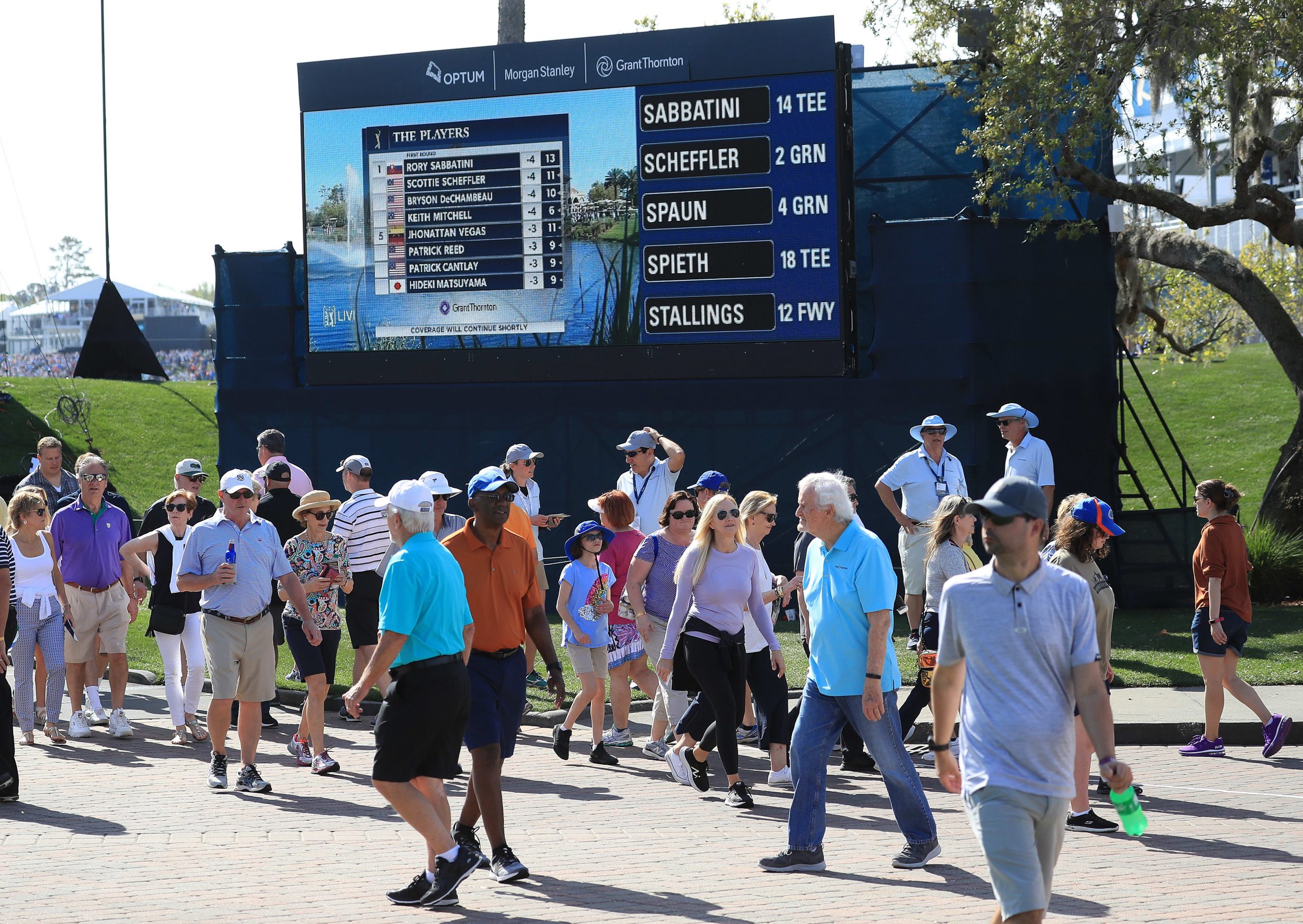 Fans make their way around the course during the first round of The PLAYERS Championship on The Stadium Course at TPC Sawgrass on March 12, 2020 in Ponte Vedra Beach, Florida.

The PGA Tour late Thursday canceled The Players Championship and all other events through the Valero Texas Open that ends on April 5.

“It is with regret that we are announcing the cancellation of The Players Championship,” the PGA Tour said in a statement. “We have also decided to cancel all PGA Tour events – across all of our Tours – in the coming weeks, through the Valero Texas Open.”

Earlier Thursday, PGA Tour Commissioner Jay Monahan said that The Players Championship in Ponte Vedra, Florida and all tournaments in the near future will go on as planned, but without spectators due to the spread of the coronavirus.” The commissioner said he spoke with President Donald Trump and Florida Governor Ron DeSantis earlier Thursday and is in constant communication with local health officials.

In their most recent statement, organizers said that canceling the tournament was the right thing to do.

“We have pledged from the start to be responsible, thoughtful and transparent with our decision process. We did everything possible to create a safe environment for our players in order to continue the event throughout the weekend, and we were endeavoring to give our fans a much-needed respite from the current climate. But at this point – and as the situation continues to rapidly change – the right thing to do for our players and our fans is to pause.

The latest policy continues through the Valero Texas Open in San Antonio, Texas that ends on April 5. The Tour also announced the Corales Puntacana Resort & Club Championship will be postponed as a result of travel advisories issued. It was originally schedule for March 26 through 29 in the Dominican Republic.

“This is a difficult situation, one with consequences that impact our players, fans and the communities in which we play,” Monahan said.

The commissioner appeared on CNBC’s Squawk Box earlier this week and said that the PGA Tour was relying on its team of experts, including the CDC and WHO, to make a decision on future tournaments.

“We have leaders within our company that are pouring ourselves into this. Given the fact that we are playing all over the world and it’s an Olympic year. You have to rely on what’s happening on the ground in that marketplace,” he said.

Florida has 29 confirmed cases of COVID-19, and two people in the state have died from the virus.

The PGA Tour is the latest professional sports organization to announce a change due to coronavirus.

The NCAA announced Wednesday that games will be played without fans in stadiums. Only team staff and family members will be allowed to attend.

Thursday’s announcement comes the same week the Tour announced a nine-year media deal worth an estimated $700 million per year.

Correction: This story has been updated to reflect the correct name of The Players Championship.