Pelosi says US must move to vote by mail, taking aim at Trump 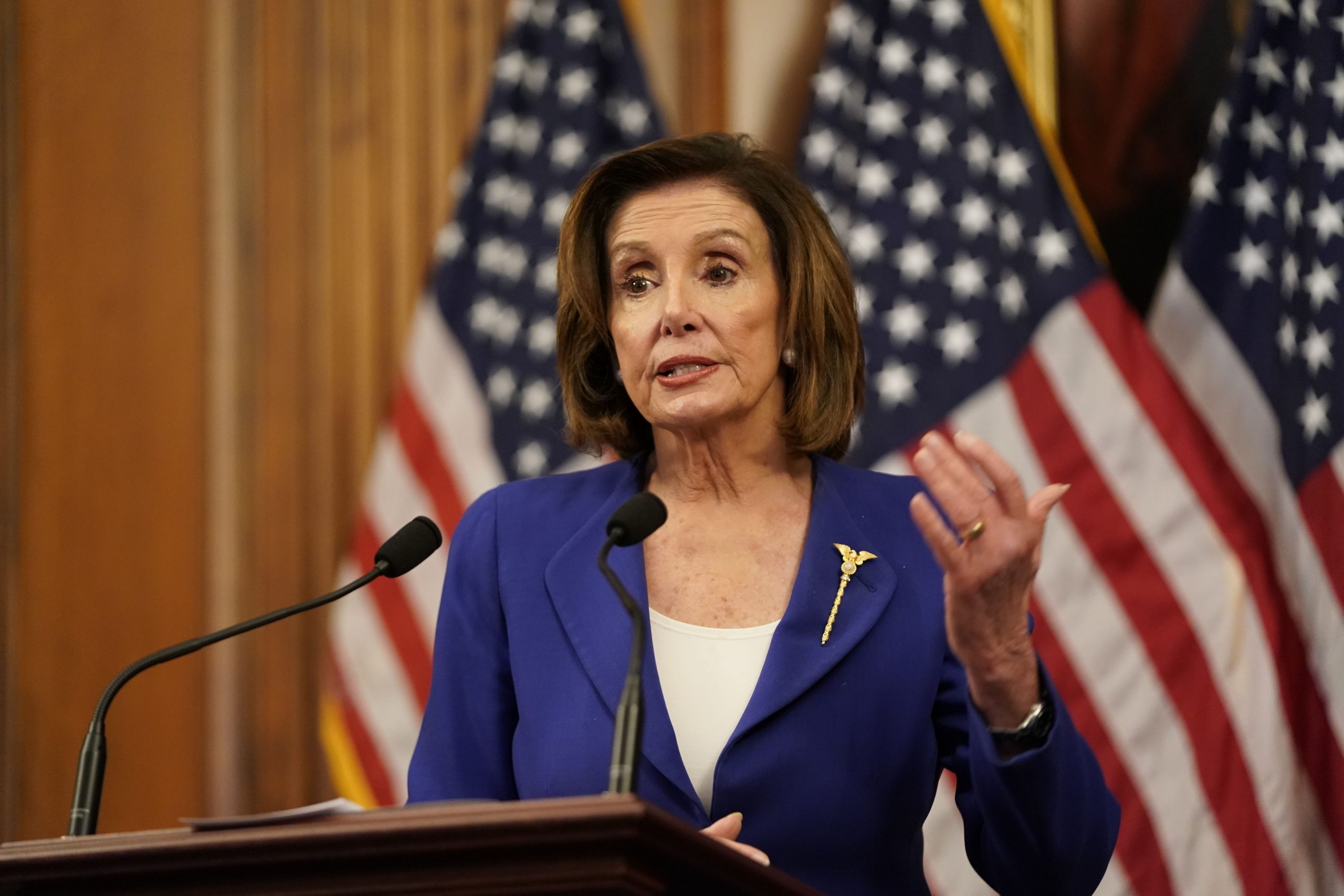 House Speaker Nancy Pelosi said on Tuesday that America needs to move toward a “vote by mail” system to give citizens a safe way to elect their lawmakers while the deadly coronavirus makes it dangerous to congregate.

“In terms of the elections, I think we’ll probably be moving to vote by mail,” Pelosi said in an interview on MSNBC. “That’s why we wanted to have more resources in this third bill that just was signed by the president, to get those resources to the states to facilitate the reality of life: that we are going to have to have more vote by mail.”

Her position is in direct conflict with that of President Donald Trump who on Monday warned that voting by mail would hurt the Republican party.

Last Friday, Trump signed the third installment of the coronavirus relief package, a $2 trillion economic stimulus bill to help prop up the economy. The 880-page legislation offers relief to individuals, businesses and health facilities. It includes direct payments to individuals, stronger unemployment insurance, loans and grants to businesses and more resources for hospitals, states and municipalities.

While $400 million in election assistance for states was included in the package, it was far less than Democrats’ original request. Pelosi is now angling to revisit election reform in a “phase 4” package that Congress is beginning to address.

Pelosi suggested that a vote-by-mail system would not damage “the integrity of the election system.”

Already, more than a dozen states and U.S. territories have either postponed their primaries or moved to a vote-by-mail system amid the pandemic.

But Trump in a television interview on Monday dismissed efforts to push for a vote-by-mail system and other reforms to make voting easier amid the pandemic. He said these types of reforms would damage the Republican party.

“The things they had in there were crazy. They had things, levels of voting that if you’d ever agreed to it, you’d never have a Republican elected in this country again,” Trump said on Fox. “They had things in there about election days and what you do and all sorts of clawbacks. They had things that were just totally crazy and had nothing to do with workers that lost their jobs and companies that we have to save.”

But dozens of states already have in place more accessible voting methods, Business Insider reported, with 38 states allowing early voting, 35 allowing absentee ballots, and five relying on a mail-in system to conduct their elections. Republicans are elected to every level of government in those states, including those that primarily vote by mail.

Pelosi directly addressed Trump’s remarks on MSNBC Tuesday. “How anyone can oppose our enabling the states to have vote by mail raises so many other questions but let’s just be hopeful and have public opinion weigh in,” she said.

“I think that it’s necessary for our country to have a strong Republican party, and I feel sad that the president does not have confidence that his party [can] convince the American people about a path to go forward,” she said.

When asked if it would be useful to get back to having more direct conversations with the president, she said that he hears what “people say publicly, much more than what you might say in a call.”

“I watched a portion of low rated (very) Morning Psycho (Joe) this Morning in order to see what Nancy Pelosi had to say, & what moves she was planning to further hurt our Country,” Trump tweeted. “Actually, other than her usual complaining that I’m a terrible person, she wasn’t bad. Still praying!”

The coronavirus, which is believed to have originated in Wuhan, China, has spread to dozens of countries, with more than 800,000 confirmed cases worldwide and at least 38,714 deaths so far, according to data from Johns Hopkins University. There are at least 164,610 cases in the United States and at least 3,170 deaths, according to the latest tallies.