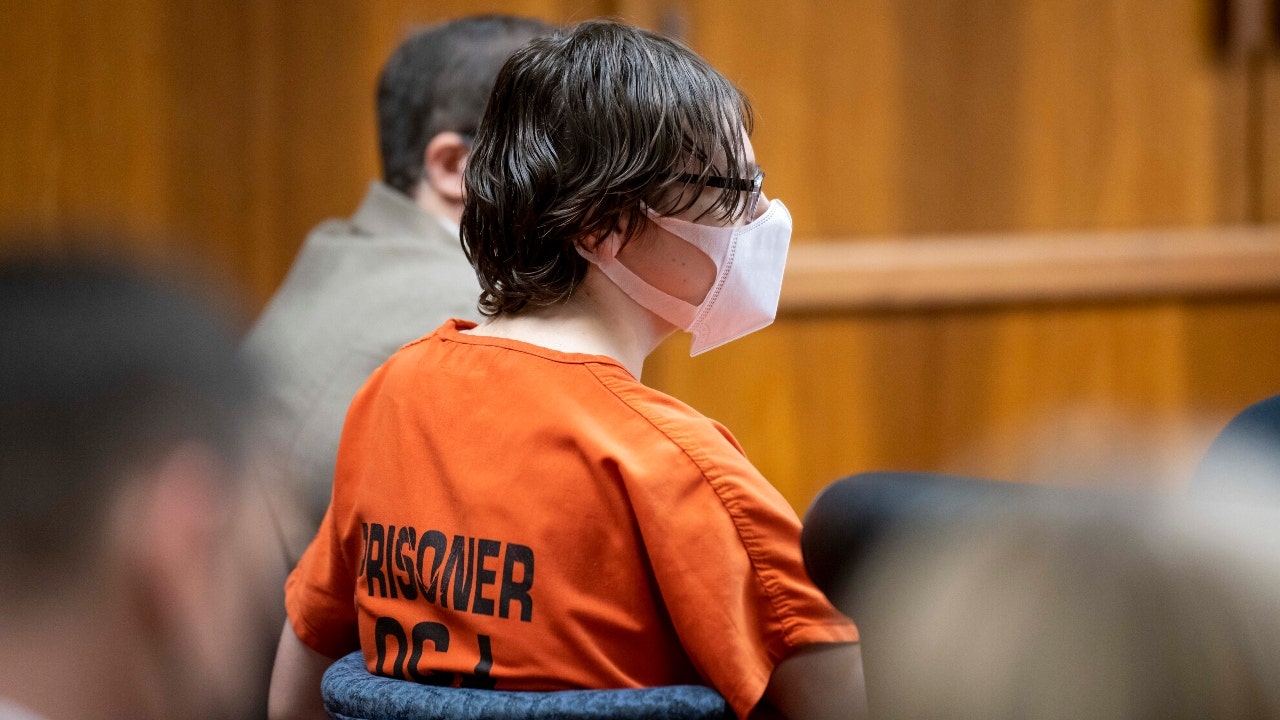 An attorney representing various families whose children were killed or injured in the Nov. 30, 2021, shooting at Oxford High School in Michigan argued Thursday that school staff ignored warning signs from the shooter for months.

Ethan Crumbley, who was 15 when he allegedly fatally shot four students and injured various others within the school that day, drew disturbing pictures, wrote assignment answers that concerned teachers and viewed images of bullets and a video of a shooting on his phone in the months and days leading up to the shooting.

“Today, he’s watching videos on his phone of a guy gunning down people. It looks like a movie scene and not security footage/a real event, but definitely concerning when taking into account some of his other behaviors,” one teacher wrote in an email to school counselor Shawn Hopkins, who is named in attorney Ven Johnson’s lawsuit against Oxford school staff.

Hopkins and Dean of Students Nicholas Ejak met with Crumbley and his parents, who are each facing four counts of involuntary manslaughter in the shooting, to discuss violent drawings he created just hours before the deadly rampage. The suspect was able to convince them during the meeting that the concerning drawings were for a “video game.”

Ethan Crumbley is charged with the fatal shooting of four fellow students and wounding seven others, including a teacher at Oxford High School Nov. 30.
(David Guralnick / POOL via The Detroit News via AP)

Crumbley “knew that he would be questioned, so he doctored the drawing and wrote, ‘Video game this is,’ ‘I love my life so much!!!!,’ ‘OHS rocks!,’ ‘We are all friends here,’ and ‘Harmless act,’” Johnson’s lawsuit alleges.

But even months leading up to the shooting, teachers flagged warning signs that went largely ignored by other school staff.

“What we now know is this. From, literally, the beginning of school, Ethan Crumbley was evidencing signs of being a highly troubled individual, to say the least,” Johnson said during a press conference  Thursday, citing various depositions from Oxford High School teachers and counselors.

James and Jennifer Crumbley met with their son and school leaders the morning of the shooting after a teacher caught Ethan Crumbley drawing disturbing images in class.
(Fox News )

In late August 2021, Crumbley drew an image of what appeared to be himself next to what Johnson argues may have been an image of a gun on an assignment his teacher handed out in class. The teacher testified that she hadn’t seen the drawing until months later, according to Johnson. That same teacher caught him watching violent videos on the day of the shooting and alerted school staff.

That same month, Crumbley said on another assignment that his favorite book was, “Resistance and Making Bombs for Hitler.”

In September 2021, Crumbley was the subject of an email from his Spanish teacher to Hopkins.

“Could you please touch base with Ethan Crumbley?” she wrote. “In his autobiography poem, he said that he feels terrible and that his family is a mistake. Unusual responses, for sure.”

Hopkins allegedly never spoke to Crumbley afterward, though the counselor apparently told the Spanish teacher he spoke with the 15-year-old, Johnson said Thursday.

Two months later, on Nov. 10, 2021 — 20 days before the shooting — the Spanish teacher again sent Hopkins an email saying Crumbley is “having a rough time right now.” Johnson alleges that Hopkins eventually pulled Crumbley out of his classroom and invited him to go to a counselor’s office to talk whenever he wanted, to which the 15-year-old responded, “OK.”

One of Crumbley’s teachers also took photos of his drawings from the morning of the shooting and took them to the high school’s front office to show staff.

Additionally, a classmate told the Oakland County Sheriff’s Department that, on or about Nov. 25, Crumbley told him, “If I ever tell you not to go to school sometime, don’t,” according to Johnson. The next day, Crumbley allegedly showed his classmate his gun and a target on his Instagram account.

Johnson argues that defendants in the civil case assumed other defendants were taking care of teachers’ concerns.

“Everybody assuming that everybody else is doing something, and no one’s doing anything,” the attorney said.

Buck Myre, the father of 16-year-old Tate Myre, who was killed in the shooting, condemned the school district for not taking “accountability” for its actions and decisions before and after Nov. 30, 2021. He also said it seems like there was no clear “process” for teachers to voice concerns to school staff.

“If you look at these emails that are sent by the teachers, there’s no consistency on who the emails are going to. So that tells me there’s not a process in place to attack something like this,” Myre said Thursday.  “It’s blatantly obvious that Oxford Community Schools is withholding information. They know that they dropped the ball. … Meanwhile, here we are buying memorial shirts for our murdered kid. What’s Oxford Community Schools doing? Nothing. … They’re hiding behind governmental immunity.”

Johnson has filed civil suits on behalf of various students and families victimized by the shooting, accusing Crumbley, parents James and Jennifer Crumbley and school staff of negligence. A judge recently ordered the release of materials, including surveillance footage from the shooting, in Johnson’s case.

Audrey Conklin is a digital reporter for FOX Business and Fox News. Email tips to audrey.conklin@fox.com or on Twitter at @audpants.