Opening Quote: No end in sight for oil price slump 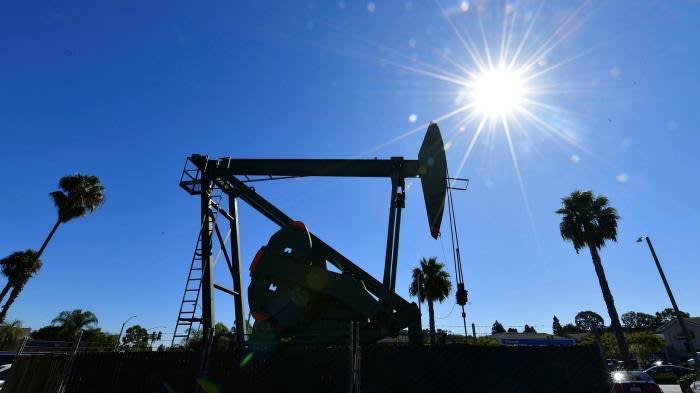 No sign of the oil price slump easing any time soon. US crude prices slipped below $20 a barrel — an 18 year low — soon after trading reopened on Sunday, with traders betting on production shutdowns to cope with the collapse in demand. Prices have edged higher on Monday morning, with West Texas Intermediate trading down 4 per cent at $20.65 and the international marker, Brent crude, 5.7 per cent lower at $23.51.

Oil producers already faced difficulty when the price of crude slipped below $30 at the start of the price war between Saudi Arabia and Russia. Since then they have axed capital spending plans, cut buybacks and trimmed dividend payouts in an effort to conserve cash. High cost production from US shale and Canadian tar sands will come under pressure, so too will those producers in the North Sea. But Russia’s oil producers could turn a profit even if prices fall to $15 a barrel.

EasyJet has grounded its entire fleet as of Monday. It has been operating rescue flights over recent days, the last of which flew on Sunday. The carrier said there was no certainty at this point when commercial flights might resume. EasyJet said it was in “ongoing discussions with liquidity providers” to support its balance sheet. The government has told airlines to exhaust other options first.

Meanwhile airlines are redeploying staff, asking thousands of grounded cabin crew to volunteer to support doctors and nurses at new temporary field hospitals being built across the UK – as suggested by the FT’s Izabella Kaminska a fortnight ago. NHS England said easyJet had now written to all 9,000 of its UK based staff, including 4,000 cabin crew trained in CPR, to ask for volunteers to staff the new hospitals like that at the Excel centre in the Docklands. Virgin Atlantic will write to its employees on Monday. Staff will carry on being paid by the airlines through the government’s job retention scheme.

FTSE 100 medical devices maker Smith & Nephew is the latest company to withdraw its guidance. The company’s revenues have been hit by the postponement of most elective procedures, first in China and now across Europe and the US. It says sales for its second quarter and first half margins will be “substantially down” on last year.

And finally after suspending the rail franchising system last week, there are details out on Monday on the new contracts under which operators such as Great Western Railway and Southeastern will manage routes.

Beyond the Square Mile

One of the world’s largest makers of ventilators, Drägerwerk, has warned that global demand for the machines that help severely ill coronavirus patients to breathe will outstrip supply, despite being on course to quadruple production this year. Some of the biggest names in industry such as General Motors, Airbus, McLaren and Dyson have joined the race to build hundreds of thousands of extra ventilators.

DE Shaw is raising $2bn in the first fundraising for its flagship vehicle in seven years, joining rivals Baupost Group and TCI Fund Management in a bid to capitalise on opportunities thrown up by the market turmoil. The New York-based quantitative group started approaching investors about raising $1bn for its $13bn Composite fund last month. A person familiar with the situation said the fundraising had now been increased to $2bn, because of investor demand.

Australia has temporarily tightened its rules on foreign takeovers on concerns that strategic assets could be sold off cheaply as a result of the coronavirus crisis. The move follows warnings from the country’s backbench MPs that distressed companies in the aviation, freight and health sectors could become vulnerable to buyouts by state-owned enterprises in authoritarian regimes including China.

Rana Foroohar Fifty years of US policy are coming home to roost. Decades of bad choices have relentlessly favoured the interests of the private sector. But labour and healthcare markets require public intervention and investment to function properly.

Andrew Hill In years to come, businesses will be asked what action they took during the coronavirus pandemic. Rather than crises bringing out the best in people, though, coronavirus tends to amplify pre-existing traits.

Thanks for reading. Feel free to forward this email to friends and colleagues, who can sign-up here.