Once Scrutinized, an Insurance Product Becomes a Crisis Lifeline 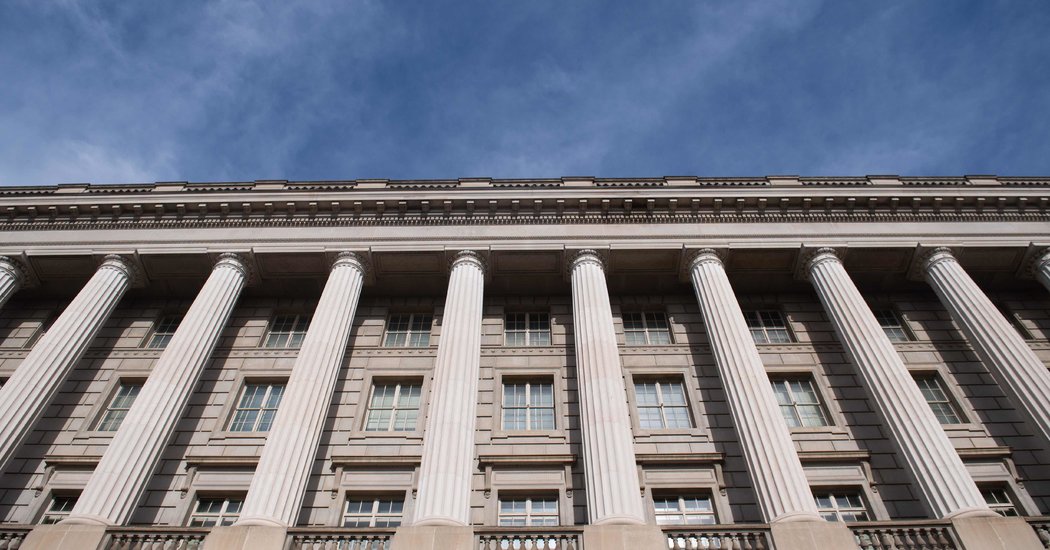 A type of private insurance that is used by wealthy business owners to cover unlikely risks and that has been challenged by the Internal Revenue Service is proving to be beneficial as the coronavirus pandemic shuts down local economies.

The structure, known as a small captive insurance, allows business owners to self-insure against unlikely but costly risks. Because captive insurance has also created incentives for tax avoidance, the I.R.S. has put it on its “dirty dozen” list of the most abusive tax practices since 2014.

The criticism against small captive insurance vehicles has been that wealthy individuals use them to write policies for ill-defined or ludicrous events, knowing they will never have to pay a claim. Two famous cases that the I.R.S. challenged involved a dentist who used a policy to insure his practice against a terrorist attack and a jeweler who created a policy to cover a dirty bomb attack.

Given how improbable those events are, the premiums can accumulate tax free for years. That policy can then become part of the business owner’s estate plan, and the value of the policy’s assets can be passed on to heirs at a greatly reduced tax rate.

But now some of the more common coverage options, like the risk that business will be interrupted or a supply chain disrupted, are claims that business owners need to make. In this economic crisis, captives may be showing their worth.

“You have these policies that are loosely drafted,” said David J. Slenn, a partner at the law firm Shumaker in Tampa, Fla., and a former chairman of the American Bar Association’s captive insurance committee. “They’re interpreted in favor of the insured. Even if they’re not the strongest policies from a tax perspective, they still have binding contracts to pay claims.”

But the process is not as easy as policyholders just writing themselves a check. There could be tax consequences, claim considerations and responsibilities to other owners if they are part of a pool of policyholders who share risk.

In the last week, lawyers who set up captives and those who defend policyholders from I.R.S. investigations said clients had been calling to ask about coverage. Mr. Slenn said many of these clients also had commercial insurance policies with coverage for business interruption. But he said those clients were finding out that commercial insurers specifically tie coverage to a property loss and limit payouts for pandemics.

“You can make an argument for infected duct work,” he said. “But commercial insurance companies have been around for previous viral outbreaks, and they may have exclusions for communicable diseases.”

A captive policy pays a claim based on how the business owner wrote it. A claim could be made if a civil authority ordered businesses to close or if the National Guard was ordered to barricade a town, as happened with New Rochelle, N.Y.

“Those things could trigger claims under our policy and probably will,” said Susan Euteneuer, general counsel at the Oxford Risk Management Group, which manages about 500 small captives and allows them to share the risk for claims made. “We also have supplier and supply chain coverage. One of the triggering events there is pandemics. We’re certainly seeing more claims.”

Business owners need to file a claim to the manager of a captive as they would to a commercial insurance company. They need to provide documentation to substantiate the claim, but the waiting time to be paid is fairly short.

A captive policy, for example, would cover a net loss claim after it was filed. This is a claim that compares revenue in this period with revenue during the same time last year and pays for the difference. But it must be an actual loss to the business, not a projected one.

A loss of business caused by a recession would not be considered a valid claim, Ms. Euteneuer said. That’s not an insurable event specific to a particular business.

A captive insurance policy, however, might cover the costs to find a different supplier or business partner, known as business mitigation risk.

“To the extent they’re incurring out-of-pocket expenses, we’ll pay those more quickly,” Ms. Euteneuer said. “It will cause their net loss to decrease, so we’ll provide coverage for mitigation expenses. Those are some of our best success stories.”

There are other ways a captive could help a struggling business now.

Business owners normally keep the captive policy at arm’s length to preserve its legitimacy and to maintain its tax benefits. (Collected premiums grow tax deferred.) But a captive could invest its assets in the business itself if the business owner needed the infusion to keep operating.

The captive policy could be used to buy stock in the business or make loans to the business, said Jay Adkisson, a lawyer who specializes in these vehicles. “That is ordinarily not a good practice because it might destroy any tax benefits of the captive,” he said, “but in that scenario, the business probably isn’t generating much in taxable profits anyway.”

“A well-financed captive can act as a hidden pool of ‘rainy-day money’ should the business need it,” Mr. Adkisson said. “A lot of these captives have been very well financed over the years. Those companies won’t have their backs as close to the walls as companies that don’t have them.”

With all of these strategies, a wealthy business owner needs to be aware of tax consequences. In taking a distribution, the business owner would have to pay capital gains taxes on the money. “There is no way to avoid paying taxes when you get out of the captive,” Mr. Adkisson said.

If the money came in the form of a claim for business interruption, Mr. Slenn said, the business owner would need to seek advice on what was taxable and what was not.

“Don’t assume that it’s not taxable,” he said. “If it’s restoring property, it’s not taxable. If it’s lost profits and business interruption, they’re going to tax you on the profits.”

If a financial crisis is pushing a company toward bankruptcy, lawyers said, it would be best to leave the captive alone, lest it be included in any bankruptcy settlement.

One thing that may change in this crisis is how the I.R.S. views captive insurance. It announced in January that it was stepping up its auditing of small captives and adding 12 teams of auditors to root out abuses. The announcement came after a settlement offer last year to wealthy individuals whose captives were under scrutiny.

That deal was meant to persuade them to come clean and pay their taxes and penalties. Eighty percent of the people who received the offers took them, the I.R.S. said in January.

But now, captives are showing the I.R.S. what they were intended to do, said several lawyers who have defended owners of these captive policies.

“A lot of captives underwrite low-frequency, high-severity risks,” said Kacie Dillon, a partner at the law firm Woolston & Tarter. “They don’t happen often, but when they do, they’re very large events. I can’t think of a time when businesses were told to close because of an outbreak of a virus. Those types of claims are low frequency, but the policy should have been underwritten with that in mind.”

She added: “It’s not great that we have the coronavirus, but it does show how captives can be a useful tool for business.”

With claims being filed around orders to close businesses, captive owners may have the last word against the I.R.S. — and get much-needed money to keep their businesses running.