OJ pips all other commodities as consumers seek vitamin boost 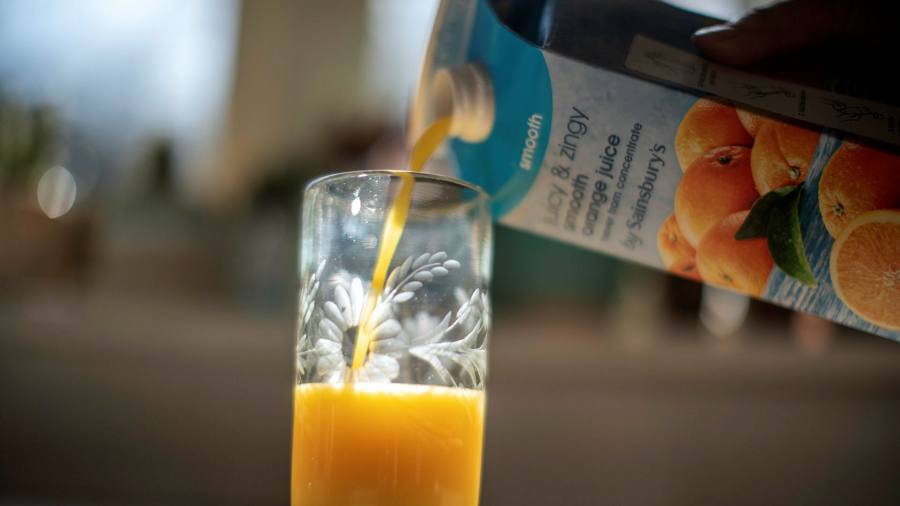 Consumers fearful of contracting coronavirus have been seeking to boost their immune systems the old-fashioned way: by loading up on orange juice.

Frozen concentrated orange juice, traded in New York, is the best performing of all commodities this year, according to Bloomberg data, rising 25 per cent to $1.214 a pound since the start of January. US shoppers have rushed to stock up on the shelf staple, analysts said, while fears over labour shortages in factories and transportation have also given prices a lift.

“There is plenty of orange juice around, but it’s a bit like toilet paper — there’s no shortage but people have been rushing to buy it,” said Neil Murray at IHS Markit’s Agribusiness Intelligence.

Jack Scoville at commodity brokers Price Futures Group in Chicago, said prices had been supported by worries over glitches in supply chains. “Traders are wondering if workers are around to man the plants in Florida and in Brazil. In addition, there are not enough tankers or containers around for shipping the product to buyers,” he said.

The jump in orange juice prices comes even as the market has been languishing amid a rise in production in Brazil, the largest producer and exporter, and Florida, said IHS. On the demand side, too, consumption has been waning over the past few years as shoppers switch to water and other drinks with lower sugar contents.

Arabica, the high-grade coffee bean, has also experienced a sharp upswing, up 24 per cent from a week ago to $1.277 a pound in New York. The commodity had sold off during the early stages of the viral outbreak, on concerns of falling demand in cafés and coffee chains, but analysts said the focus had now turned to securing supplies in the face of rising logistical risks.

“Everyone in the supply chain is trying to get their hands on stock,” said Carlos Mera, an analyst at Rabobank, noting strong demand from importers and roasters.

Retail demand has been solid, too. In the UK, for example, consumers have turned from cafés to retailers to fuel their caffeine addiction, buying coffee and beans from stores. In the week to March 14, retail sales were up 30 per cent compared with the same period last year and up 8 per cent over the previous week, according to Nielsen data.

Wholesale coffee buyers have been spooked by calls among port workers in Brazil, the largest producer and exporter of coffee beans, to close ports. While this has yet to materialise, companies and importers were stocking up in case the flow of coffee dries up, analysts said.

Prior to the current price volatility, there had been concerns about overall supplies of coffee beans, especially in Central America, following several years of low prices. The threat of low levels of coffee in storage among exporters and producers had been supporting spot prices of beans, despite weakness in the futures market.