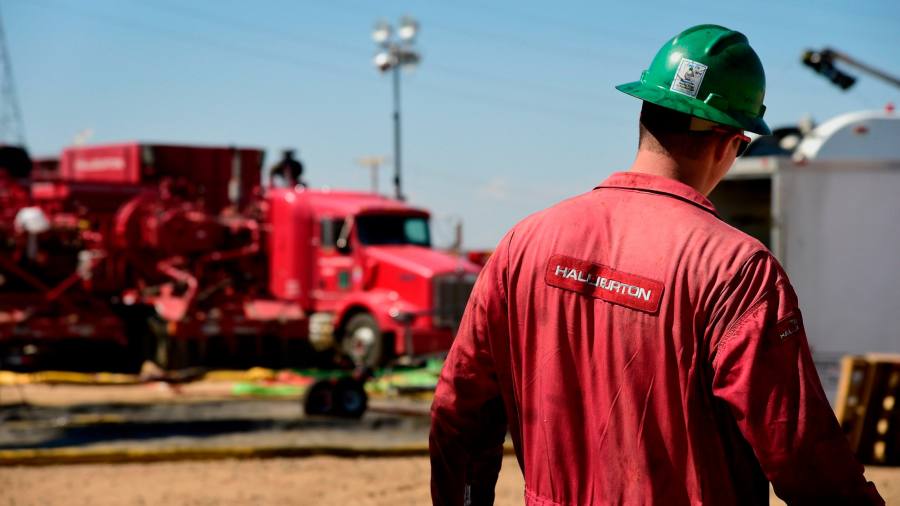 The “Big Three” international oilfield services groups last year registered their most profitable 12 months since the heyday of the US shale boom as high energy prices in the wake of Russia’s invasion of Ukraine spurred global drilling activity.

Halliburton, Baker Hughes and SLB reported aggregate net income of $4.4bn in 2022, the highest combined figure since 2014, as the war in Ukraine exacerbated fears over fuel shortages and triggered a rush to boost oil and gas production.

Olivier Le Peuch, chief executive of SLB — previously known as Schlumberger — described 2022 as a “pivotal” year for the energy industry, which he said had entered the “early phase of a structural upcycle”. “Durability is here to stay — and we are talking about years,” he said.

Oilfield services groups — which provide personnel and equipment to do the grunt work of the oil and gas industry, drilling wells and pumping oil — have been among the biggest beneficiaries of the market upheaval that followed the outbreak of war in Ukraine. The sector’s biggest players in recent days announced strong fourth-quarter results, with Halliburton reporting on Tuesday, capping off a banner 2022.

Surging energy prices over the past year have pushed up drilling and production activity and triggered a rush to secure the equipment and personnel provided by services groups. Tight supply has allowed them to raise prices. Meanwhile, intensive cost-cutting regimes implemented during the Covid-19 pandemic have bolstered margins.

Shares in energy companies jumped last year. That bumped the sector’s weighting in the S&P 500 back above 5 per cent, having collapsed to just over 1 per cent in 2020 when the pandemic hit. Oilfield services groups outperformed the wider energy sector. Their shares, as tracked by the OSX index, rose 59 per cent, outpacing growth in operators and marking their best performance since 2009.

SLB — the biggest player globally — racked up $3.4bn in profits in 2022, almost a third of which came in the final quarter. Halliburton also brought in the bulk of its $1.6bn in earnings in the latter part of the year. Baker Hughes was the worst performer, posting a full-year loss of $601mn after struggling with parts shortages, inflation and the wind-down of its Russian operations. But it ended the year on an upbeat note, with record quarterly orders of more than $8bn.

The companies painted a positive outlook for the year ahead, anticipating rising oil demand, tight supply and renewed focus on energy security will force an increase in hydrocarbon production globally.

“With years of under-investment now being amplified by recent geopolitical factors, global spare capacity for oil and gas has deteriorated and will likely require years of investment growth to meet forecasted future demand,” said Lorenzo Simonelli, Baker chief executive. “For this reason, we continue to believe that we are in the early stages of a multi-year upturn in global activity.”

The bright outlook comes even as previously rampant growth in the US shale patch stutters, with a new model of capital discipline among operators and declining yields casting doubt over future expansion. Instead, executives are looking to international markets — most notably in the Middle East — to drive growth.

“The oil and gas industry is entering a new phase in the upcycle marked by the inflection in the Middle East and the strengthening of offshore activity. Taken together, this signals the onset of a new growth pattern internationally,” Le Peuch said.