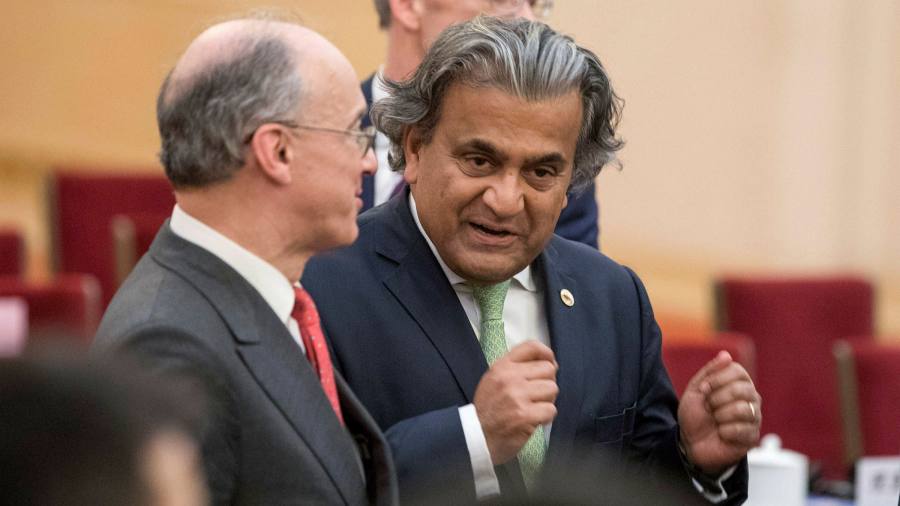 Refinery and fuel distribution company Varo Energy said it would sell no oil products by 2040 as it laid out plans to cut its emissions through investments in biofuels, hydrogen and electric vehicle charging.

Dev Sanyal, chief executive of the European company owned by Vitol and Carlyle Group, said it aimed to reduce the carbon intensity of the fuels it sells to net zero by 2040, a commitment that goes further than some of its larger competitors.

Sanyal, who spent three decades at BP before joining Varo last year, told the Financial Times the targets could be reached by repurposing Varo’s existing refinery, bunkering and distribution infrastructure to deliver low and zero-carbon fuels.

“We are planning on a company that will effectively not be selling oil in 2040 but will still be in the business of energy, just a different kind of energy,” he said.

Varo owns the Cressier refinery in Switzerland, the Bayernoil refinery in Germany and a network of more than 200 fuel distribution facilities and retail outlets across north-west Europe.

The privately held company, which last year generated $320mn in earnings before interest, tax, depreciation and amortisation, aims to invest $3.5bn in the next five years, with two-thirds of the spending reserved for five low-carbon business areas including biofuels, biomethane and hydrogen.

Under the plans announced on Tuesday, investment in an electrolyser at Bayernoil could deliver green hydrogen — produced using renewable energy — for that refinery, while the Cressier refinery is exploring how to turn waste into bioenergy.

“One of the lessons learned over the past decade is that there was a fascination with the new,” Sanyal said. “I actually think there is a massive opportunity around repurposing existing infrastructure.”

Sanyal’s last job at BP was as head of its gas and low-carbon energy business, most recently under chief executive Bernard Looney.

Looney has moved faster and further than many other oil and gas supermajors in his efforts to overhaul BP’s business, pledging to cut the company’s oil production by 40 per cent by 2030 as it invests in wind, solar and other green energy solutions.

BP, like its rival Shell, has pledged to cut the carbon intensity of the products it sells — also known as its scope 3 emissions — to net zero by 2050, ten years later than the target set by Varo.

Sanyal suggested smaller companies may have an advantage during the energy transition, though he noted that Varo’s new business lines would need to achieve “scale” to succeed.

“Having spent all my career in another company building the low-carbon business, I really believe that this is an opportunity for nimble, agile, entrepreneurial companies,” he said.

Varo is also targeting a 40 per cent absolute cut in the scope 1 and scope 2 emissions generated from its own operations by 2030 and a reduction to net zero by 2040.

Sanyal said Varo’s “sustainable energies” division had already generated almost 50 per cent of earnings in 2021 but that the traditional refining and fuel distribution business was set to significantly outperform this year, given soaring refinery margins and fuel prices following Russia’s invasion of Ukraine.

Vitol and Carlyle abandoned plans for a €2bn initial public offering of Varo Energy in 2018. Asked about whether a future listing remained possible, Sanyal said only that Vitol and Carlyle remained “committed shareholders”.