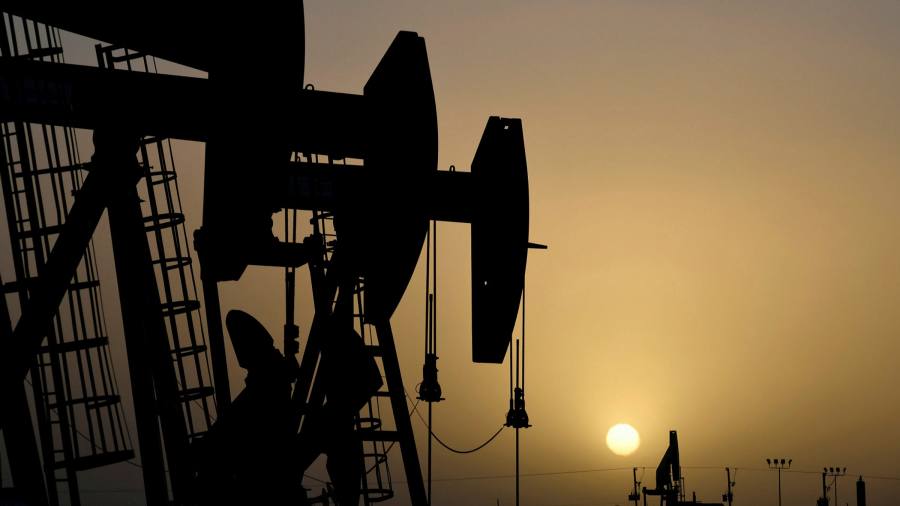 Steaks and oysters Rockefeller were once served to oil executives at Opal’s Table restaurant in Midland, Texas.

This week, the business, on the ground floor of an office building housing oil companies, closed its doors to customers to cook kerbside meals for the needy. “It appears that the winds are going to change very drastically,” said owner Chip Hight.

An economic cyclone is ripping through Midland and the rest of Texas, a $1.8tn economy and the leading oil-producing state in the US. Texas’s oil output quadrupled in the past decade, with the Permian basin surrounding Midland at the heart of the shale boom.

Now the Covid-19 outbreak has led to government stay-at-home orders and emptied normally busy roads. The collapse in fuel demand has halved the value of Texas crude amid an all-out price war between Saudi Arabia and Russia, threatening tax revenue, oil output and investment.

“As much a tragedy as the coronavirus is, most states are dealing with one problem. Texas is dealing with two because we’re dealing with coronavirus and the dramatic drop in oil and gas prices,” said Dale Craymer, president of the Texas Taxpayers and Research Association and a former state budget director.

Wes Perry, chairman of oil and gas explorer PBEX and a former Midland mayor, said the sudden bust recalled the mid-1980s, when Saudi Arabia chose to open its taps in a quest for market share and drove West Texas Intermediate crude to $10 a barrel.

But the simultaneous disappearance of oil demand because of the coronavirus pandemic makes this price collapse unique.

On Friday, Plains All-American, a pipeline company, was offering sellers $17.50 a barrel for WTI, whose peak this year was $63 in January.

With a broad set of industries that includes healthcare, transport and tech, the Texan economy is more diverse than its reputation suggests. For years, the state has been socking away a portion of taxes on oil and natural gas production into a rainy-day fund.

Yet it remains vulnerable to lower prices. With oil taxed at 4.6 per cent of the value of crude, every $1 decline in the oil price costs the state $85m a year in tax revenue, Mr Craymer’s group estimates.

The oil and gas production taxes were expected to bring in about $5.5bn a year in the current budget cycle, of which $1.6bn would annually be transferred to the rainy-day fund, according to revenue estimates released in October by the comptroller. The estimates assumed a $58 oil price.

Texas comptroller Glenn Hegar had estimated the rainy-day fund would total $9.35bn by the end of the current budget in 2021, but he has since told legislators in Austin that “we will likely be revising that balance down”, his spokesman said.

Sales taxes account for a majority of revenues funding the state’s $60bn a year budget; Texas has no personal income tax. While sales tax will decline in the short term as people stay home, it will probably be hit in the longer term by a fall in oil industry spending.

After the last big fall in oil prices in 2016, sales tax revenue retrenched by 2.3 per cent, Mr Hegar’s office said.

“As far as the ‘Texas Miracle’” — the state’s oft-touted outperformance of the rest of the US economy — “it’s on ice for the time being,” Mr Craymer said.

More than 155,000 Texans filed claims for unemployment benefits last week, a ninefold increase from the previous week and the most in records dating back more than 30 years, the US Department of Labor reported.

At the Permian Basin Workforce Board, a jobs agency with its headquarters in Midland, physical offices have been closed to the public to prevent coronavirus contagion but phone lines “have been inundated with calls”, said Willie Taylor, chief executive.

Analysts now expect Texas oil output will begin to decline by the second half of 2020 as exploration and production companies cancel drilling contracts. A WTI price of $49 a barrel is needed to profitably drill, according to a survey of industry executives by the Federal Reserve Bank of Dallas. Two in five said their businesses would become insolvent within two years if crude stayed at $40.

“My outlook on the domestic oil and gas industry has never been bleaker,” one executive told the Dallas Fed. Another grimly joked: “What is the difference between a Texas oilman and a pigeon? The pigeon can put down a deposit on a new Mercedes.”

Houston-based Occidental Petroleum, the largest Permian oil producer, this week made a second round of cuts to its investment budget and slashed salaries. Chevron, which less than a month ago planned to more than double Permian production, snipped $2bn of planned capital spending for the basin and said production would end the year a fifth below earlier guidance.

Mr Taylor of the workforce board said some Permian companies were cutting working weeks from 40 hours to 32, while others were simply firing people. “It’s just like it happened overnight,” he said.